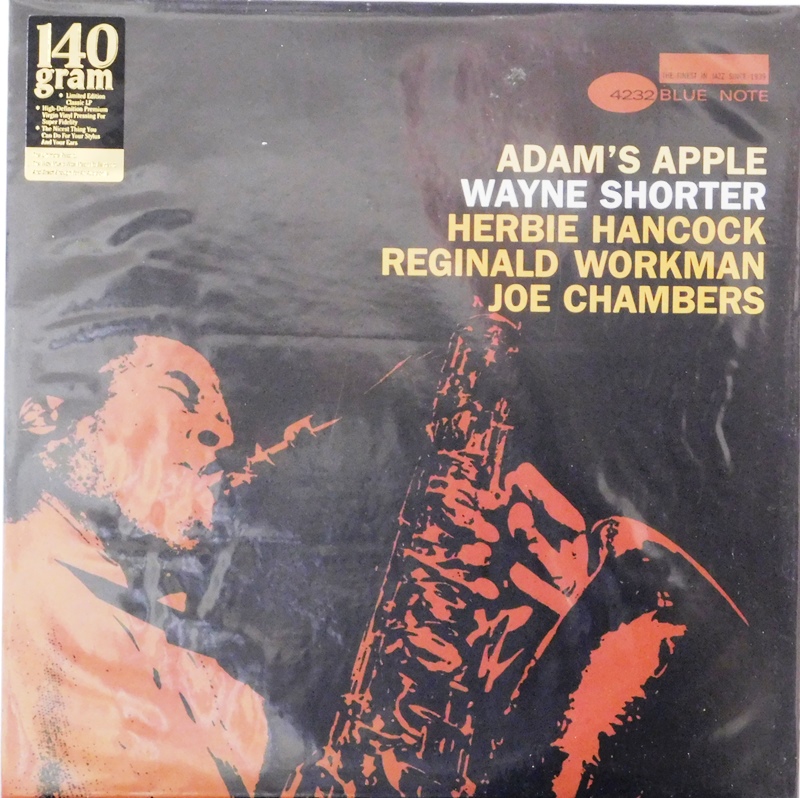 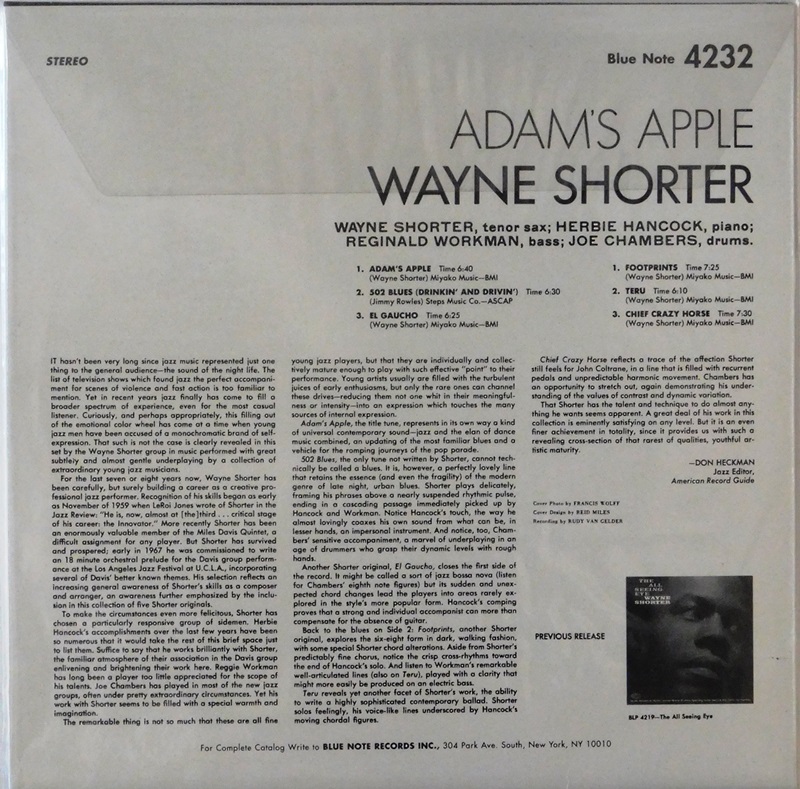 Adam's Apple is the tenth album by post-bop jazz artist Wayne Shorter. Released in 1967, it included the first recording of his composition "Footprints", later recorded by the Miles Davis Quintet on the album Miles Smiles.

The Allmusic review by Stacia Proefrock states "it really does rank with the best of his output from this incredibly fertile period. From the first moments when Shorter's sax soars out in the eponymous opening track, with its warmth and roundness and power, it is hard not to like this album. It might not be turning as sharp of a corner stylistically as some of his earlier works, like Speak No Evil, but its impact is only dulled by the fact that Shorter has already arrived at the peak of his powers. Taken in isolation, this is one of the great works of mid-'60s jazz, but when Shorter has already achieved a unique performance style, compositional excellence, and a perfectly balanced relationship with his sidemen, it is hard to be impressed by the fact that he manages to continue to do these things album after album. But Shorter does shine here, while allowing strong players like Herbie Hancock to also have their place in the sun".[3]