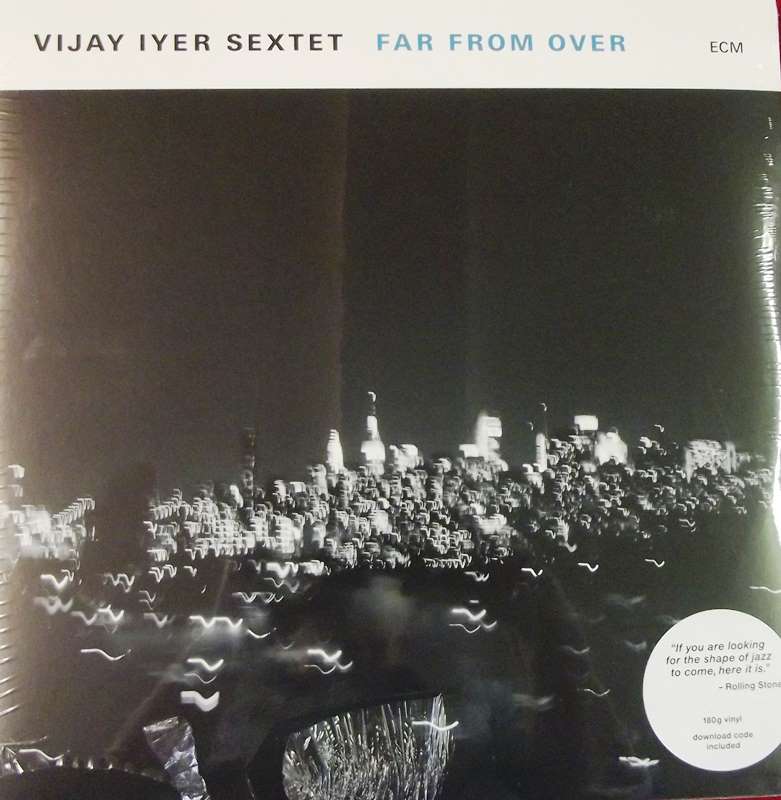 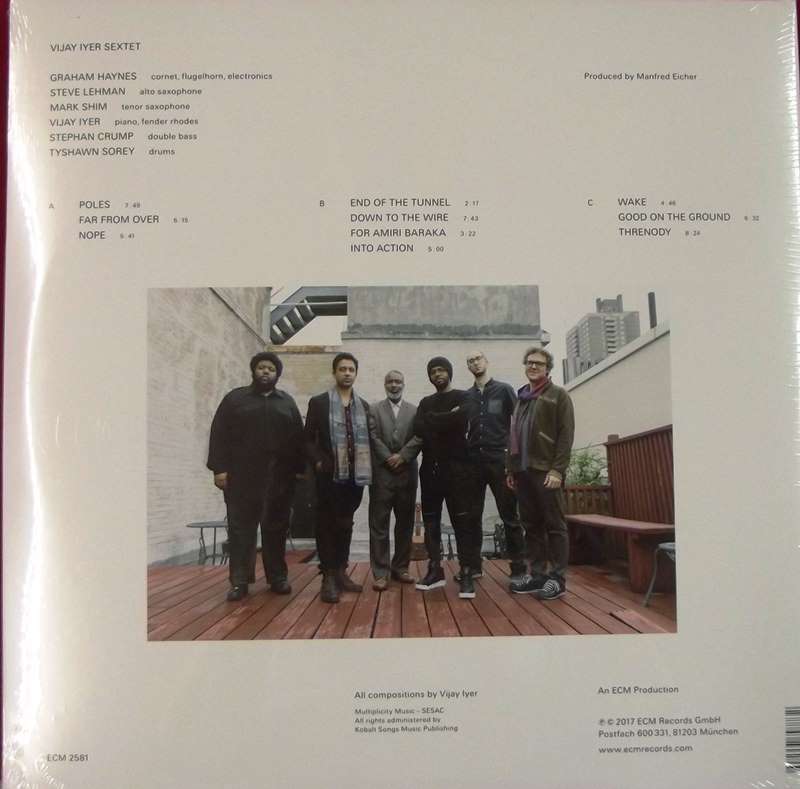 Pianist Vijay Iyer's fifth album for ECM, 2017's fiery sextet date Far from Over, follows his superb 2016 collaboration with trumpeter Wadada Leo Smith, A Cosmic Rhythm with Each Stroke. Where that album found Iyer and Smith engaged in a deeply interconnected series of often abstract chamber improvisations, here we find him exploding outward, but with no less interconnectedness between him and his bandmates. Joining Iyer is his adept sextet featuring cornetist Graham Haynes, alto saxophonist Steve Lehman, tenor saxophonist Mark Shim, bassist Stephan Crump, and drummer Tyshawn Sorey. Together, they play with an exuberance and a flair for group interplay that brings to mind such classic ensembles as Miles Davis' late-'60s groups and Herbie Hancock's Mwandishi band. The Hancock influence explicitly comes to mind here on cuts like the eerie "Wake" and the spacy "End of the Tunnel," in which Haynes' cornet, filtered through a soupy, acidic delay, swims like an aquatic alien through Iyer's endless Fender Rhodes and piano soundscapes. Similarly, the hip-hop slow-burn-funk of "Nope" finds Haynes, Shim, and Lehman dropping dissonantly soulful melodic statements like shards of glass onto Iyer's warm Rhodes bed. Elsewhere, Iyer's group dives headlong into a tantalizing cross-cultural aesthetic on cuts like "Far from Over," with its edgy, Eastern European-meets-Indian classical folk dance rhythm, and "Good on the Ground," in which Sorey deftly bashes his way through the song's roiling post-bop raga. No less engaging are the album's more straight-ahead tracks like the rambunctious post-bop swinger "Down to the Wire" and the unnerving and elegiac "Threnody," both of which draw upon the far-eyed spirituality and muscular improvisational style of late-'60s John Coltrane. What's particularly engaging about Far from Over is Iyer and his band's sense of danger and risk-taking. Ultimately, it's that balance of harmonically adventurous exploration and no-holds-barred blowing that make Far from Over nothing short of thrilling.