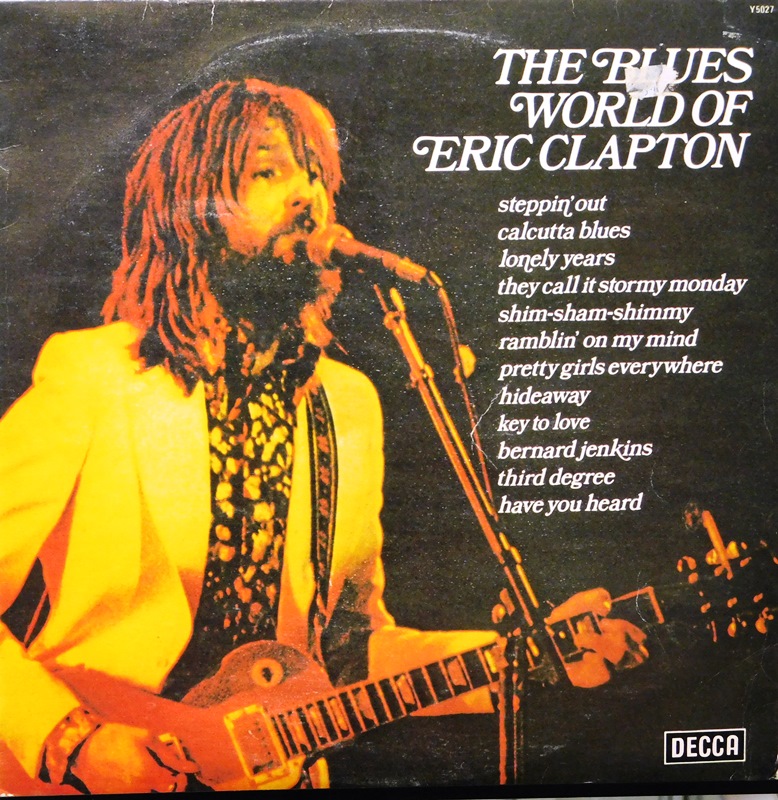 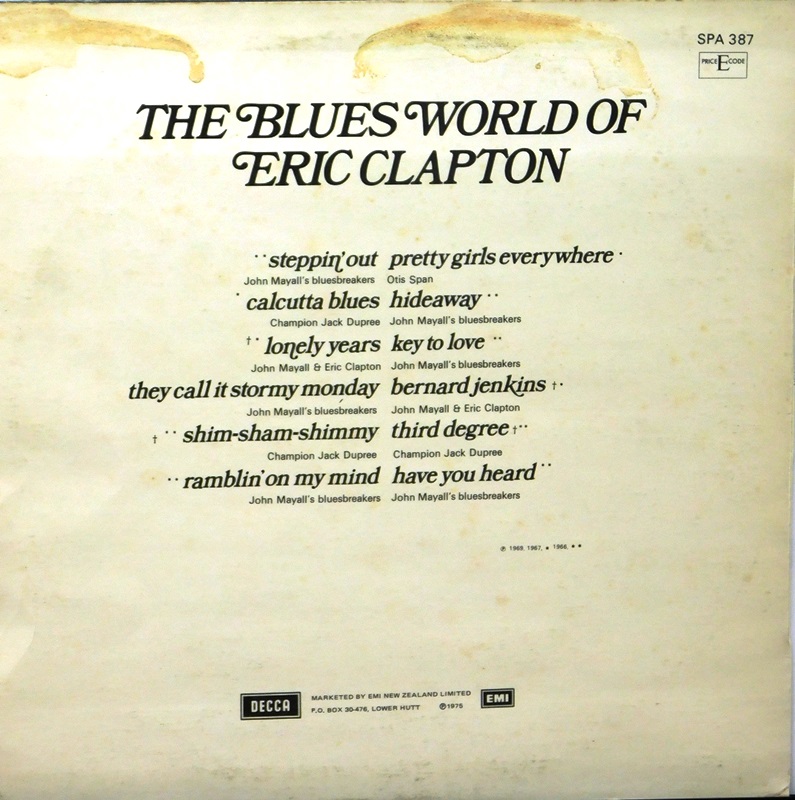 The Blues World Of Eric Clapton

Nice clean vinyl with a good cover having minor shelf wear and staining on top of rear.

The title of Decca's compilation The Blues World of Eric Clapton doesn't strictly refer to recordings made by Eric Clapton. The world in the title also encompasses songs by other bluesmen, including three cuts by Champion Jack Dupree ("Clacutta Blues," "Shim Sham Shimmy," "Third Degree") and one by Otis Spann ("Pretty Girls Everywhere"). The rest of this 12-track comp is devoted to sides Clapton recorded with John Mayall, including a few cuts from the celebrated Bluesbreakers album but also the rarities "Lonely Years" and "Bernard Jenkins," which later showed up on the Crossroads box. At the time of its release, this was a useful compilation and it's still a good one, but a lot of this stuff can be found easier elsewhere now.