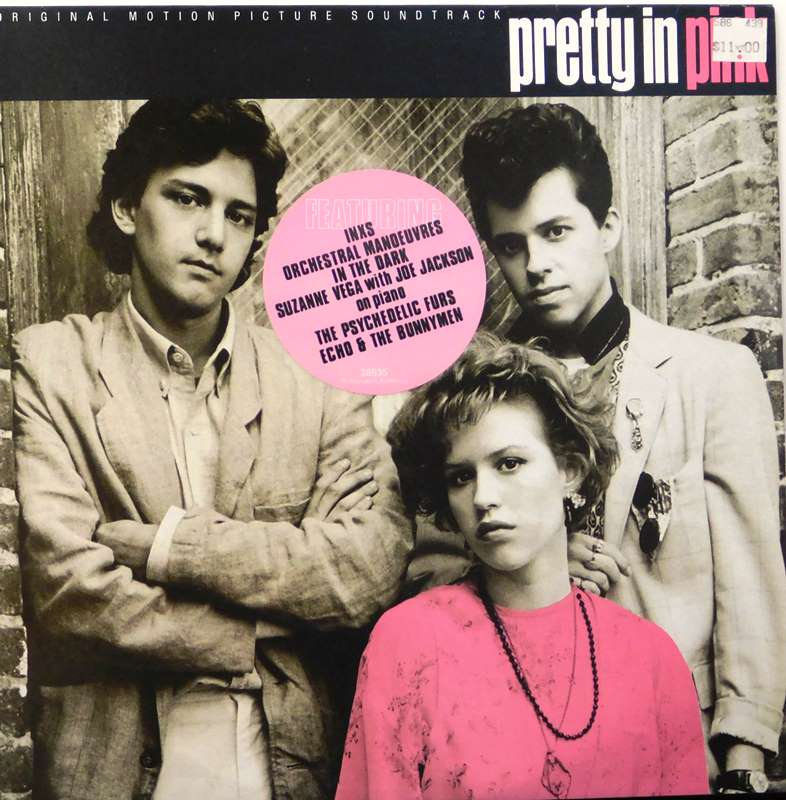 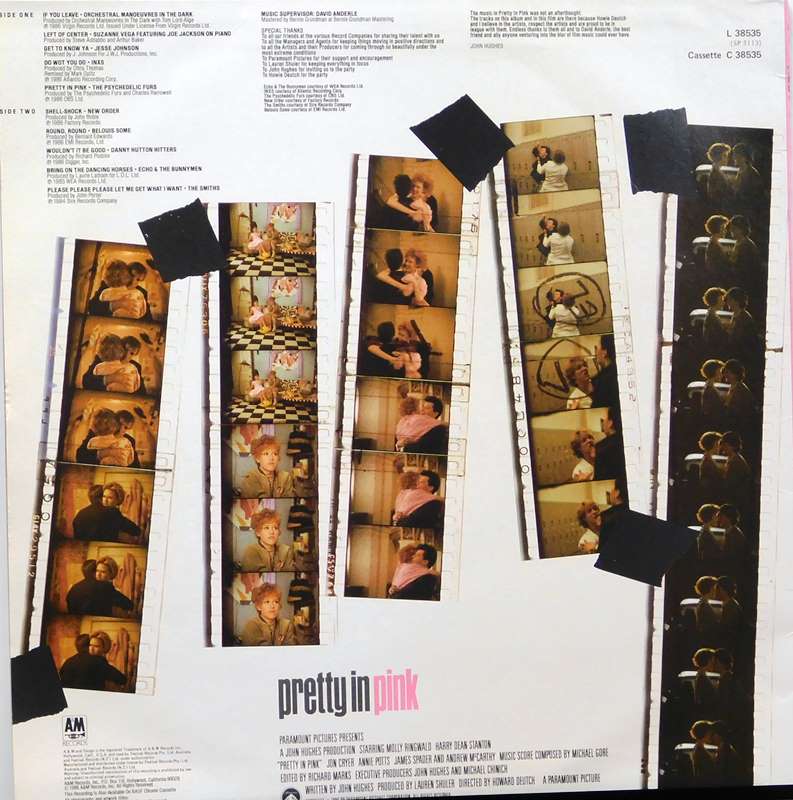 As with previous films by John Hughes, Pretty in Pink featured a soundtrack composed mostly of new wave music. While director Howard Deutch originally intended the film to primarily contain theme music, Hughes influenced Deutch's decision to use post-punk music throughout the film. The title song by the Psychedelic Furs acted as a bit of inspiration for the film and was re-recorded specifically for the film's opening sequence in a version that was less raw than the original; it was released in 1981 for the album Talk Talk Talk. "Left of Center" was remixed by Arthur Baker. The first track, "If You Leave", by Orchestral Manoeuvres in the Dark, was written in 1985 in advance specifically for the film. In addition to their song "Shellshock", New Order also had an instrumental version of "Thieves Like Us" and the instrumental "Elegia" appear in the film but not on the soundtrack. The Rave-Ups, who do appear in the film performing "Positively Lost Me" and "Rave-Up/Shut-Up" from their Town and Country album, do not have any songs on the soundtrack album. Nik Kershaw's "Wouldn't It Be Good" appears as re-recorded by former Three Dog Night vocalist Danny Hutton's band, Danny Hutton Hitters. Also noteworthy is the inclusion of Echo & the Bunnymen's "Bring On the Dancing Horses", which, according to the liner notes of the CD release of the band's compilation album Songs to Learn & Sing, was recorded specifically for the film.

The film also includes Otis Redding's "Try a Little Tenderness", which actor Jon Cryer's character "Duckie" lipsyncs to in the film, The Association's "Cherish", and Talk Back's "Rudy". These three tracks do not appear on the official soundtrack.