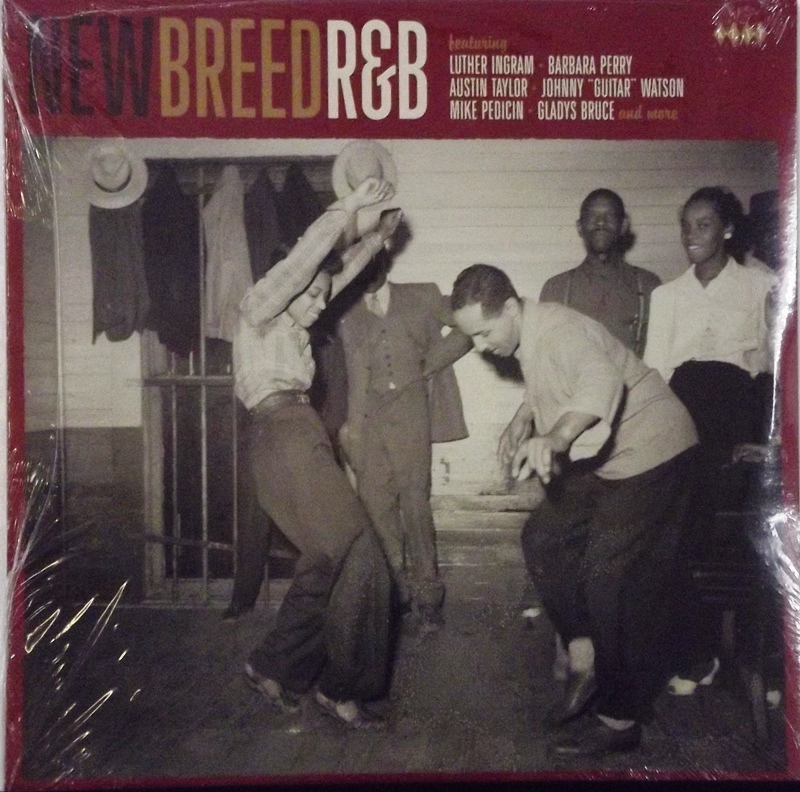 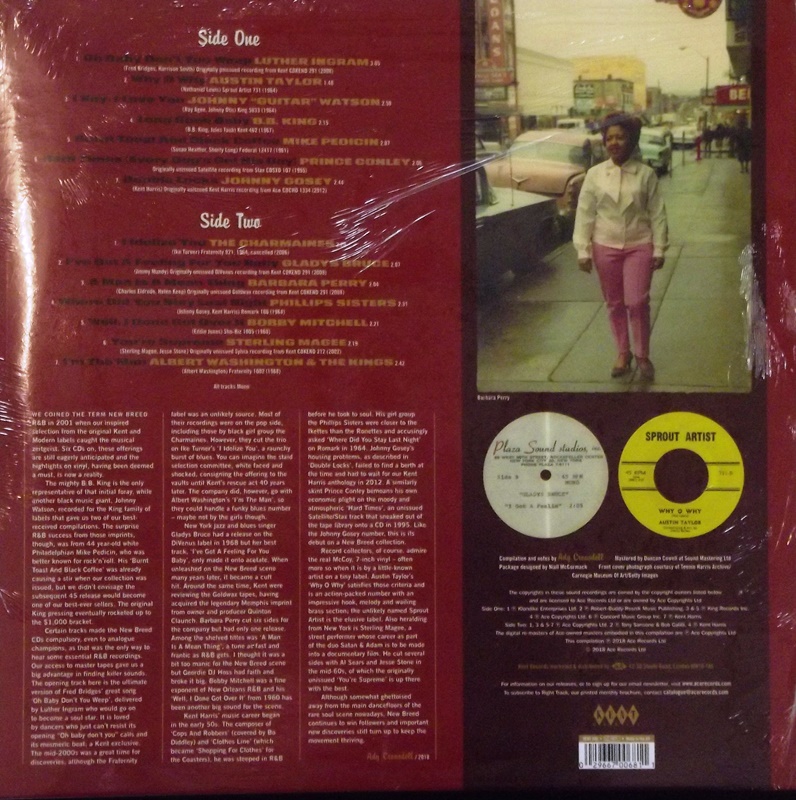 We coined the term New Breed R&B in 2001 when our inspired selection from the original US Kent and Modern labels caught the musical zeitgeist. Six CDs on, these offerings are still eagerly anticipated and the highlights on vinyl, having been deemed a must, is now a reality.

Our selection spans a 10-year time span and reflects the acceptance of differing R&B styles among New Breed followers. Monster tracks include Mike Pedicin’s ‘Burnt Toast And Black Coffee’, Luther Ingram’s ‘Oh Baby Don’t You Weep’ and the Charmaines’ ‘I Idolize You’. All of those are stone-cert floor-fillers, the latter two being Kent Records exclusives. Mike Pedicin’s waxing was relatively unknown when it opened our “King New Breed Rhythm & Blues” CD in 2002 but has gone on to epic rare oldie status; it’s £1000 for an original now. The Charmaines’ gritty reading of Ike Turner’s song was scheduled for release on Fraternity in 1964 but no copies have ever been seen and a 1955 single by Marjorie Meinert was reissued on that catalogue number instead.

Three tracks have yet to make it to the New Breed CD series. Prince Conley’s ‘Hard Times (Every Dog’s Got His Day)’ was recorded around 1962 for Stax’s first incarnation, Satellite Records, but didn’t come out until an Ace CD in 1995. New York street musician Sterling Magee once featured in a U2 video but his mid-60s recordings for Jesse Stone and Al Sears were the real highlights of his career. His ‘You’re Supreme’ has only appeared on our “Arock & Sylvia Soul Story” CD until now. Johnny Gosey’s ‘Double Locks’ tells a terrific tale of rent trouble and is culled from our “Kent Harris’ R&B Family” CD. All three make their first vinyl appearance here.

The Johnny “Guitar” Watson and Albert Washington tracks are now looked on as New Breed classics, meaning guaranteed dance action when the needle hits. B.B. King is just the greatest, so he’s on, while Bobby Mitchell represents that powerhouse city of R&B, New Orleans. Two more Kent discoveries debuted in 2008; Gladys Bruce’s ‘I’ve Got A Feeling For You Baby’ and Barbara Perry’s ‘A Man Is A Mean Thing’ both livened up the burgeoning New Breed scene. The Phillips Sisters’ Ike & Tina-esque ‘Where Did You Stay Last Night’ is one you can actually find on an original release, as is Austin Taylor’s quirky and catchy ‘Why O Why’; but it’ll cost ya!