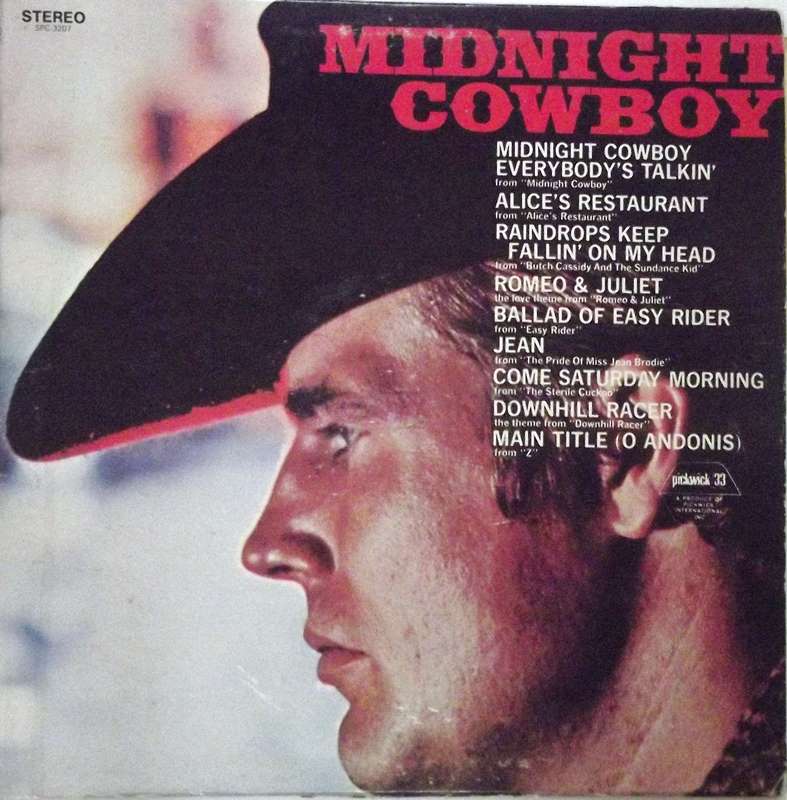 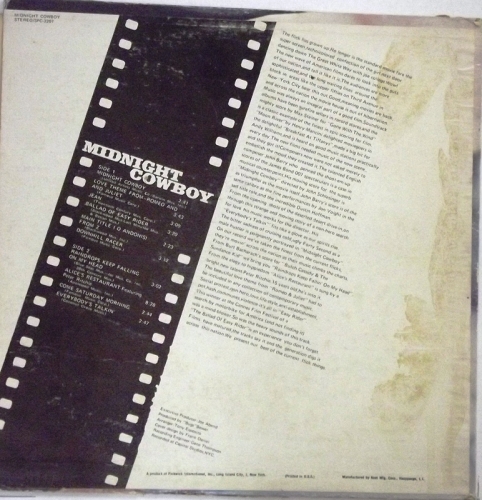 A well-above-average soundtrack, both for the contributions of top film scorer John Barry and some interesting odds and ends of late-'60s rock. The Midnight Cowboy soundtrack is most famous for Nilsson's hit single cover of Fred Neil's "Everybody's Talkin'," present in both the familiar version and a shorter one that is substantially different, particularly in its use of harmonica (which is not present at all on the single). Barry's five compositions are suitably atmospheric, the standout being the "Midnight Cowboy" theme, with its memorable languid, melancholy melody and Toots Thielemans-style harmonica; it should have been a hit single (Ferrante & Teicher had one with a less interesting cover of the tune). The album is filled out by rock from the Groop, Leslie Miller, and Elephants Memory, which is mostly period music suitable for background party scenes, though Leslie Miller's "He Quit Me" was written by a then-unknown Warren Zevon. Check out Elephants Memory's seven-minute "Old Man Willow," though, an enchanting slice of whimsical and surreal late-1960s psychedelia with trippy organ and female vocals. Elephants Memory is mostly known for briefly serving as John Lennon's backup band in the early 1970s, but this is a lot closer to Ultimate Spinach than the Plastic Ono Band.