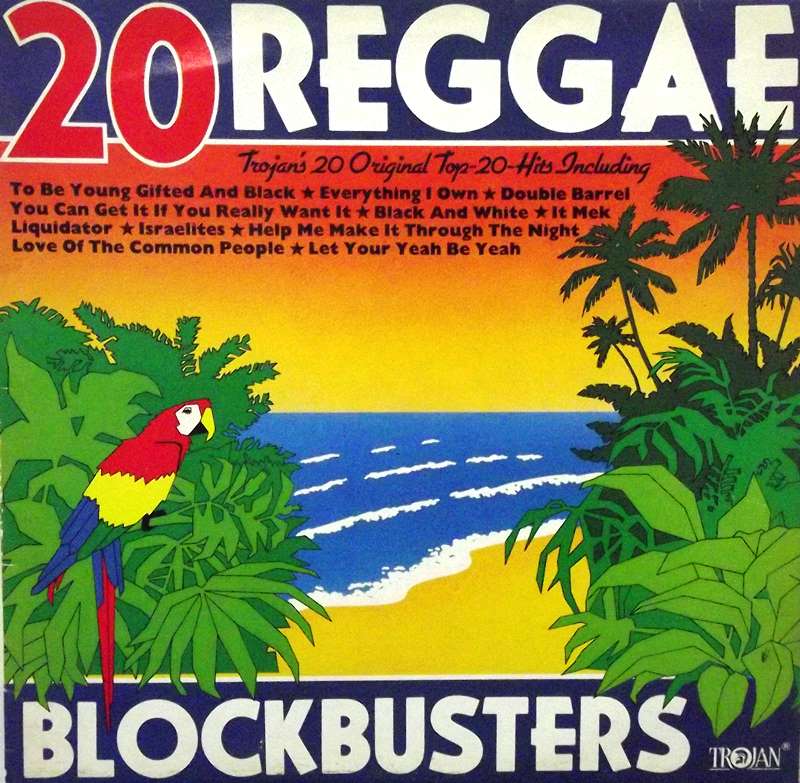 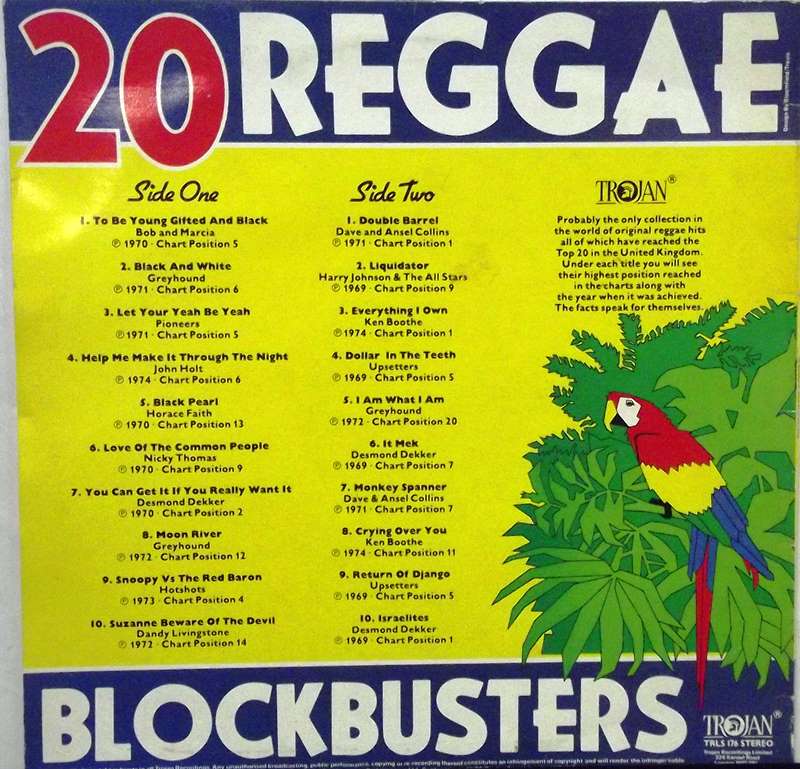 "Probably the only collection in the world of original reggae hits, all of which have reached the Top 20 in the United Kingdom," the back sleeve of this compilation proudly states. However, if you've ever perused the British charts from the late '60s through the early '70s, you'll know that isn't much of a boast. Then again, maybe you have an overwhelming desire to hear Horace Faith's cover of "Black Pearl" or Greyhound's version of "Moon River." In which case, you're probably dying to get your hands on the Hotshots' naff take on "Snoopy Vs. the Red Baron." Hey, they all came out on the seminal Trojan label, and these three even made it into the Top 15, so they must be cool, right? Wrong. However, 20 Reggae Blockbusters isn't all pop drivel set to a syncopated beat. There's also a large selection of true classics from Desmond Dekker, Dave & Ansel Collins, the Upsetters, and Harry Johnson & the All Stars. But unless you've never purchased a reggae record before, you assuredly already own the likes of "Double Barrel," "The Israelites," "Liquidator," et al. In 1981, there probably wasn't much else to choose from, except the old Tighten Up series, and that's equally flawed. Perhaps intriguing for archivists and entertaining for its kitsch value, it's albums like these that makes one thank God for the rise of specialist reissue labels.