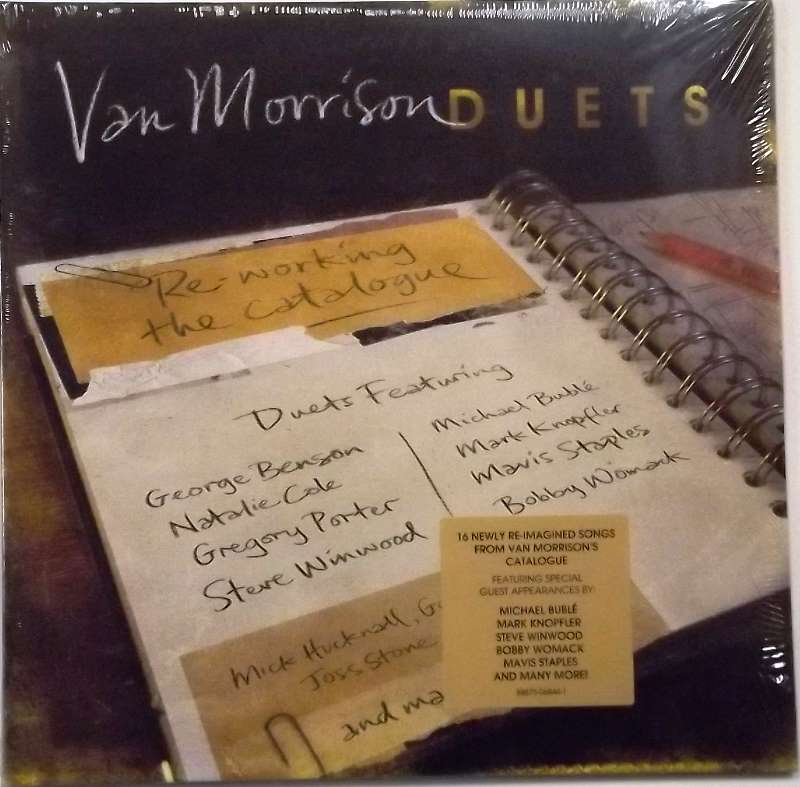 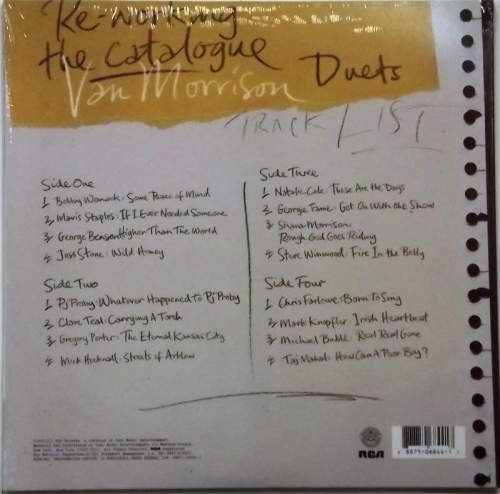 The subtitle of Van Morrison’s 35th (!) studio album is sure to generate groans from long time fans. After all, classic artists of his generation who revisit and re-record their catalogue, with or without guests, is a well-worn music industry cliché. It’s often either a desperate cash grab or an attempt to tread water waiting for inspiration to strike again.

But Morrison isn’t your typical icon and this is a delightfully revitalized outing. He dusts off, revisits, reinterprets, and rearranges 16 generally obscure gems personally plucked from the hundreds of songs (360 notes the promo sheet) he has written. He also matches the tracks with handpicked vocalists, some way under the public radar, which he respected and wanted to record with. Unlike other projects of this nature where the participants were never in the same room and the entire affair was constructed by clever overdubbing, Morrison insisted he be face to face in the studio with his singing partners.

This yields serious sparks that could not be generated any other way. The closing romp with Taj Mahal on the bluesy “How Can a Poor Boy” quickly proves how two masters are invigorated by each other’s energy for a rollicking romp that makes the original (buried in 2008’s Keep It Simple) seem like a demo. Morrison’s work here with peers such as the late Bobby Womack on the peppy, string laden soul of “Peace of Mind” (rescued from ‘91’s Hymns to the Silence), Steve Winwood reinvigorating “Fire in the Belly” (1997’s The Healing Game), George Benson and Mavis Staples is revelatory. The latter was one of the young Morrison’s early influences and  hearing them duet on his 1970 nugget “Lord, If I Ever Needed Someone,” this album’s earliest copyright, feels like a homecoming for Morrison whose spiritual side has always played a prominent part in his approach.

Considering the uneven quality that has plagued various Morrison releases, this one has no weak moments. Not only are these songs well worth rediscovering, but the guest vocalists make them generally better, and certainly more animated, than the originals.

It’s a win-win for Morrison, who consistently sounds inspired, and his singing partners, all of whom bring their “A” game. They help make what could have been a forgettable, tossed off, commercially driven, contract fulfilling item into one of the singer’s more memorable projects. And with a catalog as rich and deep as Van Morrison’s, that’s high praise indeed.