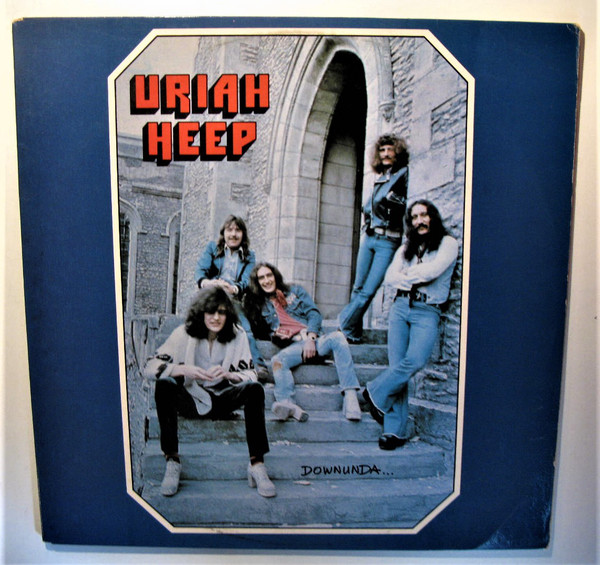 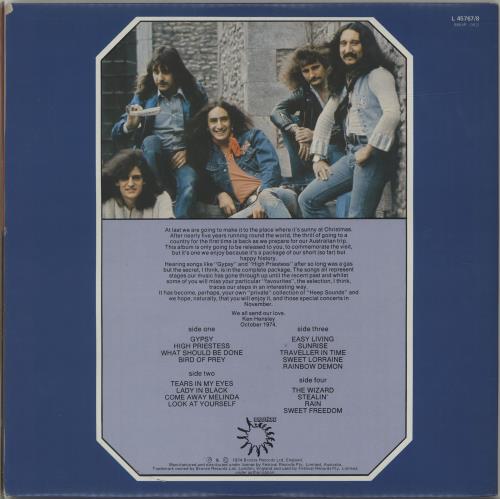 Uriah Heep were disdained by many critics at the time, possibly partly for being alleged Zeppelin ripoffs. But in retrospect they were undoubtedly a darn fine seventies band, only the next rung down from the monsters of the era, Zeppelin, Purple etc. Admittedly my version of this album is just the songs I liked most collected onto one side of cassette, but what a classic tape it is!

Most of the time the Heep rocked out with keyboard-laden proggy heavy rock, tearing the eardrums with classics like "Gypsy", "Traveller in Time" and their undoubted greatest song, "Easy Living". Their ballads however, are also just superb. For example the beautiful "Come Away Melinda", a sad song of reminiscence about what it was like before "the war" .. when civilisation was wiped away by the big bombs ..

Great songs. "Tears in my Eyes", "Sweet Lorraine", "Rainbow Demon". The Heep played in Sydney only last year, but sadly I missed the show, even after having bought a ticket. But I heard they were "just fantastic".