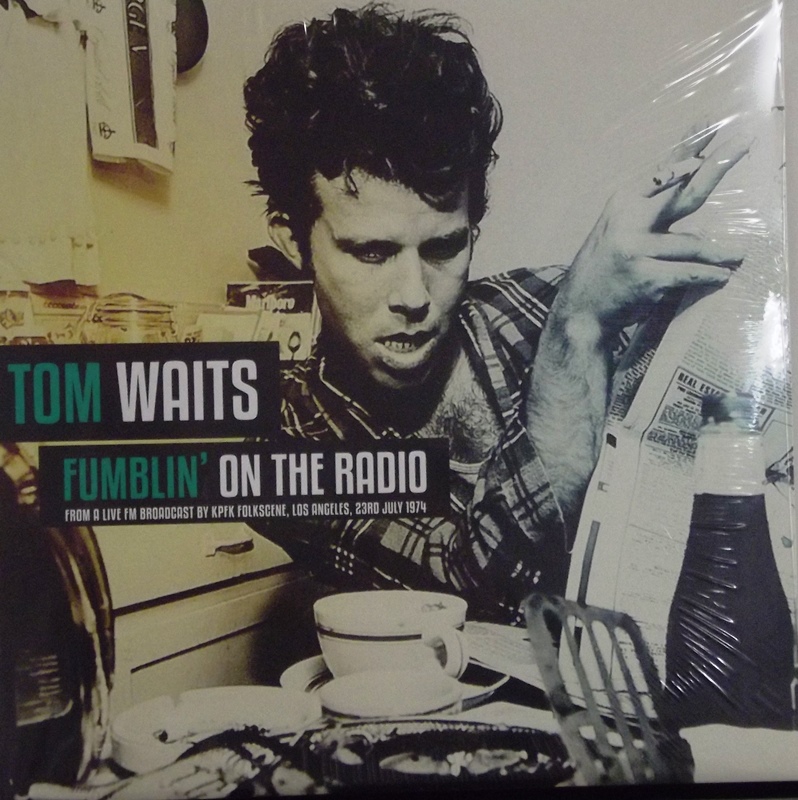 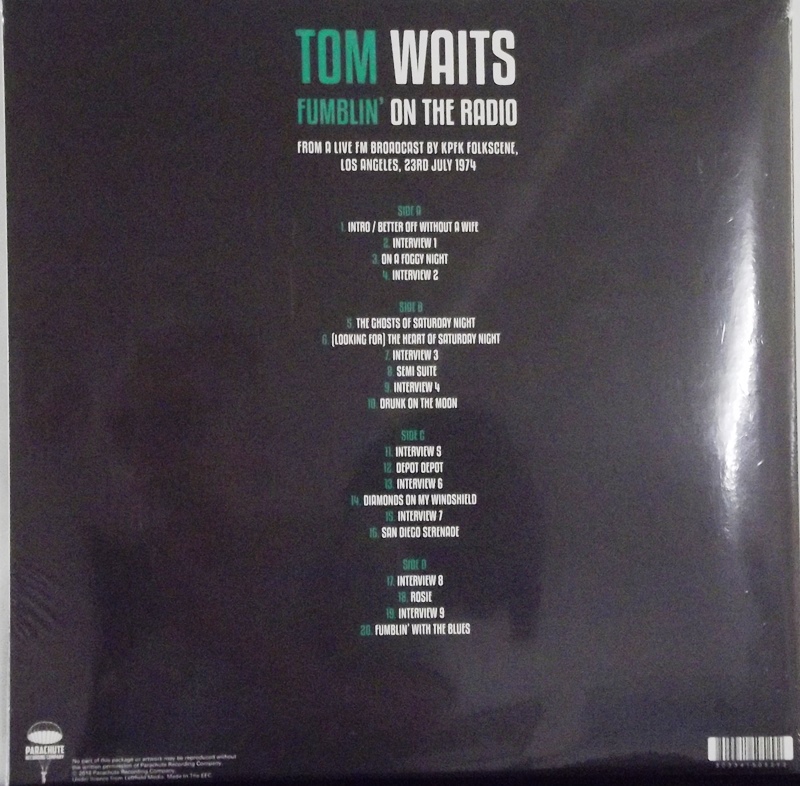 About a month before the release of Tom Waits' sophomore album The Heart Of Saturday Night, he dropped by KPFK-FM out of Los Angeles, on July 23, 1974, to appear on an episode of the station's famous and highly regarded Folk Scene program. Presented by Howard Larman since 1970, the Sunday evening show was known for playing an eclectic blend of roots music and featuring all manner of singer/songwriters in session. The likes of Richard Thompson, Willie Nelson and Ry Cooder were among those who performed live on the show across its 30 year run; Waits himself played and was interviewed by Larman on three separate occasions. His second appearance is the one presented on this fascinating 2LP-set, during which Tom performs a number of tracks from his upcoming record and a couple from his debut Closing Time, released the previous year, mixed throughout with some in-depth chat with Larman, revealing much about his mood and ambitions at this time in his career.