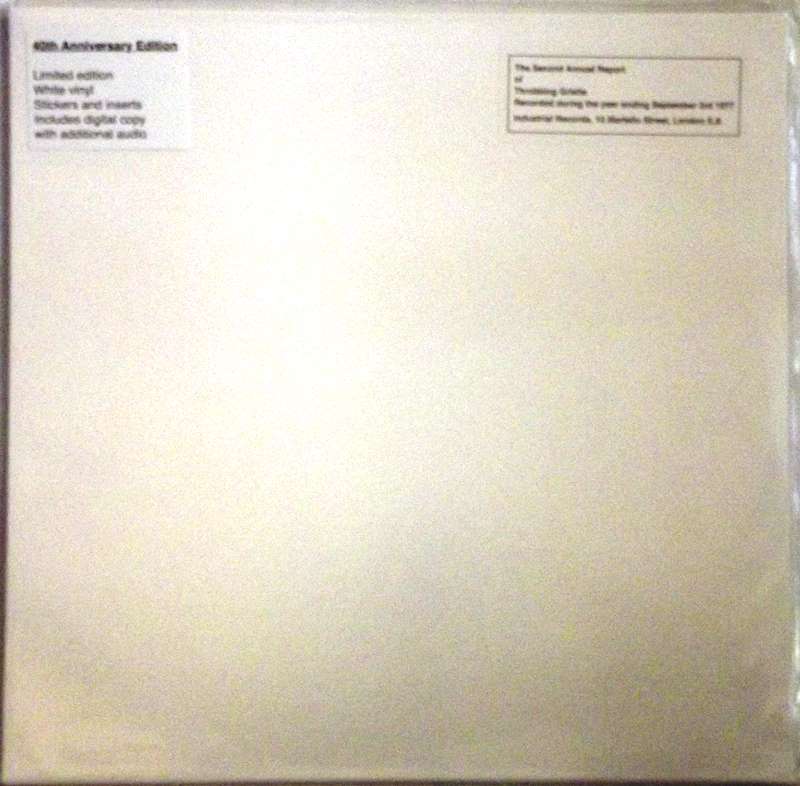 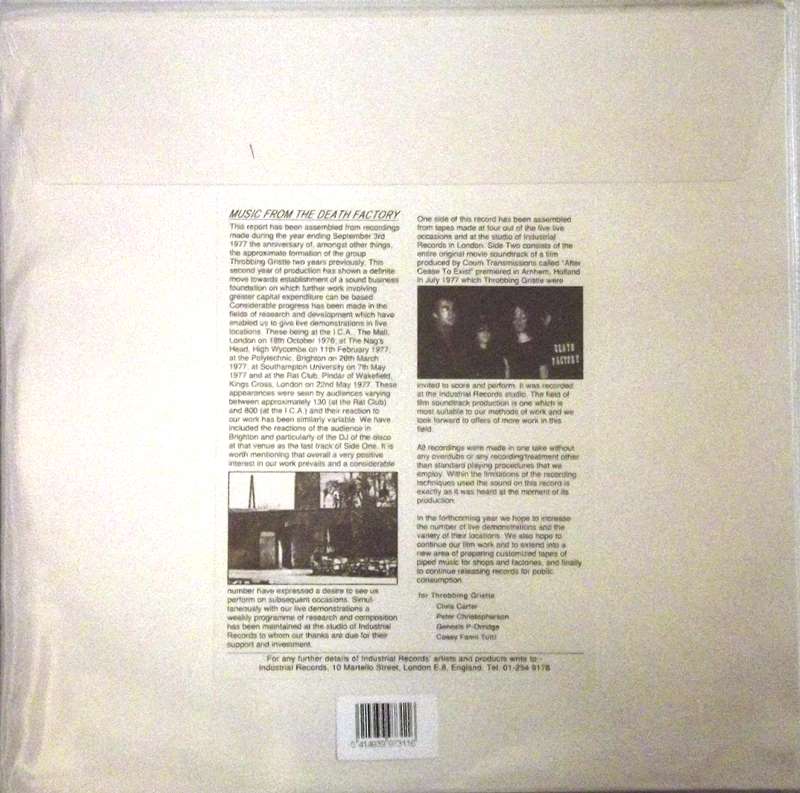 The Second Annual Report is the debut album by English industrial music pioneers Throbbing Gristle, released in November 1977 through Industrial Records. It is a combination of live and studio recordings which date from October 1976 to September 1977.

The Second Annual Report is considered to be influential within electronic music, being one of the first industrial music albums.[1]

The original vinyl edition went through several pressings. Industrial Records's original pressing totaled 785 copies, while Fetish Records pressed 2,000 copies. Fetish would press the album twice more after the original Industrial Records master plates were destroyed. The third edition was included in the five-album Throbbing Gristle box set; the album was recut to play backwards and included a chamber orchestra on the track "After Cease to Exist". The Fetish plates were reused to cut pressings made by Mute Records and Celluloid Records, the latter of which was supposedly released without the band's permission. (At the very least, the Celluloid issue is known to have poor sound quality.)[2]