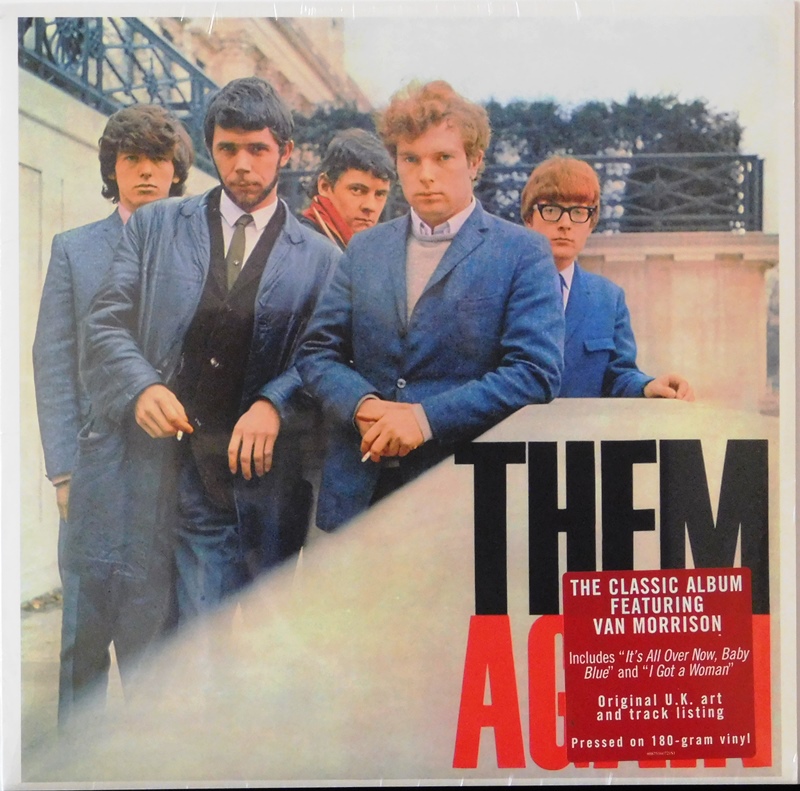 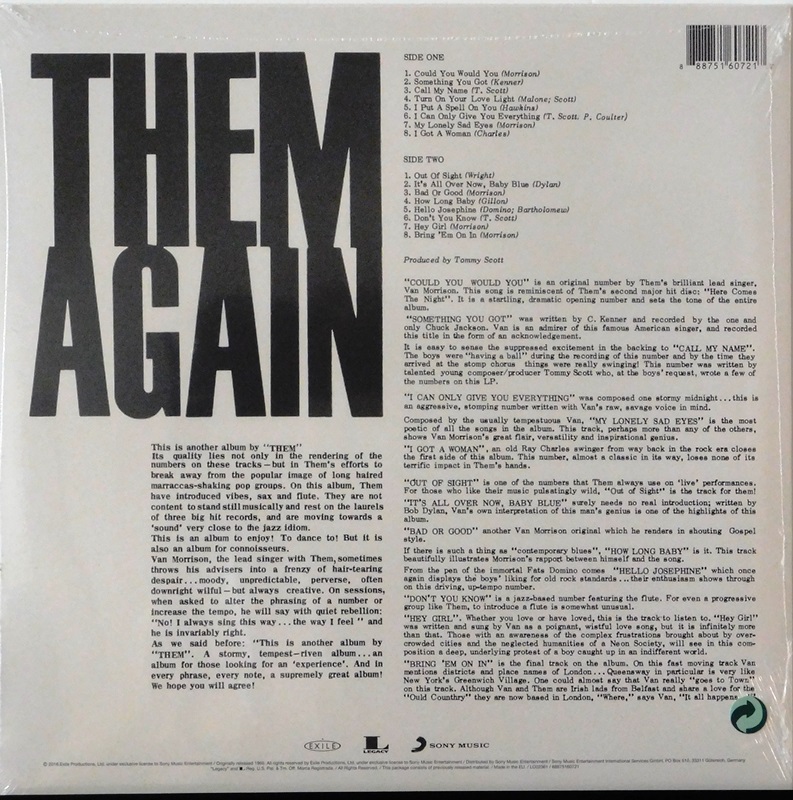 Them Again is the second album by the Northern Irish band, Them, whose lead singer and songwriter was Van Morrison. The album was released by Decca Records in the UK on 21 January 1966 but it failed to chart.[2] In the U.S. it was released in April 1966 where it peaked at #138 on the Billboard charts.[2]

Two of the original Van Morrison songs included on the album, "My Lonely Sad Eyes" and "Hey Girl", can be seen as precursors to the poetic musings of Morrison's later Astral Weeks album, released in 1968. "My Lonely Sad Eyes" begins with the words, "Fill me my cup, and I'll drink your sparkling wine/Pretend that everything is fine, 'til I see your sad eyes."  The title implies that the sad eyes belong to the singer but the lyrics address the singer's love interest. The song "Hey Girl" has a pastoral feel to it, enhanced by the addition of flutes and in Brian Hinton's opinion is a "dry run for 'Cyprus Avenue'" from Astral Weeks. The cover version of Bob Dylan's "It's All Over Now, Baby Blue", is considered by author Clinton Heylin to be "that genuine rarity, a Dylan cover to match the original."[3] Among the Van Morrison originals and cover versions found on the album, three of producer Tommy Scott's original compositions are also included.

Like "Gloria" from the first LP, "I Can Only Give You Everything" was a popular song performed by a number of US garage bands around the country, and was covered by groups like The Liverpool Five, The Little Boy Blues, The MC5, Bram Rigg Set, The Ambertones, REM, NYC garage rock band The Broadcasters LP "13 Ghosts" on Enigma Records 1987) produced by Wayne Cobham from the MC5, an obscure garage band from San Jose called The Heros. The song was also covered by English hitmakers The Troggs and in French by Les Sultans (as "Tu es impossible") and Ronnie Bird (as "Chante").