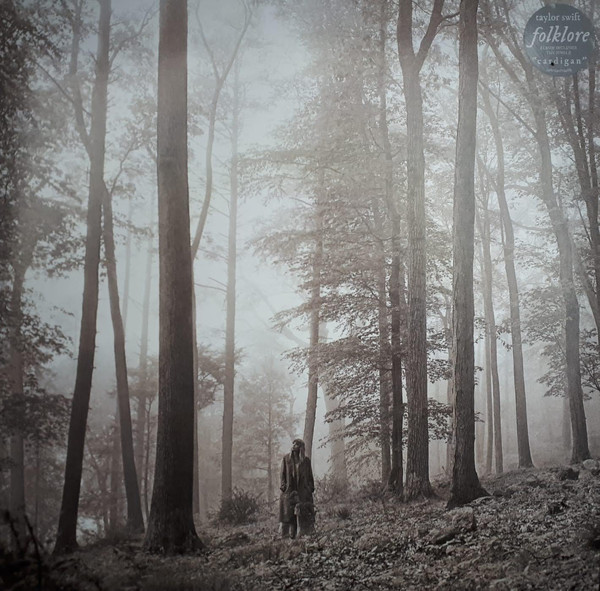 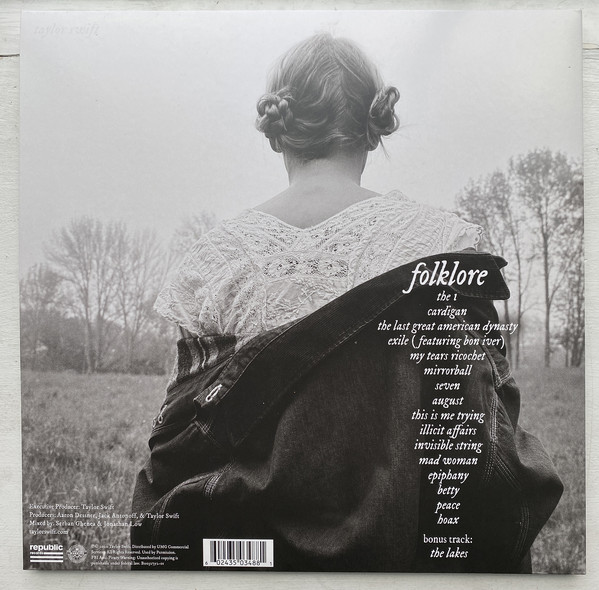 olklore (stylized in all lowercase) is the eighth studio album by American singer-songwriter Taylor Swift. It was a surprise album, released on July 24, 2020, via Republic Records. Swift conceived Folklore in quarantine during the COVID-19 pandemic as "a collection of songs and stories that flowed like a stream of consciousness" out of her imagination, and collaborated with producers Aaron Dessner and Jack Antonoff virtually.

Departing from the upbeat pop sounds of its predecessors, Folklore consists of mellow ballads driven by neo-classical instruments, pursuing indie folk, alternative rock, and electroacoustic styles. The album explores themes of escapism, empathy, romanticism, nostalgia, and melancholia in its lyrics, through a set of characters, fictional narratives and story arcs, in contrast to the autobiographical tone of Swift's previous projects. The title was inspired by the singer's desire for the music to have a lasting legacy akin to folk songs, whereas its artwork and aesthetic reflect cottagecore.

Upon release, Folklore broke the Guinness World Record for the biggest opening day on Spotify for an album by a female act. Three of its tracks reached the top 10 of the official charts in eight countries, namely "Cardigan", "The 1" and "Exile", the first of which is the album's lead single and marked Swift's sixth number-one song on the US Billboard Hot 100. Folklore was Swift's seventh consecutive number-one album on the US Billboard 200, where it reigned atop for eight weeks and became the best-selling album of 2020. Amongst the various other countries it topped the charts in, the album has been certified platinum in Australia, Denmark, New Zealand and the United Kingdom.

Folklore was met with widespread critical acclaim, centering on its emotional weight, poetic lyricism and relaxed pace. Critics found its introspective essence timely for the pandemic and regarded it a bold reinvention of Swift's artistry. The album prominently featured on the 2020 year-end best albums lists from publications, ranking first on many and often referred to as the quintessential lockdown record. It won the Album of the Year at the 63rd Annual Grammy Awards, making Swift the first female artist in history to win the honor three times, following the victories for Fearless (2008) and 1989 (2014). Folklore was performed live in Swift's concert documentary Folklore: The Long Pond Studio Sessions, which released on November 25, 2020, two weeks before the release of Folklore's sister album, Evermore. A demo version of "The Lakes", the bonus track on the deluxe edition of Folklore, was released on July 24, 2021, to commemorate the album's first anniversary.