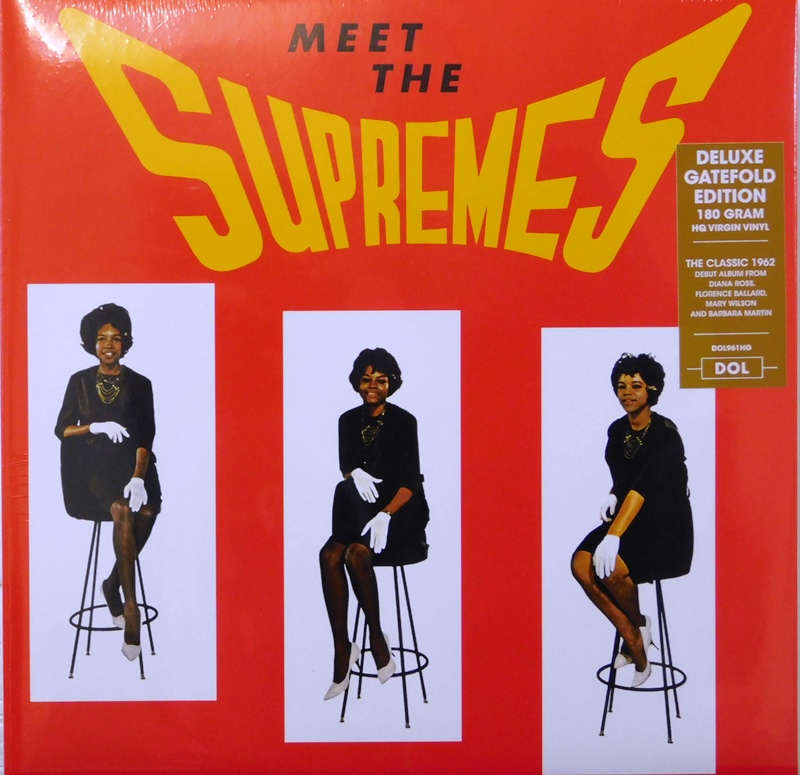 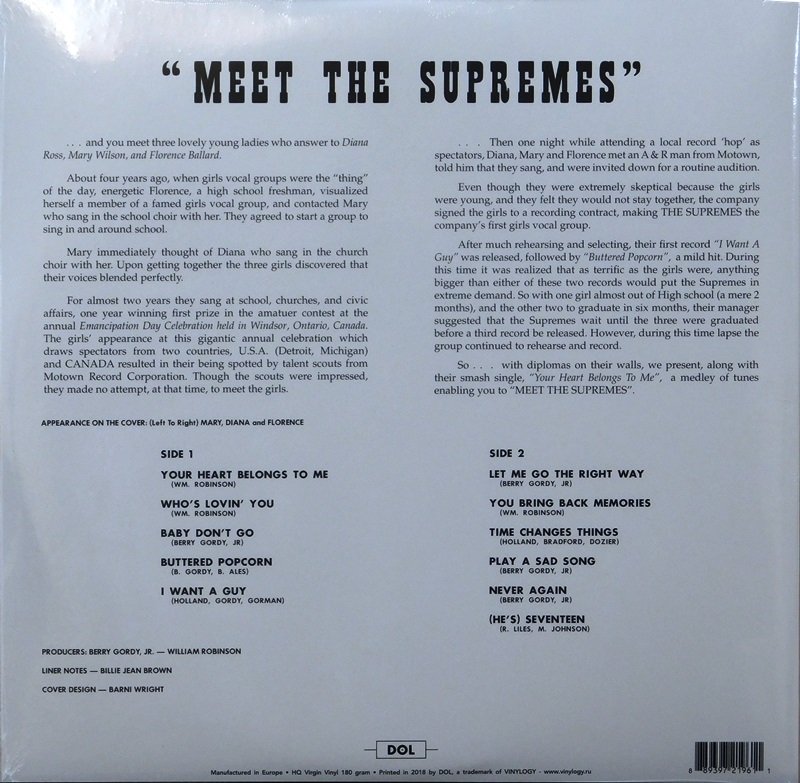 Meet the Supremes is the debut studio album by The Supremes, released in late 1962 on Motown.  The LP includes the group's earliest singles: "I Want a Guy", "Buttered Popcorn", "Your Heart Belongs to Me" and "Let Me Go the Right Way". The earliest recordings on this album, done between fall 1960 and fall 1961, feature the Supremes as a quartet composed of teenagers Diane Ross, Mary Wilson, Florence Ballard, and Barbara Martin. Martin left the group in early 1962 to start a family, and the other three girls continued as a trio. Martin is not pictured on the album because of her departure earlier in the year; although her vocals are present on the majority of the recordings on the album (as well as other recordings made during that period), she never received any royalties from album sales. She does have a spoken interlude line (as do the other group members) on the bridge of the song "(He's) Seventeen", and also sings lead on "After All", a song recorded for but not originally included on the album. Along with these songs, Ballard and Wilson are heard out front on other songs as well. Wilson sings lead on "The Tears" (another former non-album track) and "Baby Don't Go"; Ballard has leads on a handful of songs as well (see below), including "Buttered Popcorn" and the short intro line to "Let Me Go the Right Way".

None of these singles charted within the top 40 of the Billboard Pop Singles chart, leading to the group being referred to around the Motown offices as the "no-hit" Supremes. By the time of their next LP, Where Did Our Love Go, the Supremes would have two top 40 hits to their name, one of them, "Where Did Our Love Go", a number-one hit.

Meet The Supremes was originally issued only in monaural sound. A stereo remix of the album, with a new cover, was issued along with the original mono version in 1965. Additionally, a deluxe two compact disc edition was released by Hip-O Select in the spring of 2010, which included both the mono and stereo versions of the album, as well as several outtakes, non-album tracks and live performances.

The original album track order contained ten songs.  Side 1: Your Heart Belongs To Me; Who's Lovin' You; Baby Don't Go; Buttered Popcorn; I Want A Guy.  Side 2:  The Boy That Got Away; You Bring Back Memories; Play A Sad Song; Never Again; (He's) Seventeen.  This configuration was withdrawn to include the current hit, "Let Me Go The Right Way" and the B-side, "Time Changes Things".  "The Boy That Got Away" was withdrawn from the line-up, giving the album 11 tracks.  [Deluxe Version "Meet The Supremes" 2010].

Though the album made little to no impact on the US album charts, in 1962, when it was released in the UK in 1964 it managed to peak at #8 on the UK Albums Chart, with some versions of the UK album having a slightly different track listing which featured some songs from their next album Where Did Our Love Go.