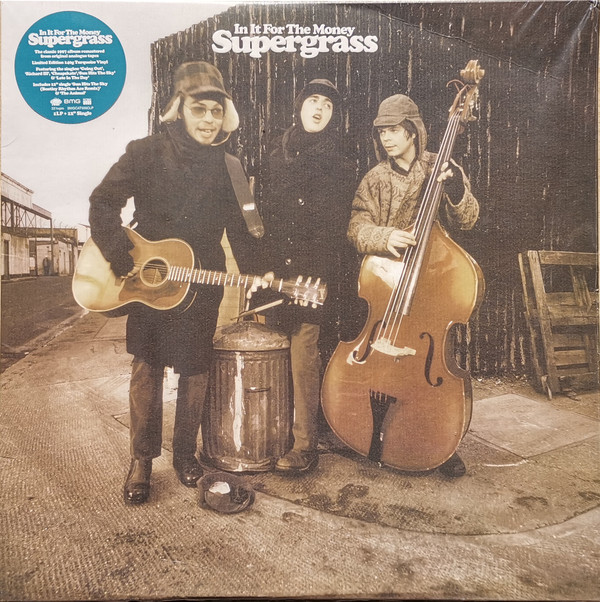 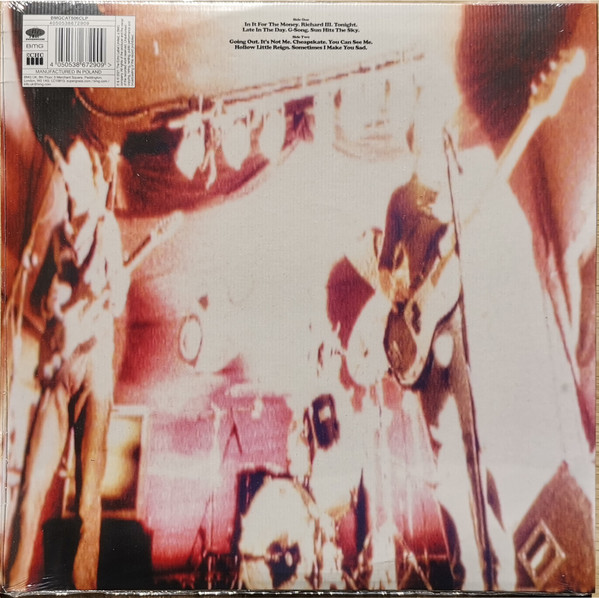 In It For The Money (Turquoise Vinyl)

180g  Tyrquoise Vinyl LP With A Bonus 12" Vinyl Single On White Vinyl!
Remastered From The Original Analog Tapes!
First Time On Vinyl Since 1997!

Supergrass' hugely successful second album, which reached #2 in UK Album Charts in 1997, amassed 300k sales in the UK and over a million worldwide since release. Voted 10th Best Album of 1997 (NME) and included in '1001 Albums You Must Hear Before You Die', it featured the hit singles: "Going Out" (UK #5), "Richard III" (UK #2), "Sun Hits the Sky" (UK #10) and "Late In The Day" (UK #18). Following the successful "Strange Ones" Deluxe Boxset and a sold out world tour in 2020, this brand new expanded edition of In It For The Money features remastered audio from analogue tape on 180G black vinyl. LP also includes 12" single "Sun Hits The Sky (Bentley Rhythm Ace Remix)" / "The Animal" on 140g White Vinyl. Not available on LP since original release.

On its second album, the cleverly titled In It for the Money, Supergrass brought the songs to the forefront, slowing the tempos considerably and constructing a varied, textured album that makes the band's ambition and skill abundantly clear. -Stephen Thomas Erlewine, AllMusic.com, 4.5/5 stars

Released in 1997, Money was the sound of a band not wanting to slow down their commercial momentum after the success of their debut I Should Coco while also wanting to play in different modes and moods than the frenzied guitar pop they were known for. The evolution feels smooth and natural. Frontman Gaz Coombes' brother Robert helped shape these songs with his keyboard work, and the band delights in slower tempos to show off their instrumental prowess and bring in a horn section, acoustic guitars and extra percussion as needed. Money was one of the finest albums to arrive amid the swell of Britpop's '90s heyday and has lost none of its dynamism and joy nearly 25 years later. -Robert Ham, Paste Magazine