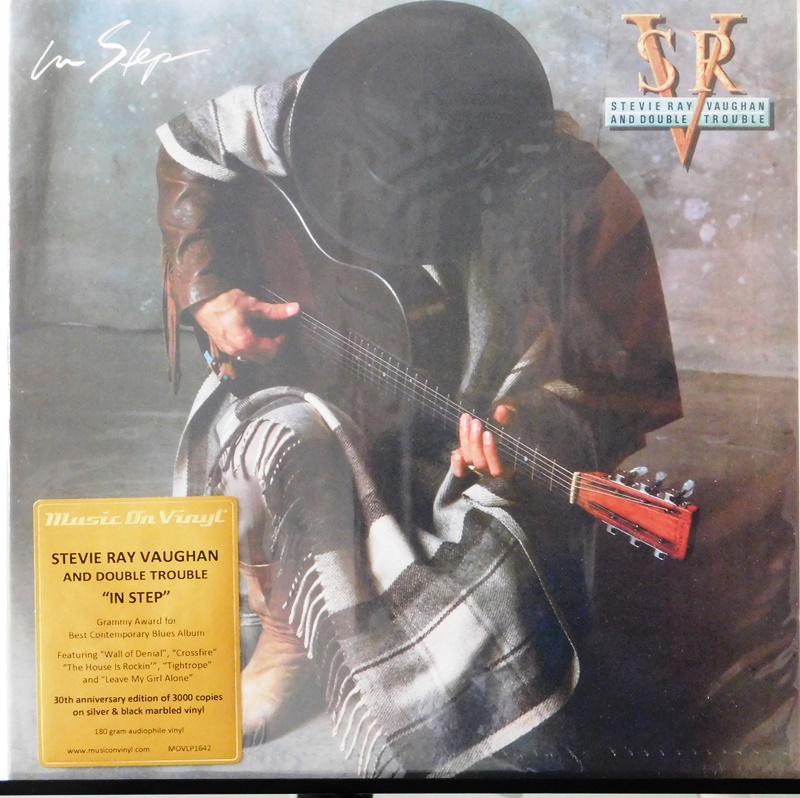 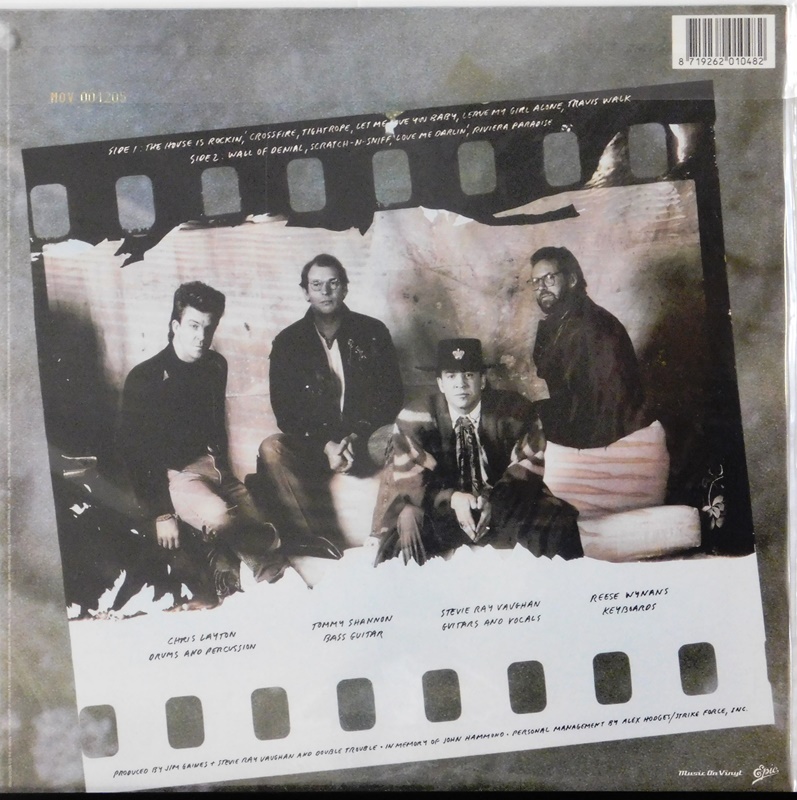 In Step (Black and Silver Vinyl)

In Step is the fourth studio album by Stevie Ray Vaughan and Double Trouble released in 1989.  The title In Step can be seen as referring to Vaughan's new-found sobriety, following the years of drug and alcohol use that eventually led Vaughan into rehabilitation. It was also Vaughan's final album with Double Trouble. In 1990, he recorded a collaboration album with his brother, Jimmie Vaughan, called Family Style; later that year, Stevie Ray Vaughan died in a helicopter crash.

The album received universal acclaim. Critics called it Vaughan’s best album, with some even saying it was one of the best albums of the year. It received praise for solidifying Vaughan’s unique style, his consistent songwriting, and his clean and sweet sounding guitar playing, while some criticized it for some songs (mainly Tightrope and Wall of Denial) sounding too personal, and too unrelatable to the general public.