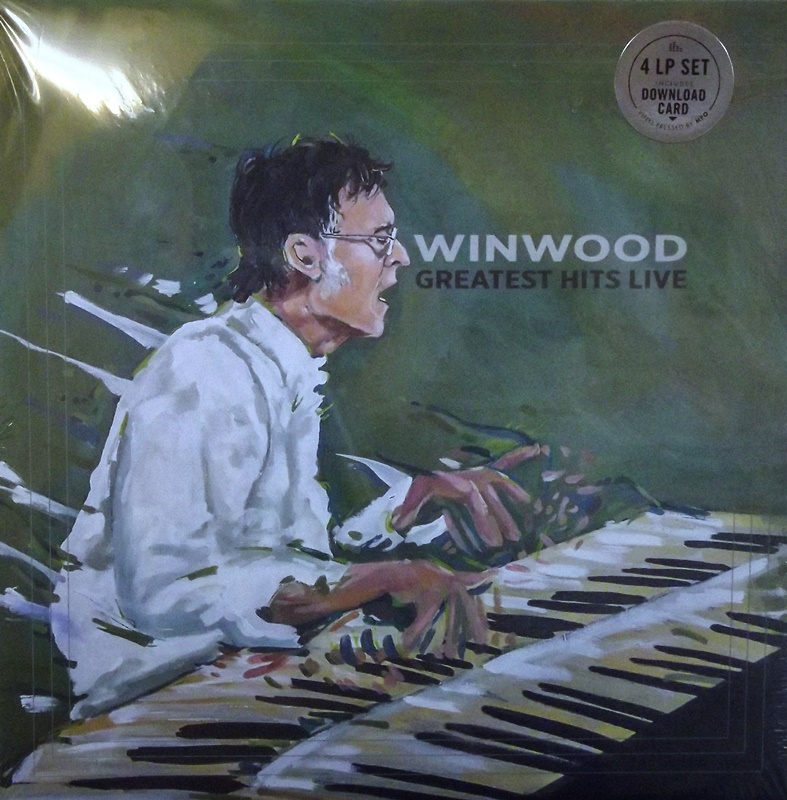 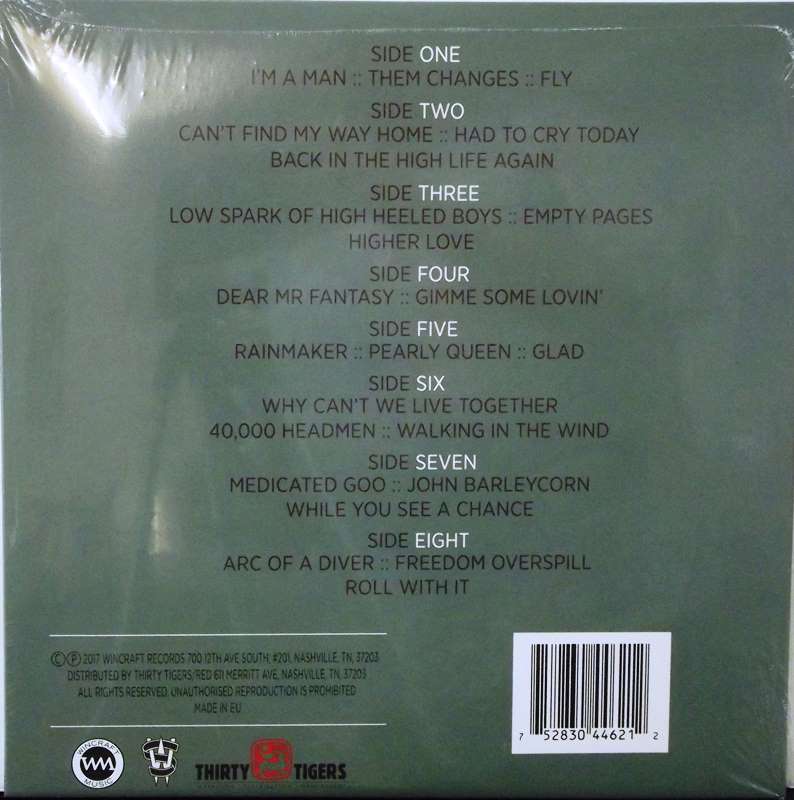 The material on 'Winwood: Greatest Hits Live' is a collection of songs sourced from Winwood's personal archives of live performances. With a 23-song tracklist handpicked by Winwood, featuring his best loved songs, 'Greatest Hits Live' offers fans a definitive musical portrait of his five-decade career.

"I'm excited about the release because I have recorded every show for many years and so it evoked many memories of the performances and reactions from the fans over the years who have supported me," says Winwood. "I suppose it is sort of a tribute to the band members and crew I've been fortunate to have with me on the road. The songs were chosen for being the ones most recognized throughout my career which have left an impression and so I hope the record will be a souvenir that brings to mind happy memories of a good time experienced at one of my shows."

Featured songs include "Gimme Some Lovin'", "Back In The High Life Again", "Can't Find My Way Home", "Arc Of A Diver", "Higher Love", "Roll With It", "While You See A Chance", "Dear Mr. Fantasy", and "The Low Spark Of High Heeled Boys", among many others.

For more than five decades and over 50 million records sold since he burst into prominence at the age of 15 with the Spencer Davis Group, Steve Winwood has remained a primary figure in Rock 'n' Roll, a respected innovator who has helped to create some of the genre's most celebrated achievements. His skills as a composer, vocalist, and multi-instrumentalist have developed an impressive catalog of popular music.

Winwood, named one of the 'Greatest Singers Of All Time' by Rolling Stone Magazine, is a recipient of the Ivor Novello Outstanding Song Collection, the BMI Icon Award, the Musicians Union Classic Rock Award, the Nashville Symphony Harmony Award and has been nominated for 11 Grammys, winning two. Steve has received Honorary Doctorate degrees in Music from Berklee College of Music, Aston University in Birmingham, England; and from The University of Gloucestershire. In 2004, Traffic was inducted into the Rock and Roll Hall of Fame, and the following year, he was honored for his "enduring influence on generations of music makers" by BMI. In 2002, he had the distinct honor of performing at The Golden Jubilee of Elizabeth II

at Buckingham Palace, a concert marking her 50 years as queen; he also performed for President Obama at the 2013 Kennedy Center Honors in Washington, D.C. On June 5th 2014, he was inducted into the Walk of Fame in Nashville, TN.

Steve Winwood forges ahead undaunted, continuing to create and perform new and exciting material. He remains one of the most important and influential artists in all of popular music.