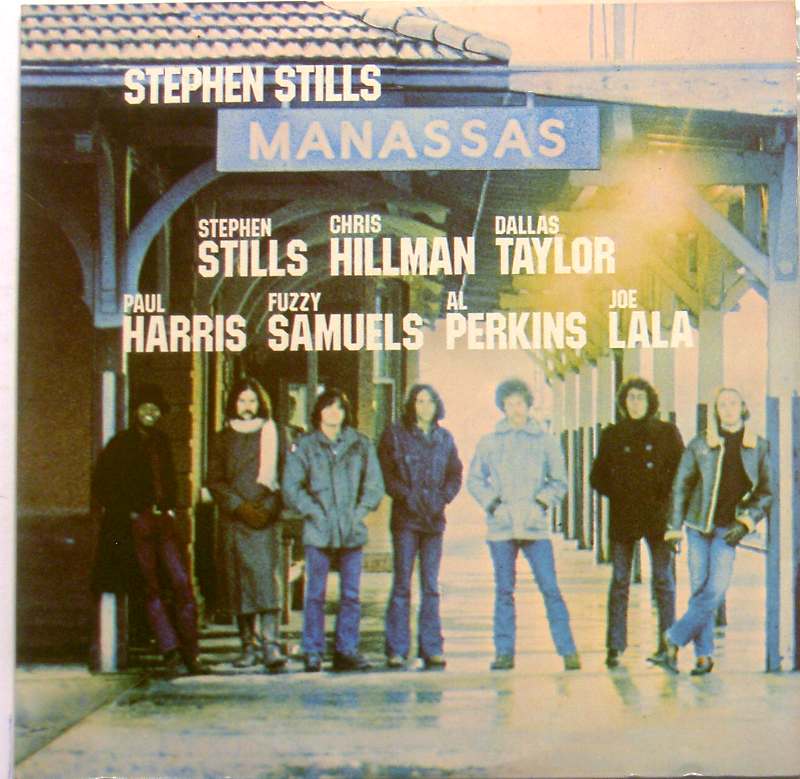 Manassas is the 1972 debut double album by  Stephen Stills' new band of the same name, released April 1972. It was a critical comeback for Stills, and continued his commercial success by being shipped Gold only a month after being released[3].

The album was recorded at Criteria Studio B late 1971, where Stills used his clout to keep the studio and engineers Ron and Howard Albert – available around the clock. The band all stayed in a rented house about 30 minutes away from the studio, in Coconut Grove. This allowed Stills to record the album around the clock, waking up band members in the early hours of the morning when an idea struck. Stills would also record for mammoth sessions often going on for days, until Chris Hillman and Stills got into a fight, and they started to record at regular hours. Al Perkins and Dallas Taylor had a rule where they wouldn't do any more than seven takes for a single track, so often Stills would stay in the studio till morning time editing after releasing the band at 4 or 5 am.[4] The band then flew to Stills' house in London in January 1972 to finish recording, mix, and rehearse for the upcoming tour starting in March 1972. It was here that Bill Wyman of the Rolling Stones plays bass on and co-authored "The Love Gangster" and is reported to have said that he would have left the Stones to join Manassas.[1]