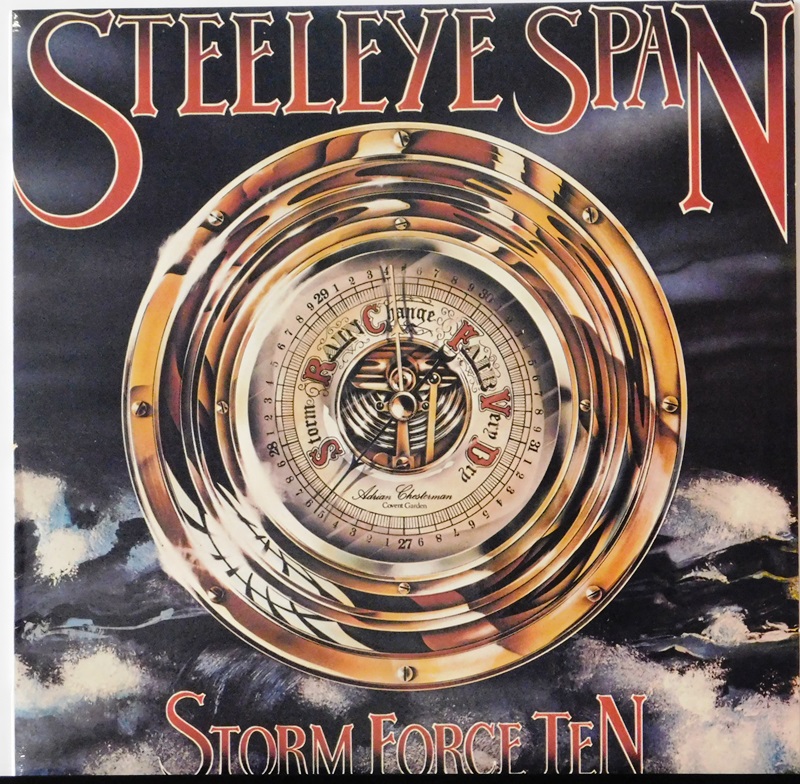 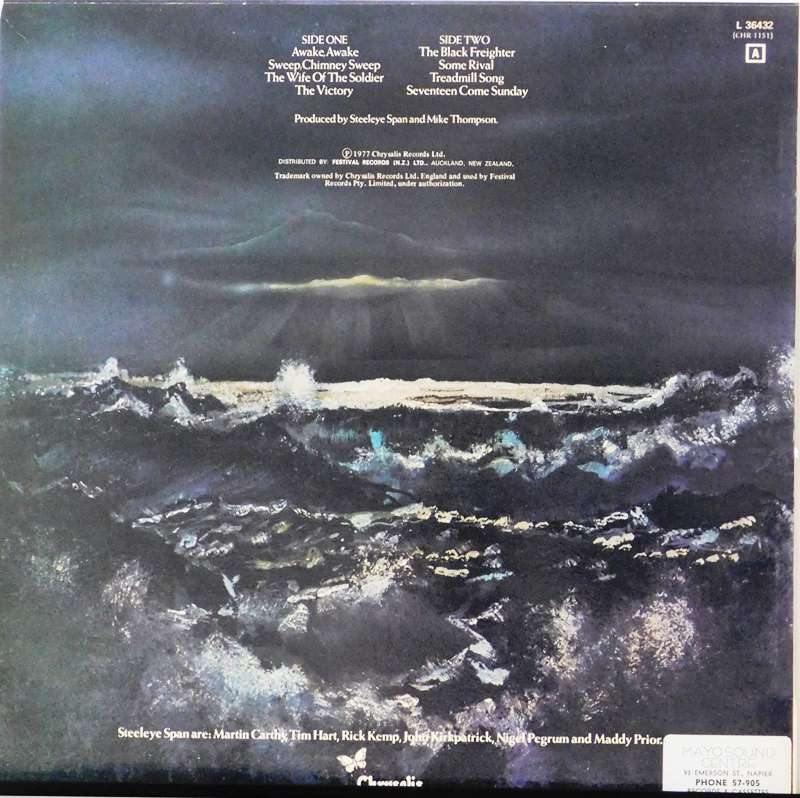 Until their 2013 album Wintersmith, released 36 years after Storm Force Ten, this album was the band's last production to reach the charts, topping out at 191 on Billboard's Pop charts. After Rocket Cottage, Bob Johnson and Peter Knight left the band. As there was still a contractual obligation, they invited Martin Carthy back again. Back in 1971 when Martin Carthy had joined he had recommended John Kirkpatrick but they decided on fiddler Peter Knight instead. This time they accepted his recommendation and Kirkpatrick's fiery accordion playing replaced Knight's fiddle.

John Tobler writes on the 1996 reissue of Storm Force Ten:

Steeleye's ninth original LP, Rocket Cottage was released in late 1976, and appeared only weeks before 'Anarchy in the UK', the debut single by The Sex Pistols, which may have contributed to the less than spectacular chart showing of the Steeleye LP. It was again produced by Mike Batt, but when the follow up to a Top 10 album fails to reach the Top 40, something is amiss.

The title may refer to the fact that Storm Force Ten is their tenth album or it may be a reference to tensions the band was experiencing after producing 10 albums in just 7 years and performing almost continuously during that period.  Mike Batt pressured the band to record Rocket Cottage in only one week. The band nominally broke up after the album was released.  Shortly after the album was released vocalist Maddy Prior released her first solo album.

The band had occasionally sung quite long songs - "Long Lankin" on "Commoner's Crown", "The Victory" here, and "Montrose" (over 15 minutes) on their next (live) album. Arguably "The Victory" is the best[citation needed] of their long tracks because of the masterful variations in tempo, instrumentation and choice of voices. The biggest surprise[citation needed]was the inclusion of two Brecht songs. Martin Carthy had sung "Wife of the Soldier" on Byker Hill, using Brecht's words, but the music of Johnny Scott instead of the original music by Kurt Weill. The same arrangement is used here. PJ Harvey later recorded it, as did the Oysterband and Marianne Faithfull. "Pirate Jenny" (The Black Freighter) had been recorded by Judy Collins in the 1960s and it was later to be sung by Barbara Dickson. Maddy gives these two Brecht songs an appropriate flavour of cynicism.[citation needed] According to Hugh Fielder in the pop paper Sounds in 1977, there is an uncredited musician here - Mike Batt playing synthesizer.

The album is unusual in that it is the only Steeleye album that does not use a fiddle at all.[citation needed]  Instead John Kirkpatrick plays accordion, giving the whole album a very distinct sound from the rest of the band's output.[citation needed] No other Steeleye studio album features an accordion, although Hark! The Village Wait features a concertina on several songs.

The album cover is by the English commercial artist Adrian Chesterman,[3] who was also responsible for creating album art for, amongst others, Motörhead for their 1979 'Bomber' album and Chris Rea for his 1989 'Road To Hell' album.