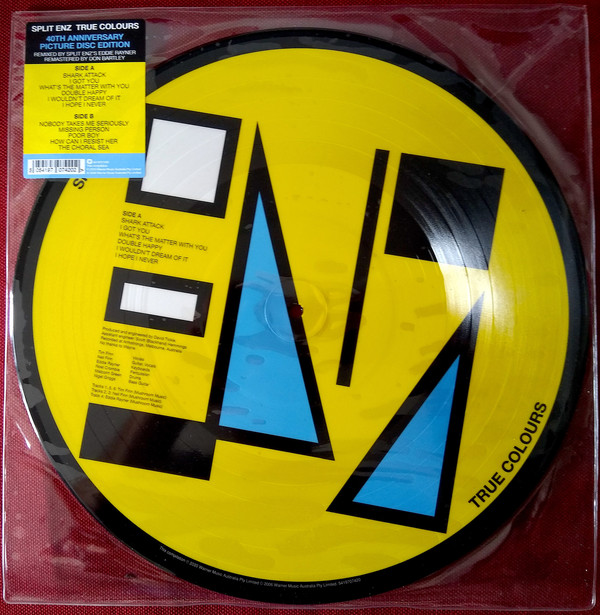 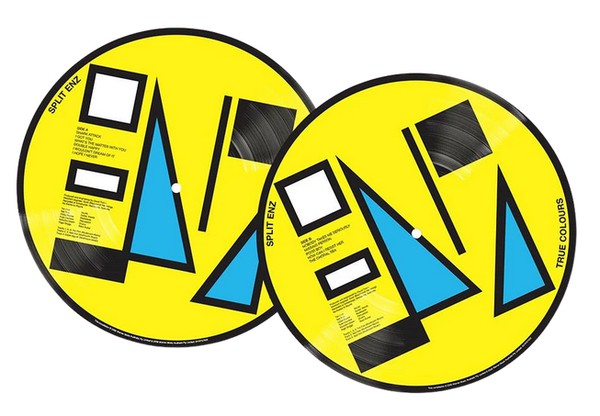 True Colours, the fifth studio album released by New Zealand band Split Enz, was their first major commercial success. Released in 1980, the album featured more mature songwriting from Neil Finn. Credited to him is the album's New Zealand and Australian #1 single, "I Got You", which also broke them internationally. The US release of the album featured "Shark Attack" and "I Got You" in reversed positions due to the latter's success on the single charts.

Tim Finn said, "We had been playing so many shows, so the band were very tight. It was like everything was starting to line up to make a really powerful record." Crombie added, "We'd had a rough time up to that in England, and I think we're really just raring to go. We came back to Melbourne and recorded the album and it just felt it was a new beginning."[3]

Originally, the band thought "Missing Person" to be the album's standout track, not realizing "I Got You" would become the hit. "I Hope I Never" was mixed differently for the Australian single release, with strengthened percussion. "Nobody Takes Me Seriously", "What's the Matter with You" and "Poor Boy" were released as singles in the northern hemisphere.

A synthesizer melody played in "I Wouldn't Dream of It" was first introduced in an early Split Enz recording, aptly titled "The Instrumental