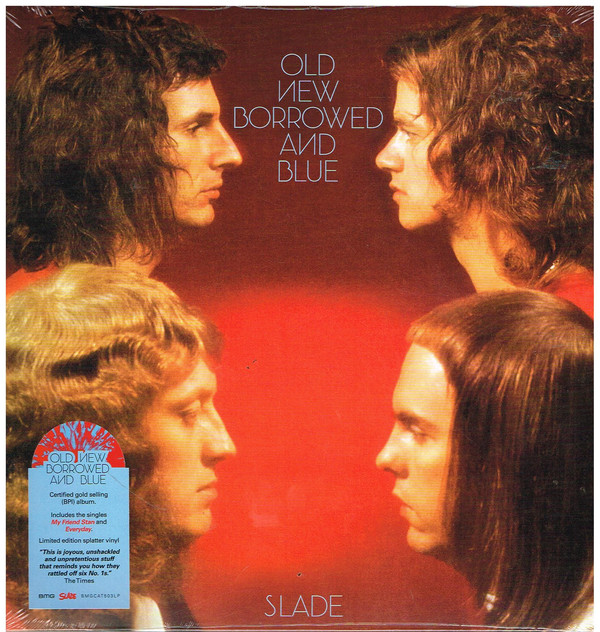 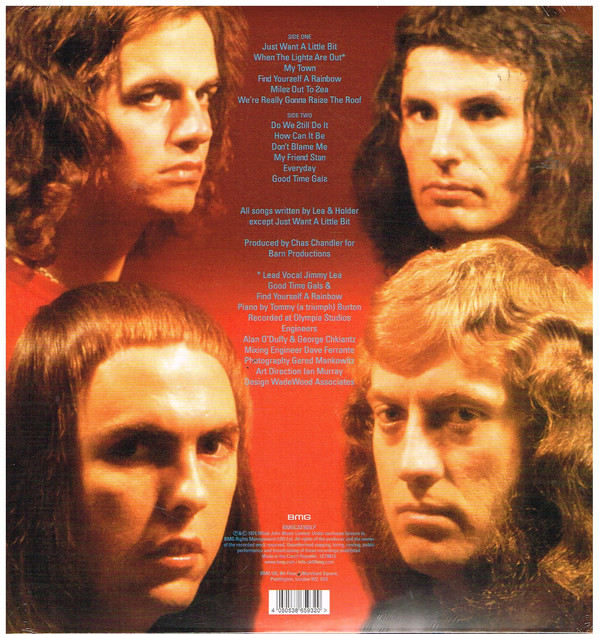 Old New Borrowed and Blue is the fourth album by the British rock group Slade. It was released on 15 February 1974 and reached No. 1 on the UK Albums Chart. It was certified gold by BPI the same month of release.

The album was released in the USA on the Warner Bros. label, under the title Stomp Your Hands, Clap Your Feet, minus the tracks "My Town" and "My Friend Stan" (as they had been previously released there on Sladest).

The single, "Everyday", was their first not to have the standard "Slade" sound on it, which is probably why it failed to get higher than no. 3 on the UK Singles Chart. The previous single to this was "Merry Xmas Everybody", which was to be their final no. 1 hit single, although 1983's "My Oh My" would later reach the no. 2 spot.

On the "Slade Talk To 19 Readers" bonus track, Holder explains that the title came from its content.[1]

Originally, the record was scheduled to be released in the first week of February.[3][4]

According to the Fan Club newsletter for January and February 1974, it was rewarded with a Gold Disc for pre-order sales, even before its release.[5][6]

Also, according to the same newsletter, two or three songs not typical of their style had been written a few years before the release. They had not fitted in with the Slade sound of the time.[6]