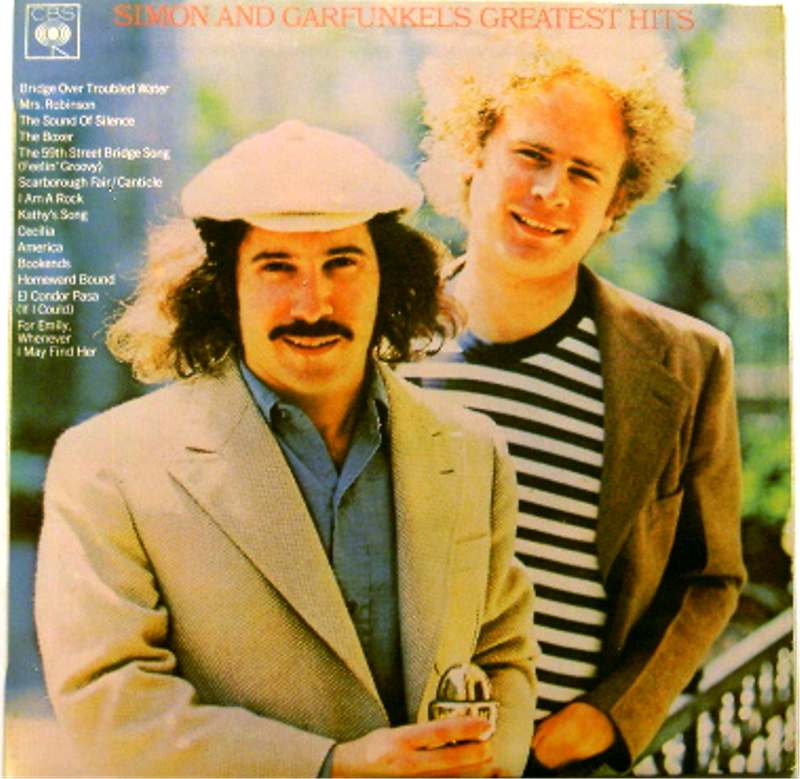 Simon and Garfunkel's Greatest Hits is the first compilation album from Simon & Garfunkel, released on June 14, 1972, two years after the duo had split.

The album was a mix of original studio recordings and four previously unreleased live recordings. The album's minimalist packaging does not specifically date the latter; however, the live versions of "For Emily, Whenever I May Find Her" and "Kathy's Song" included on Greatest Hits were also included on the 2008 album Live 1969. The liner notes to Live 1969 state that these two songs were both recorded at a November 1969 concert in St. Louis, Missouri. According to the liner notes from Collected Works, however, the version of "Kathy's Song" was taken from a 1968 concert in Vermont.

In a 1975 BBC Radio 1 interview, Roy Halee identified this version of "The 59th Street Bridge Song" as being from Simon & Garfunkel's 1970 performance at Carnegie Hall, "the last concert they did together" (prior to their disbanding later in 1970). A live version of "Homeward Bound" was also included on the album.

The remaining ten studio songs comprise nine singles released between 1965 and 1972, "America" being issued as a single several years after its appearance as a track on the Bookends album, and one album track, "Bookends" (without its parent song "Old Friends").

All the singles included, except "America," "El Condor Pasa (If I Could)," and "Scarborough Fair/Canticle" made the Top Ten, with the last peaking at #11, and "Mrs. Robinson" topped the chart aided by its appearance in Mike Nichols' hit movie The Graduate. "The Sound of Silence" and "Bridge over Troubled Water" both peaked at #1 as singles in their studio versions, and "The Boxer" peaked as a single at #7.