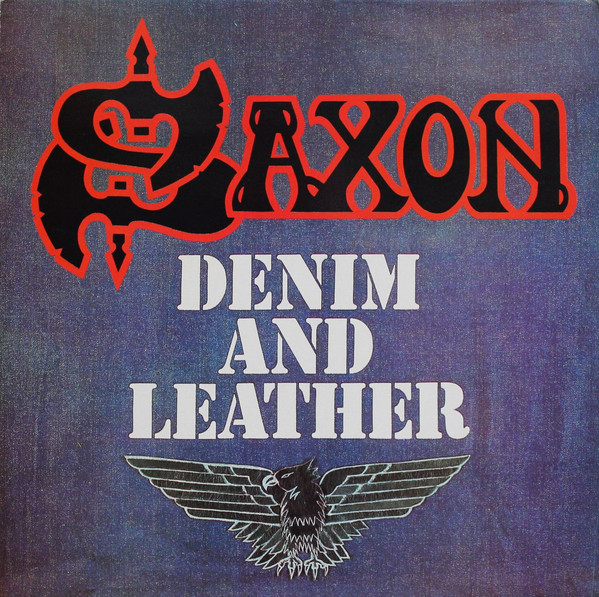 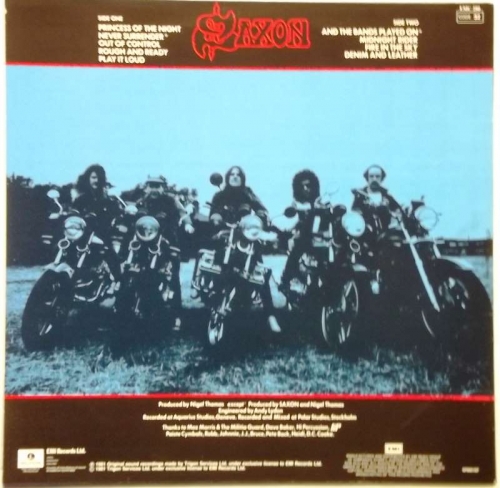 Denim and Leather is the fourth studio album by English heavy metal band Saxon released in 1981. The album was certified Gold status in the U.K. This was the last album with the classic line up of Saxon, as drummer Pete Gill would leave the band due to a hand injury, later joining Motörhead; this was also seen as the last of their triptych of classic albums (the previous two being Wheels of Steel and Strong Arm of the Law).

The album spawned two of their most successful singles, "And the Bands Played On" and "Princess of the Night". There are nine songs on this album, which are noted for lyrics about a wide range of topics. "Princess of the Night" is a song about a powerful steam locomotive and "And the Bands Played On" is about 1980 Monsters of Rock Festival - name checking several of the other acts on the bill including Rainbow and Touch. Other themes for the songs include: partying, the spirit of the music, fighting, and, like many of their songs, motorcycles. "Midnight Rider" is a song about Saxon's 1980 North American tour.

The name of the album and song was inspired by the popular attire of metalheads in the early 1980s, defined by either denim jeans and jackets or a leather biker jacket (often worn with a denim cut-off waistcoat). The song is seen as a tribute from the band to their fans while describing the history of the sub-culture and the rise of the new wave of British heavy metal (NWOBHM).