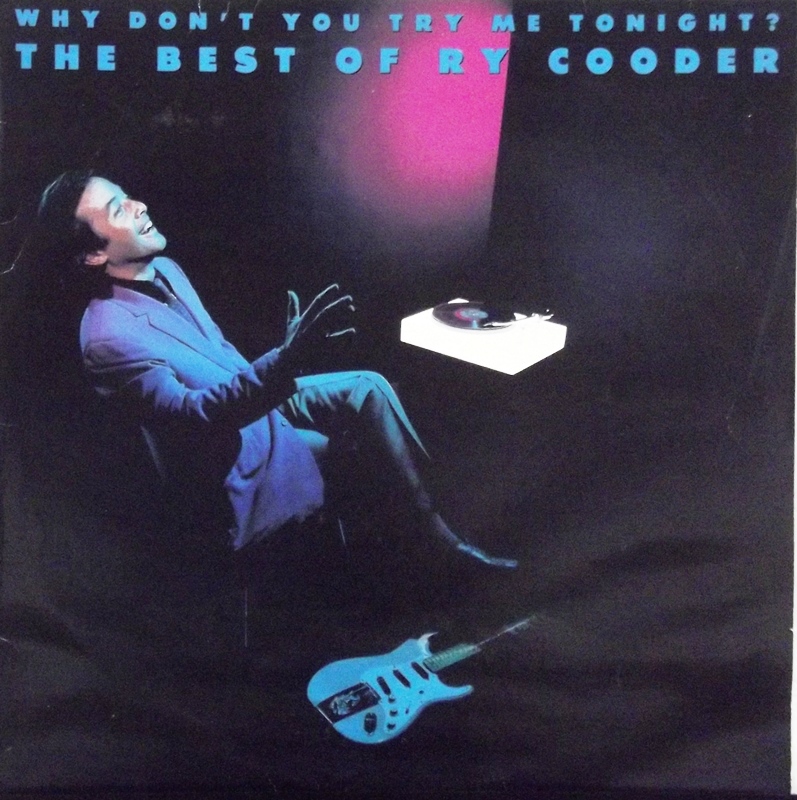 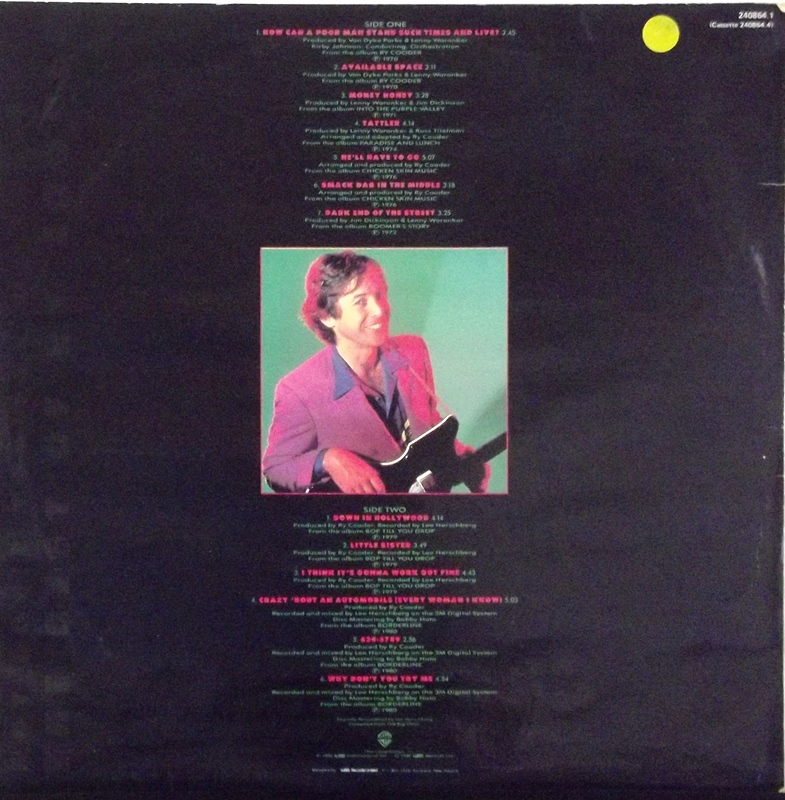 Why Don't You Try Me Tonight? The Best Of Ry Cooder

This compilation offers a bakers' dozen from Ry Cooder (guitar/bass/mandolin/vocals), cuts taken from seven of the eight solo studio LPs that he issued between 1970 and 1980. These include his debut Ry Cooder (1970), Into the Purple Valley (1971), Boomer's Story (1972), Paradise and Lunch (1974), Chicken Skin Music (1976), Bop Till You Drop (1979), and Borderline (1980). Notably absent, owing presumably to thematic continuity, are any soundtrack-derived sides, live cuts, or material from the aptly-titled Jazz (1978) long-player. This nicely narrows the scope enough to effectively focus on his arguably underappreciated rock-oriented recordings. Few artists can claim as varied or authentic a range as the multi-instrumentalist Cooder. Prior to devoting a majority of his efforts toward film accompaniment and world music, he came up through the ranks as a backing for vocalist Jackie DeShannon in 1963 at the age of 16. Cooder's prowess became his calling card where he racked up considerable work with the likes of Paul Revere and the Raiders, Captain Beefheart circa Safe as Milk (1967), Randy Newman, Little Feat, Van Dyke Parks, former bandmate in the Rising Sons' Taj Mahal, Gordon Lightfoot, as well as a few choice outings with a transitional Rolling Stones on Let It Bleed (1969) and Sticky Fingers (1971). In fact, it was between the latter two classic rock platters that the eponymous Ry Cooder immediately established the seasoned session stalwart with his undeniable talent and keen taste in cover material. The soulful reading of Blind Alfred Reed's "How Can a Poor Man Stand Such Times and Live?" and the bluesy, Delta-flavored original, "Available Space," perfectly demonstrate his multitude of strengths. Remaining at the top of the list are Cooder's consistently unique rearrangements of seminal R&B sides, such as his overhaul of "Money Honey," or the laid-back and funky "Smack Dab in the Middle." Since the release of Why Don't You Try Me Tonight: Best of Ry Cooder (1986), several additional and more complete anthologies spanning this era are available. Most notably, River Rescue: The Very Best of Ry Cooder (1994), and Music by Ry Cooder (1995), which both feature cinematic contributions. In fact, the latter consists exclusively of Cooder's movie music.