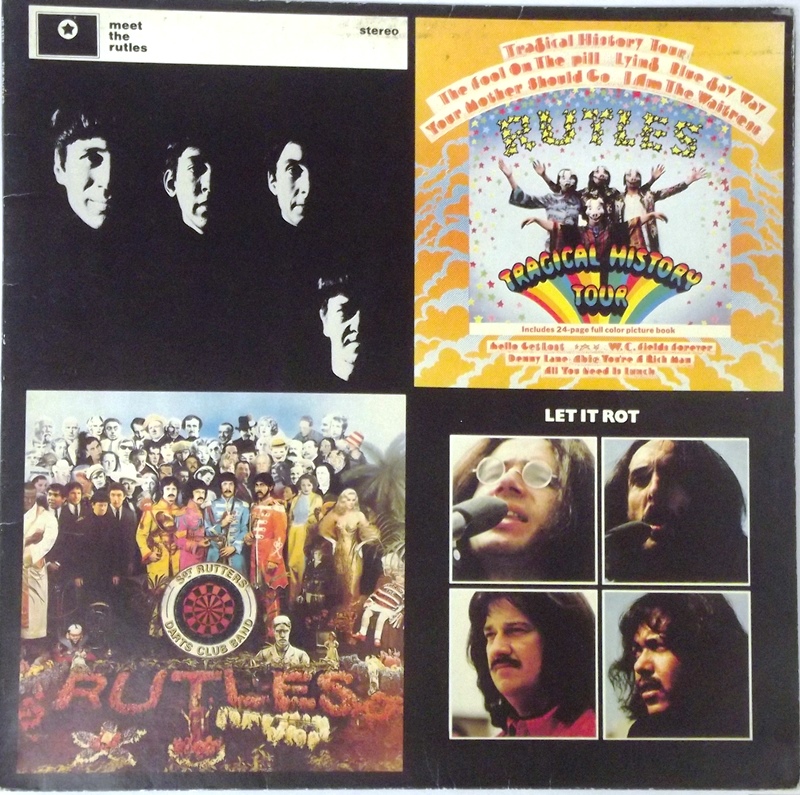 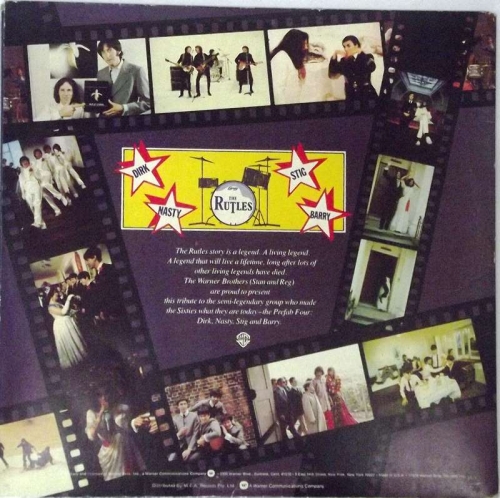 The Rutles (/ˈrʌtəlz/) are a rock band known for their visual and aural pastiches and parodies of the Beatles. This originally fictional band, created by Eric Idle and Neil Innes for 1970s television programming, became an actual group (while remaining a parody of the Beatles) and toured and recorded, releasing many songs and albums that included two UK chart hits.

Created as a short sketch in Idle's UK television comedy series Rutland Weekend Television, the Rutles gained fame after being the focus of the 1978 mockumentary television film, All You Need Is Cash (The Rutles). Actual Beatle George Harrison notably appeared in the film and assisted in its creation. Encouraged by the positive public reaction to the sketch, featuring Beatles' music pastiches by Innes, the film was written by Idle, who co-directed it with Gary Weis. It had 20 songs written by Innes, which he performed with three musicians as "The Rutles". A soundtrack album in 1978 was followed in 1996 by Archaeology, which spoofed the Beatles' Anthology series which had recently been released.