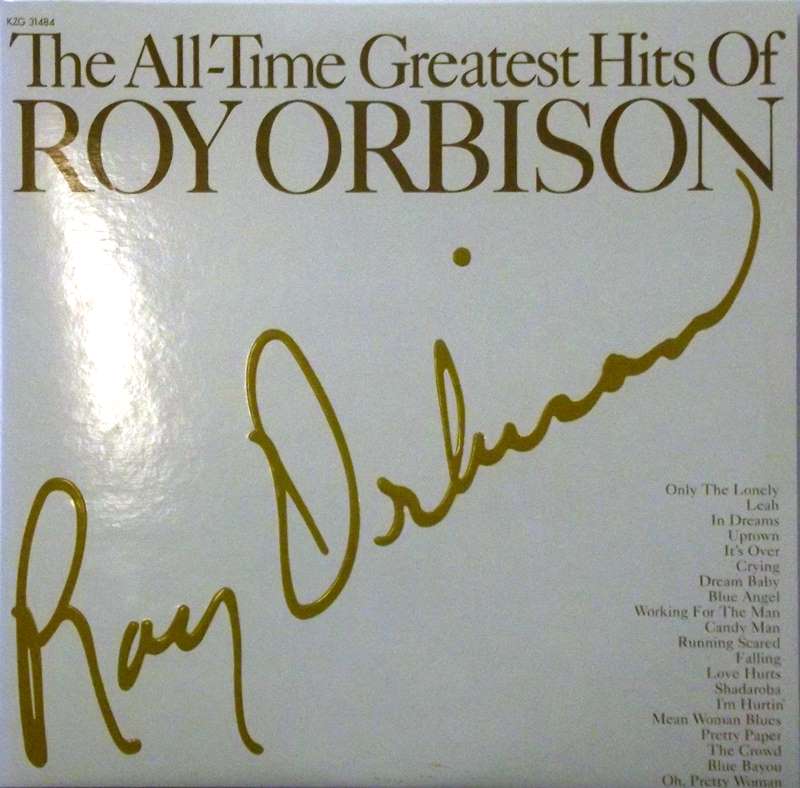 Very smart clean vinyl with 2 marks on record 2 which do not affect play, housed in a pristine gatefold cover

All-Time Greatest Hits is a 2-LP compilation album by Roy Orbison released in 1972, featuring the original Monument Records recordings.  The album was re-released on compact disc by CBS Records in 1989. The album was given a high-quality digital remastering from the original analog master tapes by Steve Hoffman for DCC Compact Classics, Inc. in 1997, catalog number GZS-1118.