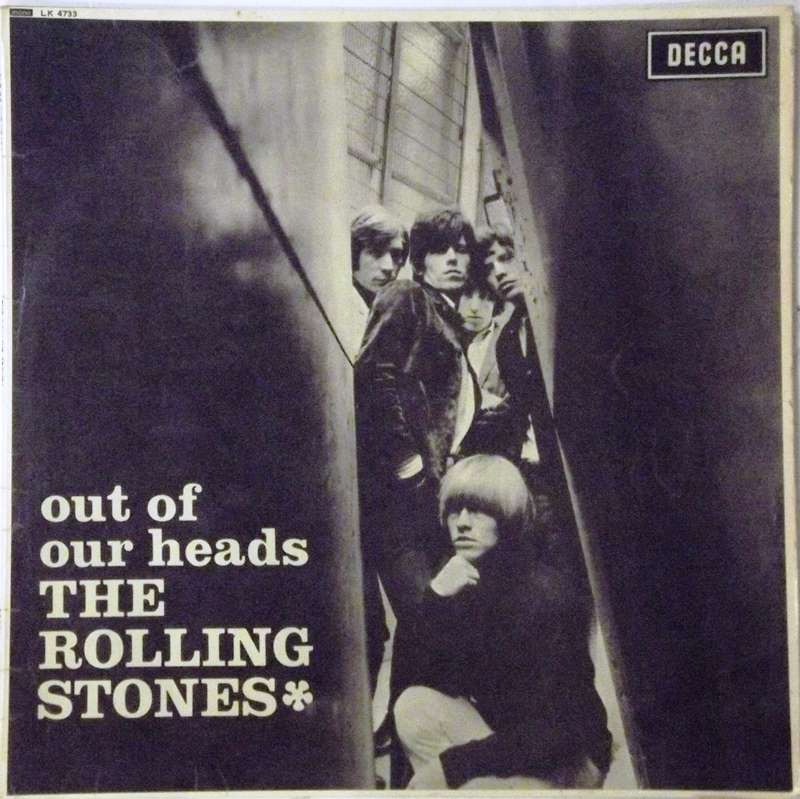 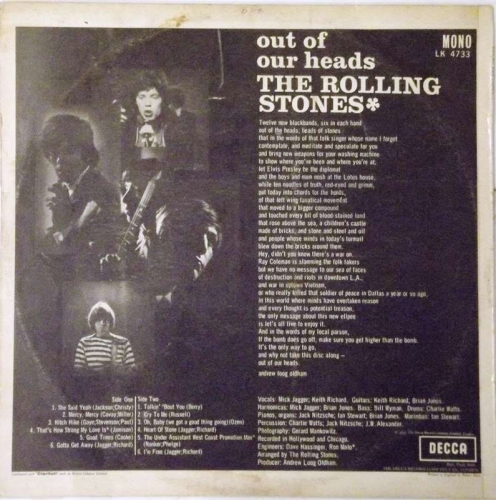 Out Of Our Heads

Out of Our Heads is the Rolling Stones' third British album and their fourth in the United States. It was released in 1965 through London Records in the US on 30 July 1965 (in both mono—catalogue number LL3429; and in stereo—PS429), and Decca Records in the UK on 24 September 1965 (mono—LK 4733; stereo—SKL 4733), with significant track listing differences between territories.

Most of Out of Our Heads comprises rhythm and blues cover songs.[3] According to music critic Richie Unterberger, the album's US release largely had soul covers and its "classic rock singles", including "The Last Time", "Play with Fire", and "Satisfaction", still drew on the band's R&B and blues roots, but were updated to "a more guitar-based, thoroughly contemporary context."[1] Kent H. Benjamin of The Austin Chronicle wrote that the album was "the culmination of the Stones' early soul/R&B sound"[4] In his review of the album's UK edition, Allmusic's Bruce Eder characterised it as rock and roll and R&B.[5]