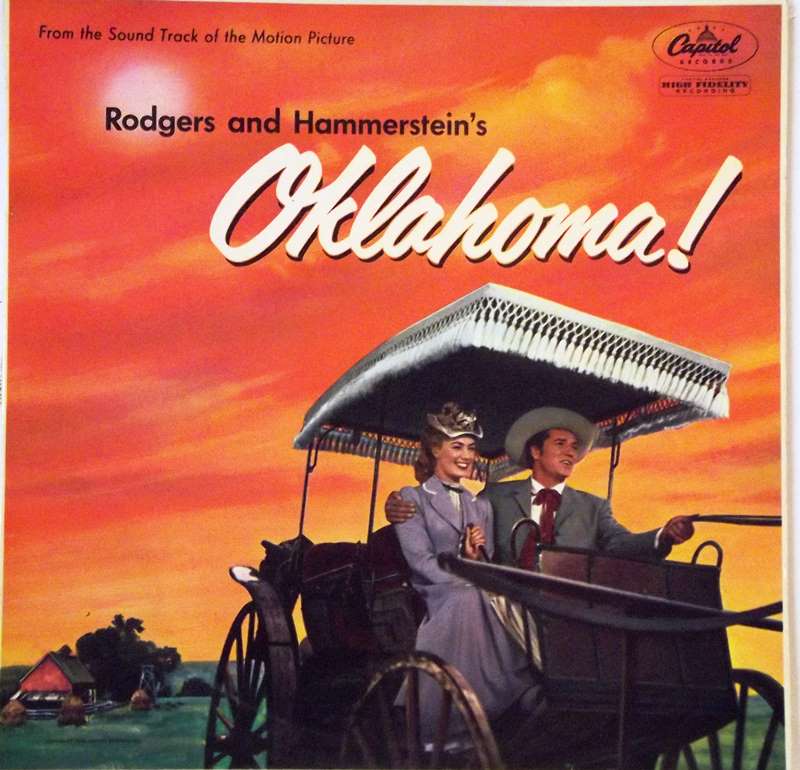 Oklahoma! is the original soundtrack album of the 1955 film Oklahoma!, an adaptation of the musical play of the same name. The soundtrack charted #1 on the Billboard Pop Album Chart in 1956 and has been in continual print. It was certified "gold" by the RIAA on July 8, 1958 and "multi-platinum" on April 1, 1992.[2]

It was originally released as a 42-minute album on the Capitol Records label, but only in mono at first. However, as with the 1956 film soundtracks of Carousel and The King and I (also issued by Capitol on LP), because the film's soundtrack had been recorded in then state-of-the-art stereo, it was possible for Capitol to issue a stereo version of the album in 1958. And again as with Carousel because of a difference between mono and stereo grooves, it was necessary to cut a very brief section of the music on the stereo release.

In 1956, less than a year after the first mono Capitol soundtrack LP was released, Goddard Lieberson of rival Columbia Records produced a studio cast LP of Oklahoma! featuring Nelson Eddy and a supporting cast, with the chorus and orchestra directed by Lehman Engel, and using the original orchestrations. The Columbia LP "Nelson Eddy in Oklahoma" (CL 828) was promoted as the "complete score" because it included the song "Lonely Room" and a track, "Entrance of Ensemble", which had not previously been released from the score.