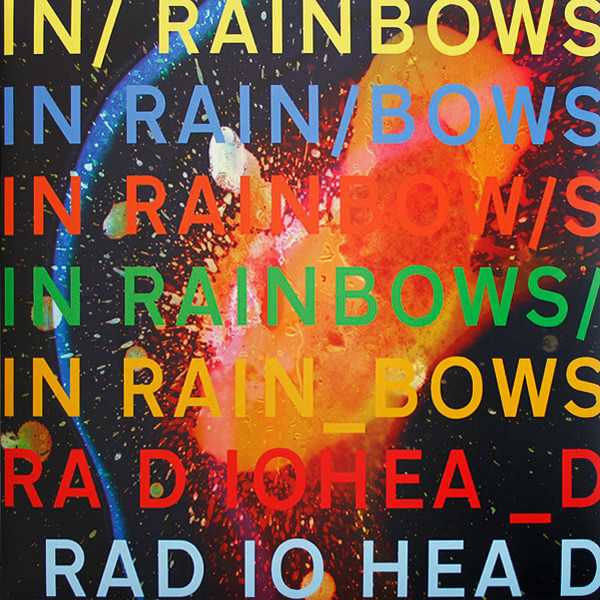 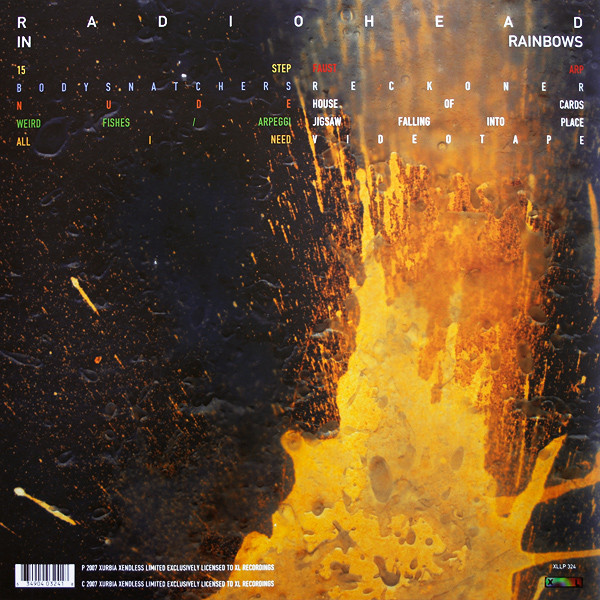 In Rainbows is the seventh studio album by the English rock band Radiohead. It was self-released on 10 October 2007 as a pay-what-you-want download, followed by a physical release internationally through XL Recordings and in North America through TBD Records. It was Radiohead's first release after their recording contract with EMI ended with their album Hail to the Thief (2003).

Radiohead began work on In Rainbows in early 2005. In 2006, after initial recording sessions with new producer Spike Stent proved fruitless, the band toured Europe and North America, performing the new material. After re-enlisting longtime producer Nigel Godrich, Radiohead recorded in the country houses Halswell House and Tottenham House, the Hospital Club in London, and their studio in Oxfordshire. They incorporated a variety of styles, using conventional rock instrumentation plus electronic instruments, strings, piano and the ondes Martenot. The lyrics are less political and more personal than previous Radiohead albums.

EMI, which had been recently acquired by Terra Firma, hoped to sign Radiohead to a new record contract; however, Radiohead did not trust the new management and negotiations collapsed over ownership of their back catalogue. Instead, they self-released In Rainbows online and allowed fans to set their own price, saying this liberated them from conventional promotional formats and removed barriers to audiences. The pay-what-you-want release, the first for a major act, drew international media attention and created debate about the implications for the music industry; many praised Radiohead for challenging old models and finding new ways to connect with fans, while others felt it set a dangerous precedent at the expense of less successful artists.

Radiohead promoted In Rainbows with webcasts, music videos, remix and music video competitions, and a worldwide tour. "Jigsaw Falling into Place" and "Nude" were released as singles; "Nude" became Radiohead's first US top-40 song since their debut single "Creep" (1992). The retail release of In Rainbows topped the UK Albums Chart and the US Billboard 200, and by October 2008 it had sold over three million copies worldwide; it is certified platinum in the UK and Canada and gold in the US, Belgium and Japan. In Rainbows received critical acclaim, winning Grammy Awards for Best Alternative Music Album and Best Boxed or Special Limited Edition Package, and was ranked one of the best albums of the year and the decade by various publications. Rolling Stone included In Rainbows on its updated lists of the 500 Greatest Albums of All Time at number 336 in 2012 and number 387 in 2020.