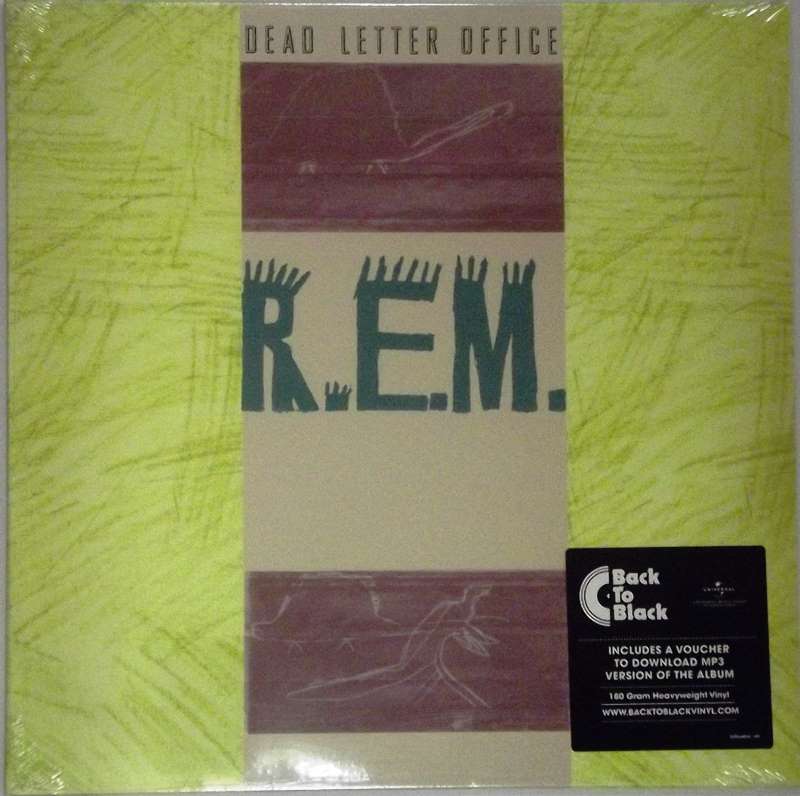 Brand new sealed album made in the EU.

Dead Letter Office is a rarities and B-sides collection by R.E.M., released in April 1987. The album is essentially a collection of many additional recordings R.E.M. made pre-Murmur to Lifes Rich Pageant that were outtakes or released as flip sides to their singles internationally. Many of the tracks are favorite cover versions indicating the band's disparate influences and musical tastes, including three Velvet Underground covers, and songs by Pylon, Aerosmith and Roger Miller.

Guitarist Peter Buck composed wry, self-deprecating (and, in one instance, apologetic) liner notes to the songs on the album. Buck initially had doubts about releasing it, saying he felt as though people would perceive the album as the band "trying to cash in, maybe to sell some records," as the ultimate release date predated that of the band's final studio album with I.R.S., Document, by a mere five months.[6]

The album was initially issued as a 15-song collection on vinyl and cassette, but when its CD edition appeared (now the only available edition of Dead Letter Office) the five tracks from the band's 1982 Chronic Town EP were added. This is also the only current CD availability of Chronic Town.

Dead Letter Office originally reached #52 in the U.S. and #60 in the UK. Referring to the album in 2003, Pitchfork Media were favourable, saying the album was "such a blast" due to it possessing a certain "kind of drunken studio fuckery."[7]