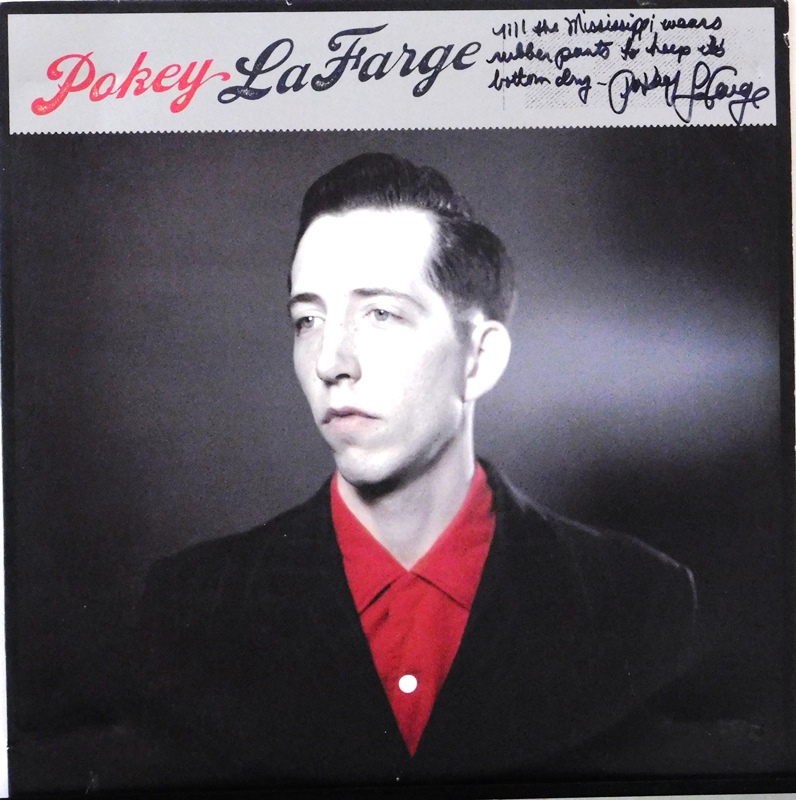 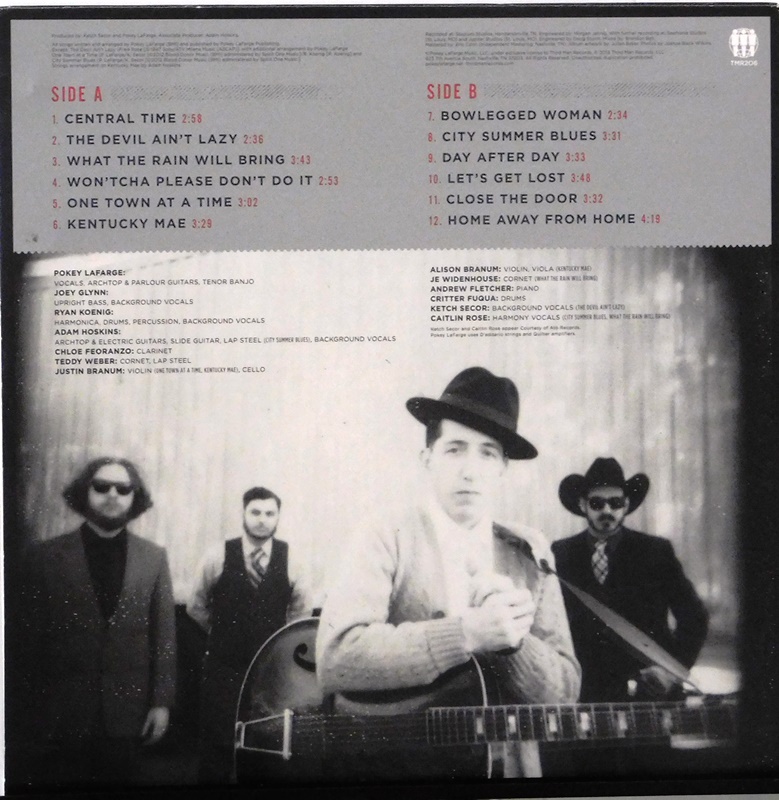 Pokey LaFarge (born June 26, 1983) is an American musician, writer, and actor raised in Illinois, and now is based in  Los Angeles, California.

This is a 2013 Third Man Record release. It contains twelve tracks with a total playing time of forty minutes.  All but one tune are originals, written or co-written by Pokey LaFarge.  The final number is the classic Fred Rose 1947 composition,"The Devil Ain't Lazy".  The band plays this number with enough originality and verve, to put a smile on the late, legendary country songwriter's face.

Much ado has been placed on Pokey's image, everyone has an opinion. Some folks believe his resemblance leans somewhere between Jimmie Rogers and Clyde Barrow.
However interesting the image, it's the music that counts. There's no doubt the band has been influenced by earlier artists. Certainly, Bob Wills, Dan Hicks, Leon Redbone are a few that come to mind. All great artists are influenced by those who came before. However, make no mistake...Pokey and the band don't imitate.

This is cowboy folk, country swing with a touch of bluegrass performed in a fresh, energetic, and a very compelling original approach. The lyrics are deceivingly clever, touching and at times, amusing. The arrangements are crisp and the musicianship spot on. Pokey's vocals compliment the material perfectly and his playing puts one in mind of the great legendary guitarist, Eddie Lang. This artist and the rest of the band do not waste a note.

The production value is first rate with credit due Pokey and his co producer Ketch Secor. The album has a flawless mix provided by Brandon Bell.

This is definitely an American band that's built to last.