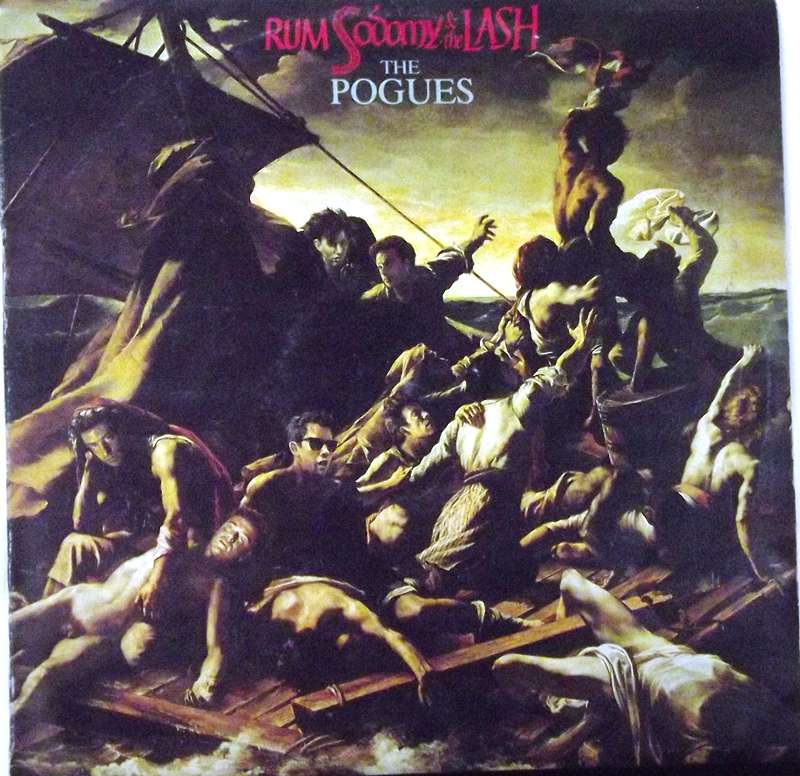 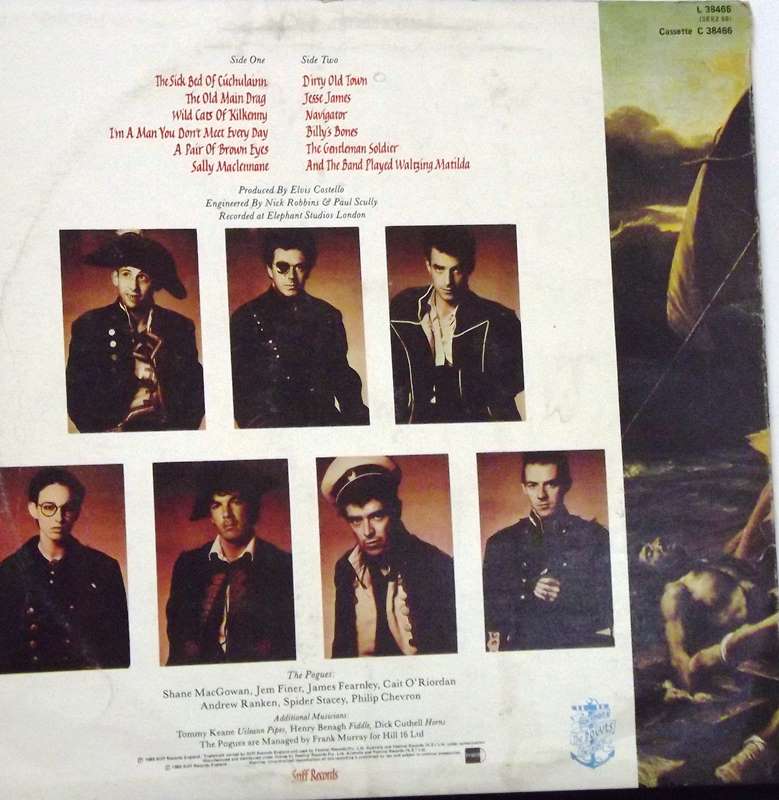 Very smart clean vinyl housed in a good cover showing  minor ring wear. Has made in NZ on label.

Rum Sodomy & the Lash is the second studio album by the London-based folk punk band The Pogues, released on 5 August 1985.[1] The album reached number 13 in the UK charts.

The album's title is taken from a quotation attributed[2] to Winston Churchill:[3] "Don't talk to me about naval tradition. It's nothing but rum, sodomy, and the lash." The title was suggested by drummer Andrew Ranken, who said "it seemed to sum up life in our band".[3] The cover artwork is based on The Raft of the Medusa, a painting by Théodore Géricault, with the band members' faces replacing those of the men on the raft painted by the artist and illustrator Peter Mennim.[4]

The track "A Pair of Brown Eyes", based on an older Irish tune, went on to reach number 72 in the UK singles chart. "The Old Main Drag" later appeared on the soundtrack to the film My Own Private Idaho.