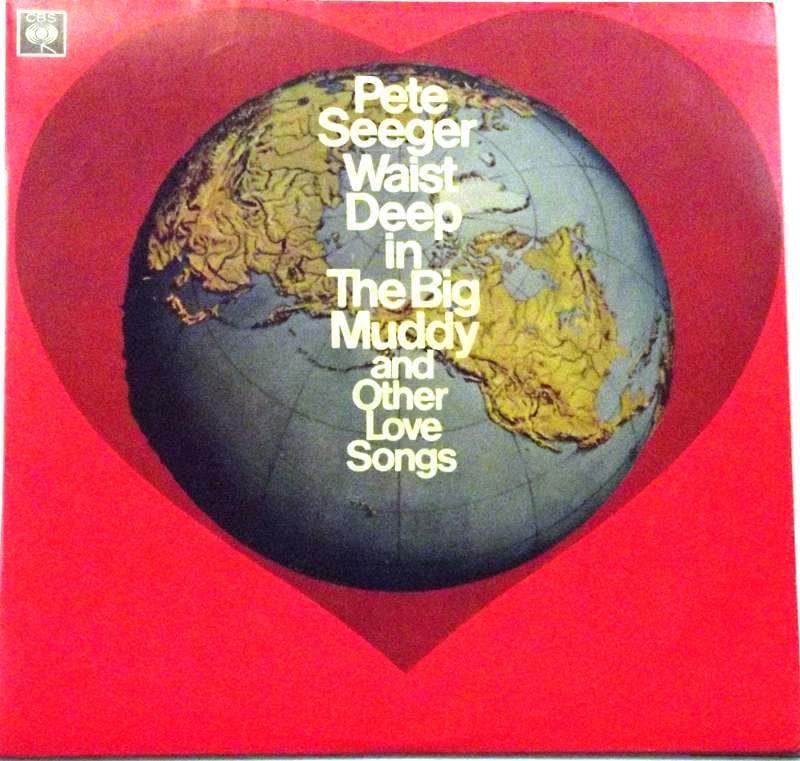 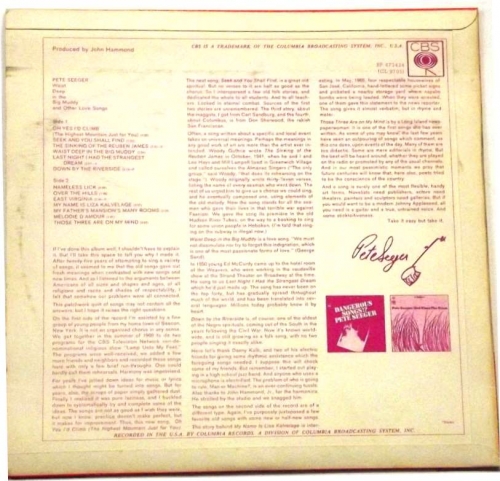 Waist Deep In The Big Muddy And Other Love Songs

A nice clean pressing from the 60s with a very smart  flipback cover.

One of Pete Seeger's most well-known protest albums -- he provoked a storm of controversy when CBS censors would not allow the singer/songwriter to perform "Waist Deep in the Big Muddy," a Vietnam parable based on an actual incident that occurred during World War II when a soldier who couldn't swim drowned when his commanding officer forced him to ford a river without knowing how deep it was, on The Smothers Brothers Comedy Hour -- Waist Deep in the Big Muddy and Other Love Songs is intriguing for other reasons as well. Just two years after Seeger supposedly threatened to take an axe to the power supply during Bob Dylan's electric set at the 1965 Newport Folk Festival, side one of this album features Seeger and his acoustic guitar backed by electric guitarist Danny Kalb (of the Blues Project) and a rockish rhythm section. (The opening "Oh Yes I'd Climb" adds a middle-of-the-road string section for good measure!) The electric instruments are actually most tasteful in their integration, if not downright wimpy. You'll be hard-pressed to actually hear the bass player most of the time. Side two is more traditional for Seeger, strictly acoustic material including a couple of traditional songs interspersed among some less-than-subtle protest material, including "My Name Is Liza Kalvelage," its lyrics taken almost verbatim from a television news story about San Jose housewives picketing a nearby napalm storage yard, and "Those Three Are on My Mind," about the murders of civil rights workers in Mississippi in 1963. Overall, this is probably a better album than the similar Dangerous Songs! from 1966, with a higher number of trenchant observations and a little less finger-pointing.