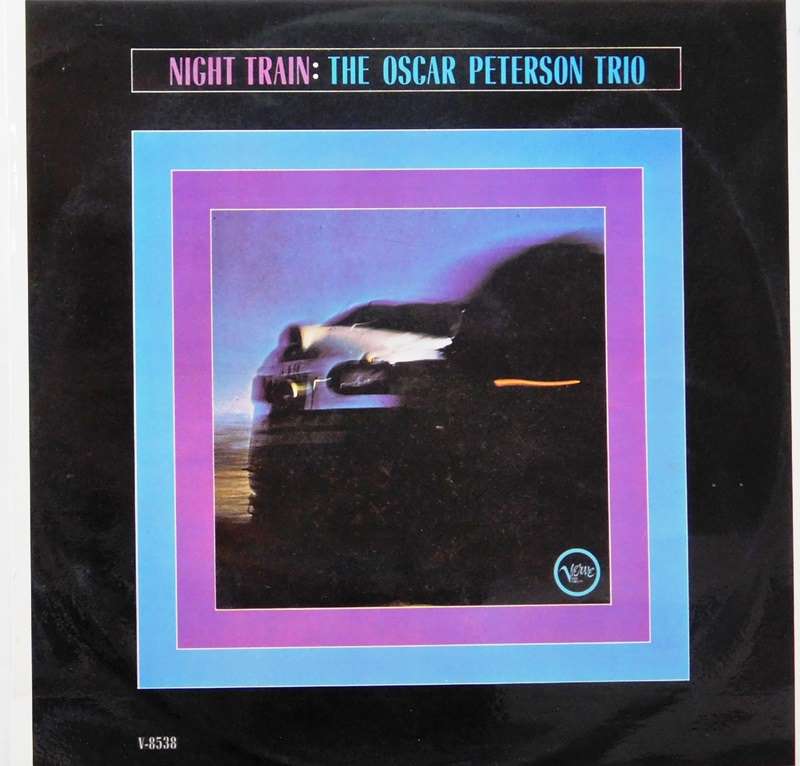 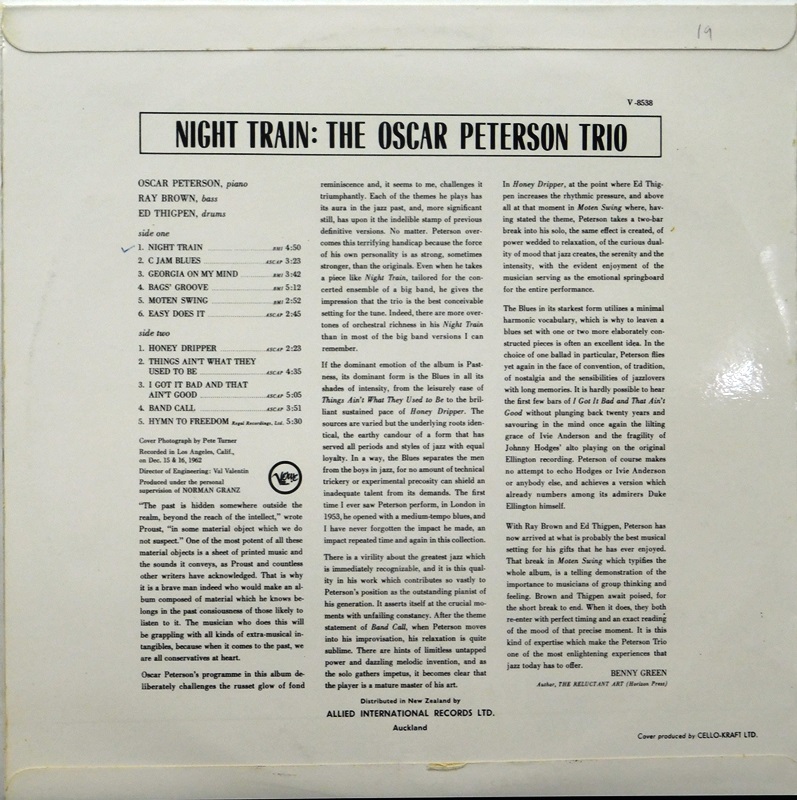 Night Train is an album by the Oscar Peterson Trio, released in 1963 by Verve Records.

Album producer Norman Granz had sold the record label Verve, but remained Peterson's manager, and so supervised the Night Train recording session. The brief duration of many of the tracks has been attributed to a desire to have them played on commercial radio, which was reluctant to play any tracks longer than a few minutes.

The cover art photograph is by Pete Turner[1] and original sleeve notes were by Benny Green.