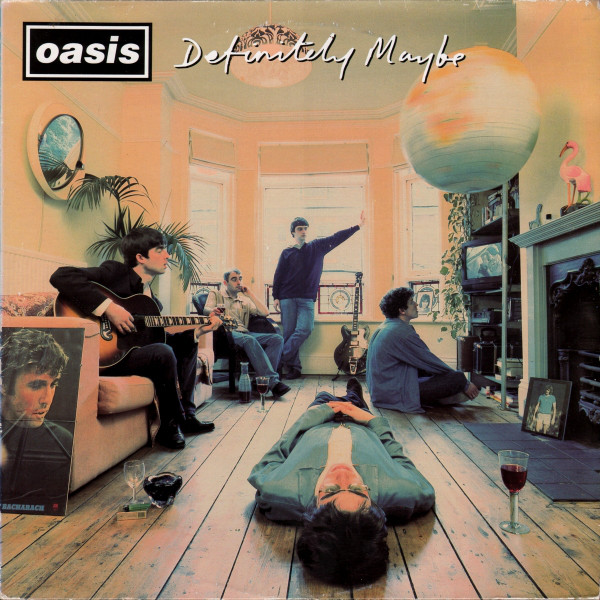 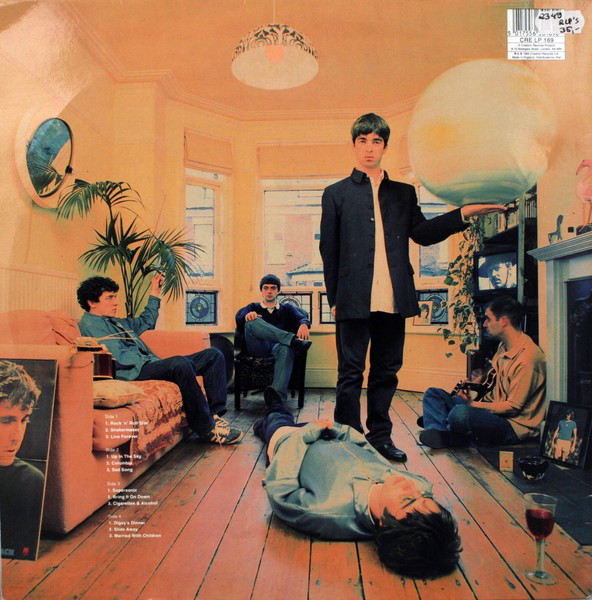 Definitely Maybe is the debut studio album by the English rock band Oasis, released on 29 August 1994 by Creation Records. It was an immediate commercial and critical success in the UK, having followed on the heels of singles "Supersonic", "Shakermaker" and "Live Forever". It is the only full album to feature original drummer Tony McCarroll.

Definitely Maybe went straight to number one in the UK Albums Chart on initial release. It was the fastest selling debut album of all time in the UK when it was released and went on to be certified 7× Platinum (2.1 million+ sales) by the BPI.[2] Definitely Maybe marked the beginning of Oasis' success in America, selling over one million copies there, despite only peaking at 58 on the Billboard 200. The album went on to sell over 15 million copies worldwide and brought widespread critical acclaim.

The album, along with Blur's Parklife, helped to spur a revitalisation in British pop music in the mid-nineties and was embraced by critics for its optimistic themes and supposed rebuttal of the downtrodden fatalism evident in the dominant grunge music of the time.[3] Today, Definitely Maybe is regarded as a seminal record of the Britpop scene, and has appeared in many publications' 'best of' lists. The album is also popular among audiences: in June 2006, NME magazine conducted a readers' poll in which it was voted the greatest album of all time.[4]