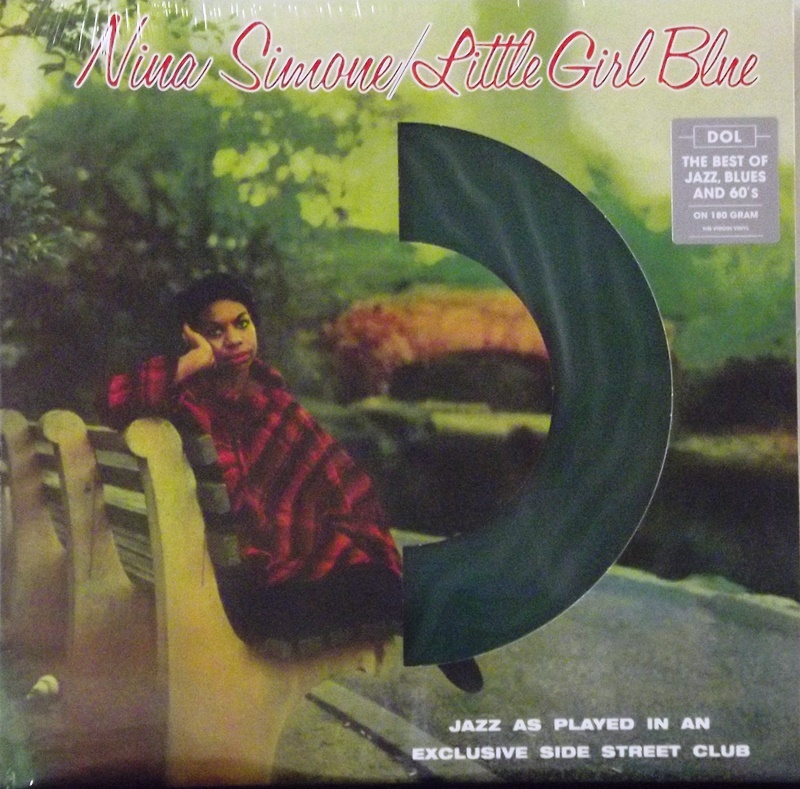 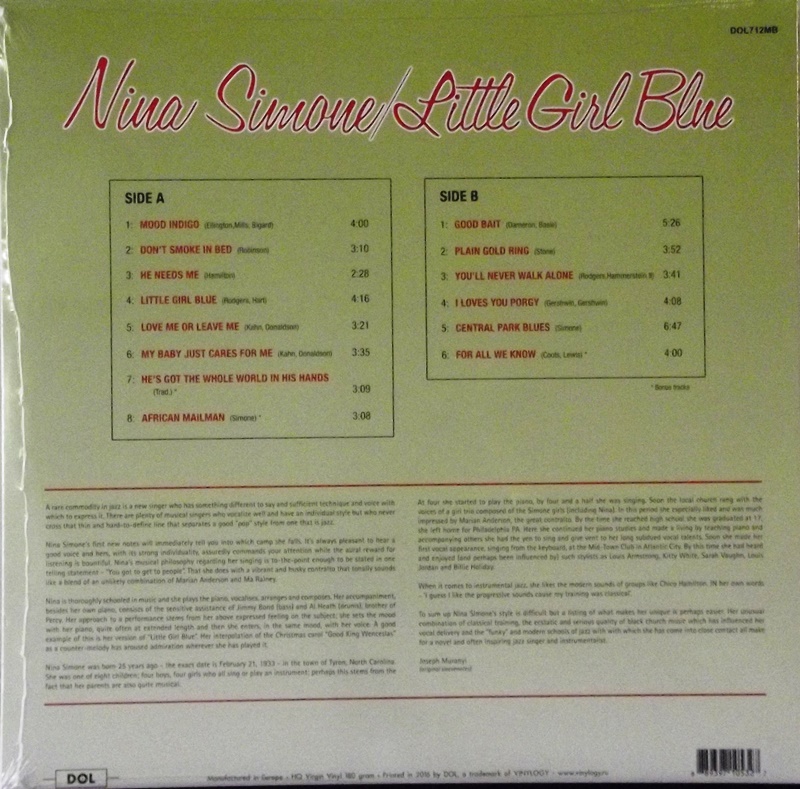 Little Girl Blue (also known as Jazz As Played in an Exclusive Side Street Club) was released by Bethlehem Records and is the debut album by jazz singer, pianist and songwriter Nina Simone. When her debut album was released, Simone was in her mid-20s and still aspiring to be a classical concert pianist. She immediately sold the rights for the songs on this album to Bethlehem for $3,000 (US$26,052 in 2018 dollars[2]). This deal eventually cost her royalty profits of more than a million dollars.[3] Simone was dissatisfied by the lack of effort the record company took in promoting her, and after this album she formed a long business relationship with Colpix Records. The album Nina Simone and Her Friends was released after she had left Bethlehem, without her consent, and comprised songs that were left over from the Little Girl Blue recording session. The session was the only one ever recorded for Bethlehem.[4]