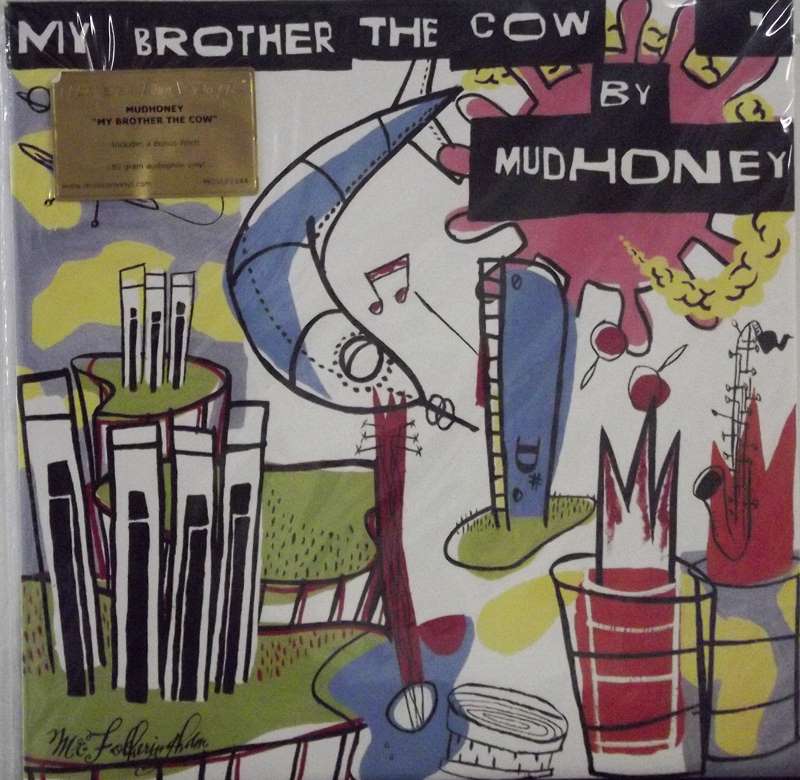 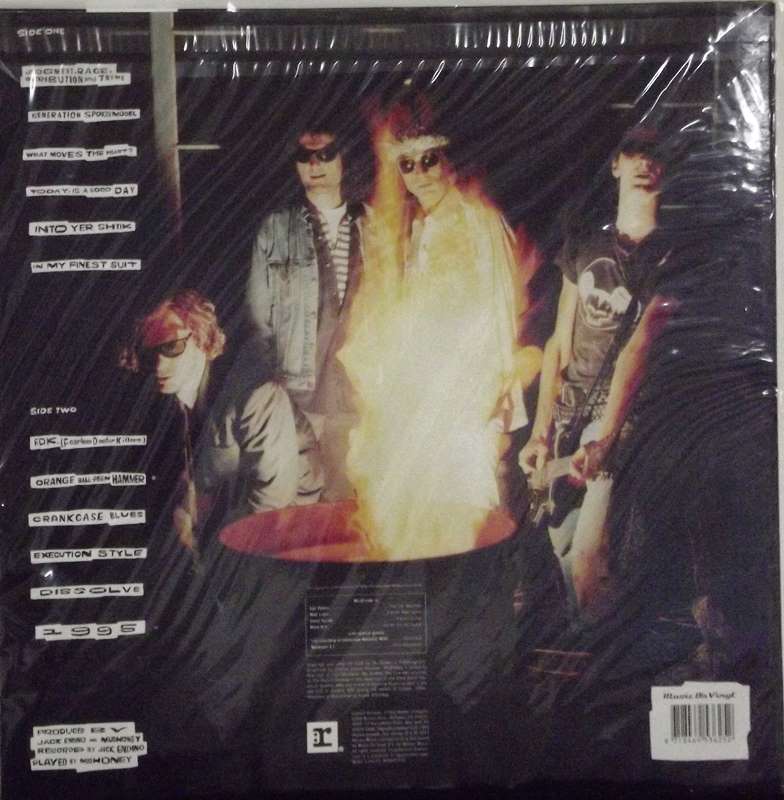 My Brother The Cow

My Brother the Cow is the fourth studio album by the American grunge band Mudhoney. It was released on Reprise Records on March 28, 1995 (see 1995 in music). "My Brother The Cow" includes numerous direct references to bands that influenced Mudhoney's sound. The song "F.D.K. (Fearless Doctor Killers)", for example, is a reference to the Bad Brains song "F.V.K. (Fearless Vampire Killers)". "Orange Ball-Peen Hammer" alludes to the song "Orange Claw Hammer" by Captain Beefheart, as well as containing lyrics borrowed from Led Zeppelin. "1995" is homage to the song "1969" by The Stooges, and also includes musical references to "L.A. Blues", another Stooges song.

The original CD release includes a 34-minute hidden track named "woC eht rehtorB yM", which consists of most of the album's preceding songs played backwards. Reprise re-issued the album in 2003 with bonus tracks.  Tracks 13–18 of this edition were originally on a 7" single included with the vinyl LP of the album.  "Not Goin' Down That Road Again" was originally the B-side of the "Generation Spokesmodel" 7" single, and is also included on March to Fuzz. The song "Into Yer Shtik" received some backlash for the band as Courtney Love thought it was about her in the wake of Kurt Cobain's death. About a month before the release of the album and on Mark Arm's 33rd birthday, head of Reprise called the bands A&R rep "Dave Katznelson" saying he never wanted to see or speak to the band ever again.