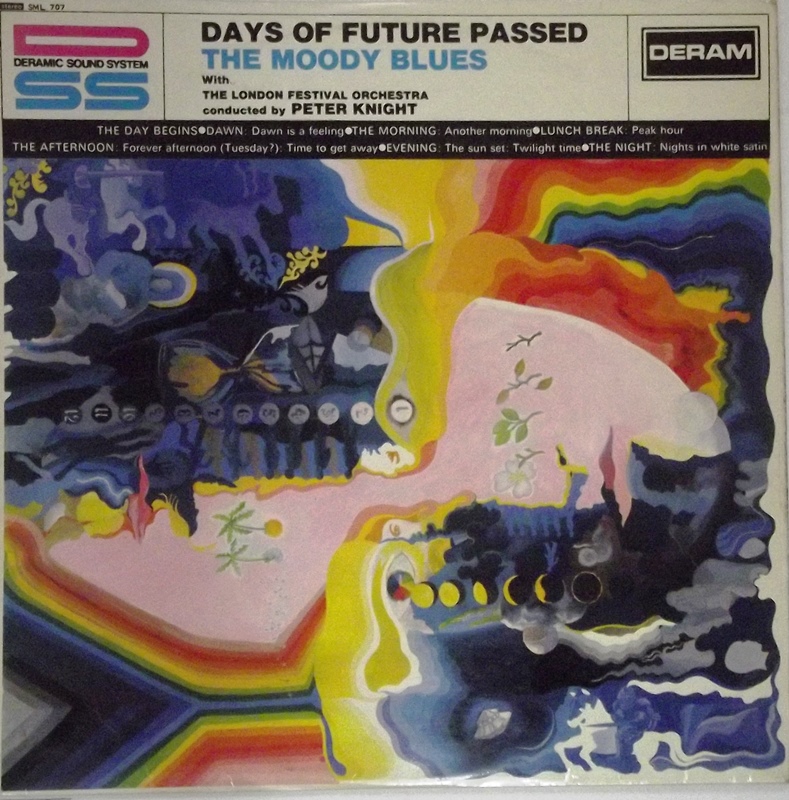 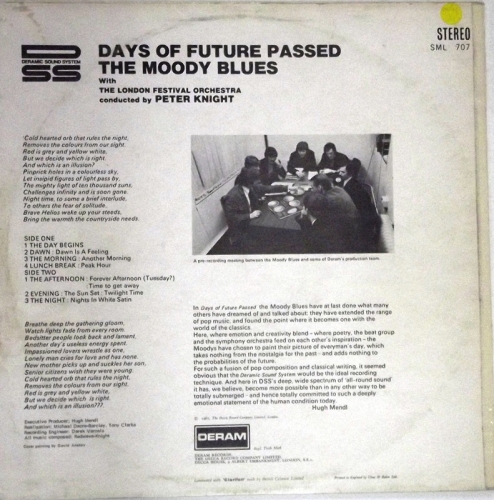 Days of Future Passed is the second album and first concept album by English rock band The Moody Blues, released in November 1967 by Deram Records.[7]

With its fusion of classical and rock elements, it has been cited as one of the first examples of progressive rock.

After two years performing as a struggling white R&B band, The Moody Blues were asked by their record label in September 1967 to record an adaptation of Antonín Dvořák's Symphony No. 9 for the newly formed Deram Records division in order to demonstrate their latest recording techniques, which were named "Deramic Sound".[7] Instead, the band (initially without the label's knowledge) decided to focus on an album based on an original stage show that they'd been working on. However, Decca recording engineer Derek Varnals disputes this story, claiming that even at the start of the sessions in 1967 there was no intent to record a Dvořák album and that talk of this project did not emerge until the mid-1970s.[8]

Recording sessions for the album took place at Decca Studios in West Hampstead, London between 9 May and 3 November 1967.[9] The band worked with record producer Tony Clarke, engineer Derek Varnals and conductor Peter Knight.[5