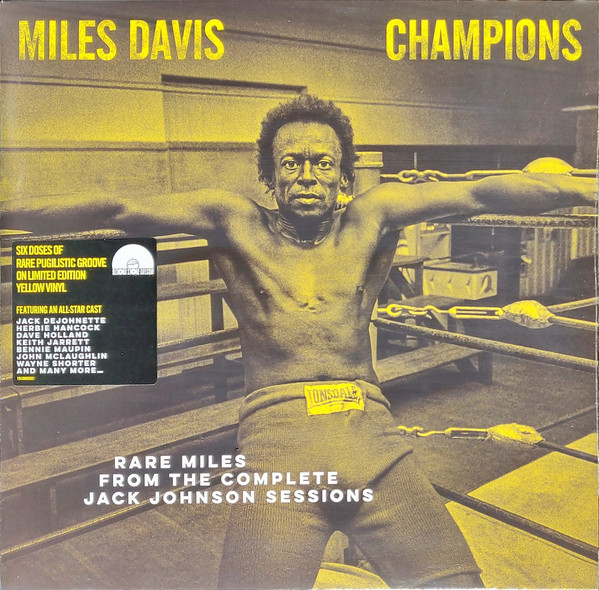 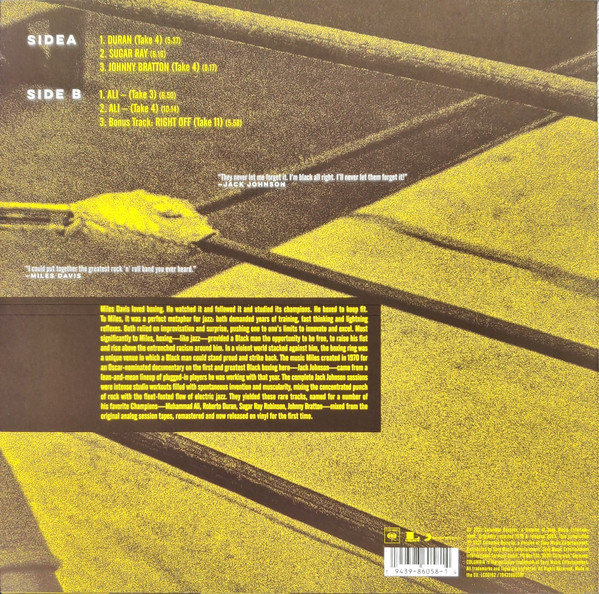 Miles Davis had a deep love and respect for boxing, seeing deep parallels between “the sweet science” and his own relationship with music. One of Miles’ favorites of his own recordings was the 1971 soundtrack to the Bill Cayton documentary about Jack Johnson, and he was inspired by the political and racial subtext of the legendary boxer’s saga.  Culled from the celebrated expanded project The Complete Jack Johnson Sessions released in 2003, and name-checking a number of pugilistic legends (“Ali,” “Sugar Ray,” “Duran,” “Johnny Bratton”), these funk-infused recordings rock harder than anything else that Miles put to tape. Featuring a sterling line-up of musicians (Wayne Shorter, John McLaughlin, Dave Holland, Keith Jarrett, Herbie Hancock, Jack DeJohnette, Billy Cobham) and a legendary cover photo of Miles in the ring captured by Jim Marshall, the release finds this music issued on vinyl (in brilliant yellow), for general release, for the first time ever.