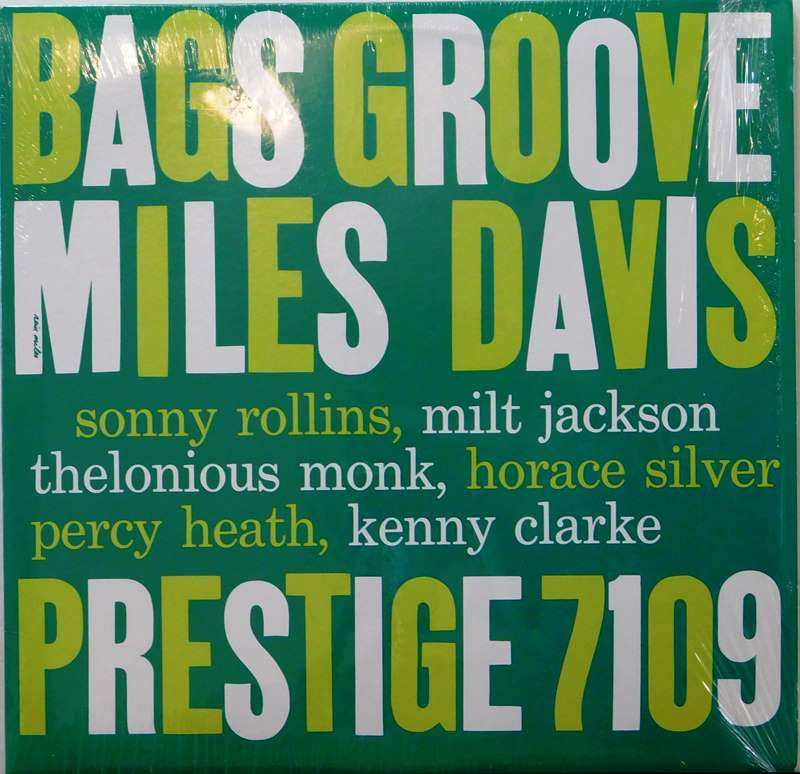 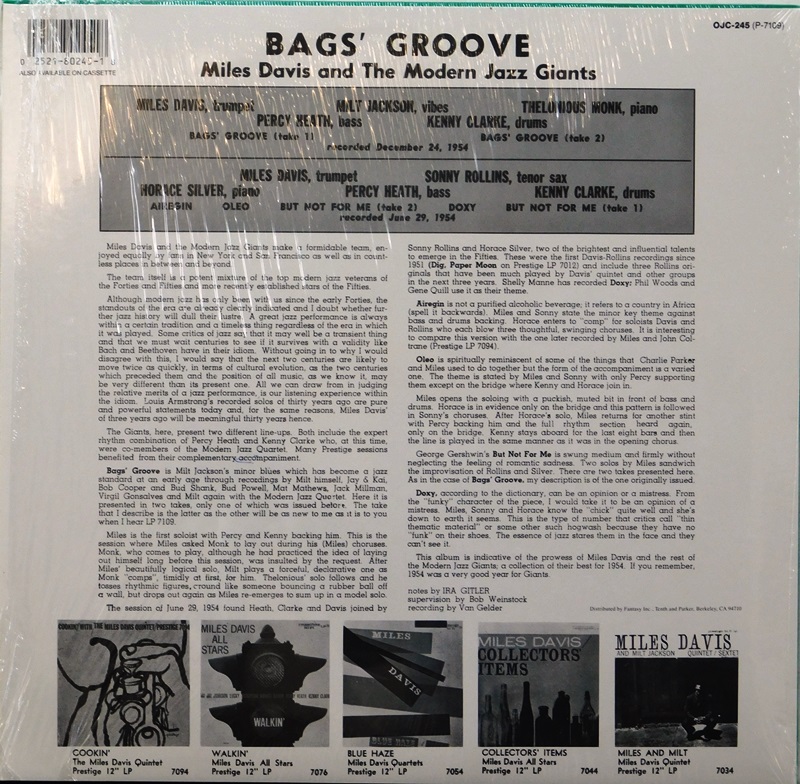 Bags' Groove (PRLP 7109) is a jazz album by Miles Davis, released in 1957 by Prestige Records, compiling material from two 10" LPs recorded in 1954, plus two alternative takes.

Both takes of the title track come from a session on December 24, 1954, the first version having been previously released on Miles Davis All Stars, Volume 1 (PRLP 196). ("Bags" was vibraphonist Milt Jackson's nickname.) The other tracks recorded during this session may be found on Miles Davis and the Modern Jazz Giants (PRLP 7150), and all of them are also featured on the compilation album Thelonious Monk: The Complete Prestige Recordings. The rest of the album was recorded earlier in the year, on June 29, and four of the tracks had already been released  as Miles Davis with Sonny Rollins (PRLP 187), with the fifth being a previously unreleased alternative take.