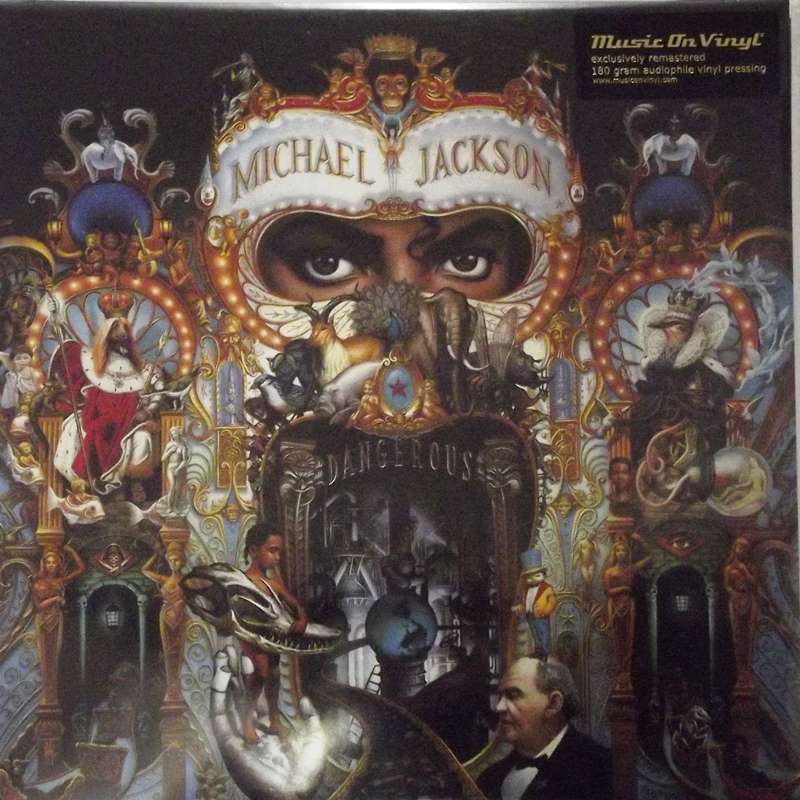 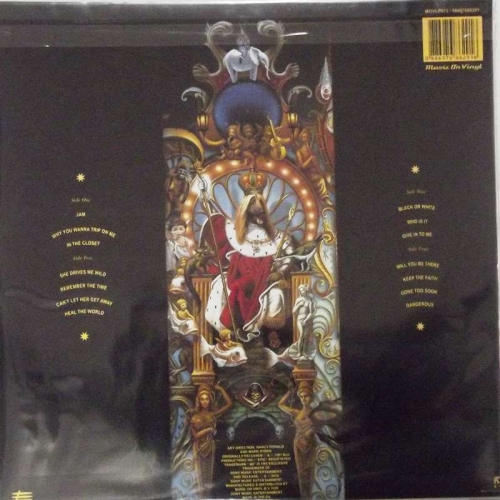 Brand new sealed reissue in Red and Black vinyl. Made in the EU.

Dangerous is the eighth studio album by the American recording artist Michael Jackson, released in November 26, 1991 as his fourth studio album released under the Epic Records label. lt is Jackson's first album since 1979's Off the Wall not to be produced by longtime collaborator Quincy Jones, who had agreed to split after the final recording sessions for Jackson's 1987 album, Bad. Dangerous has sold 32 million copies worldwide, 7 million albums were shipped in the United States alone, and has been cited as one of the best-selling albums of all time.[2][3] The album produced four top ten singles on the Billboard Hot 100 including one number-one. Similar to the musician's previous material, the album's music features elements of R&B, pop and rock while also incorporating a newer genre, new jack swing, after the inclusion of producer Teddy Riley to the project in a bid to present Jackson to a younger urban audience.

Dangerous took over a year in production. Lyrical themes expressed in the album included racism, poverty, romance, the welfare of children and the world and self-improvement, topics Jackson had covered before. Nine singles were released from Dangerous between November 1991 and December 1993, with seven singles issued in the United States, and two others released only outside the US. The two singles released outside the United States were successful, charting within the top ten and top forty respectively. Dangerous peaked at number one in nine countries, while charting at the top ten in four other territories. The only songs not released were "Why You Wanna Trip on Me", "She Drives Me Wild", "Can't Let Her Get Away", "Keep the Faith" and "Dangerous"; a video and a single release for the latter song was said to have been planned but was postponed indefinitely due to the musician's tour and later personal problems.

Dangerous was the first album to be produced fully by Jackson, with additional production from his friend, Bill Bottrell, and Teddy Riley. Jackson wrote twelve of the fourteen songs on the album. Dangerous received several Grammy nominations, winning only one for Best Engineered Album (Non Classical) by Bruce Swedien and Riley.[4] The album also got three nominations at the American Music Awards of 1993 ultimately winning 2 awards mainly: Favorite Soul/R&B Single for the single "Remember the Time" and Favorite Pop/Rock Album for the album itself. [5] In addition to commercial success, the album received critical acclaim from contemporary critics. It has been listed as the most successful album of all time in the new jack swing style.[6]