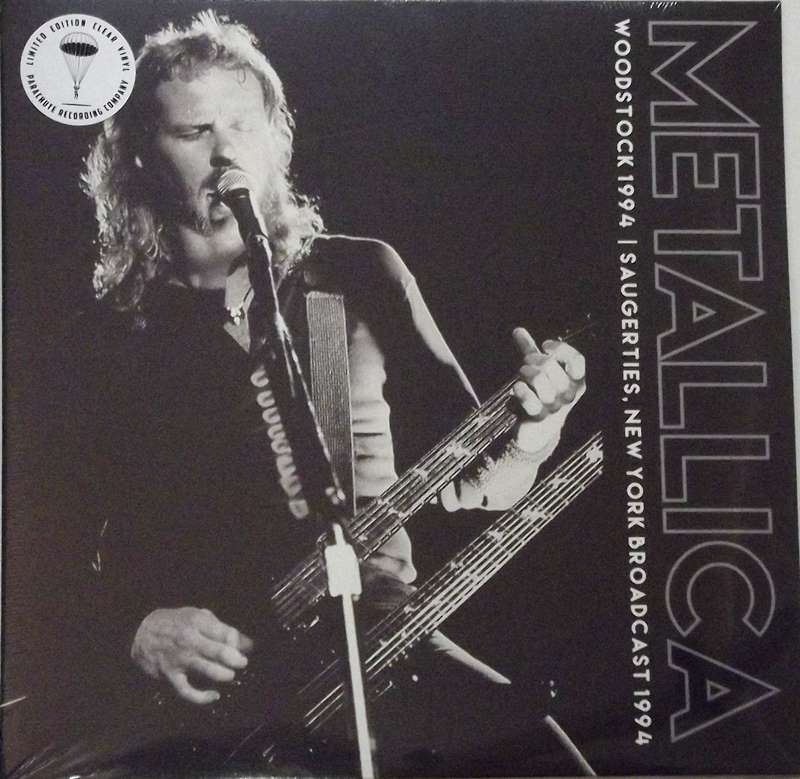 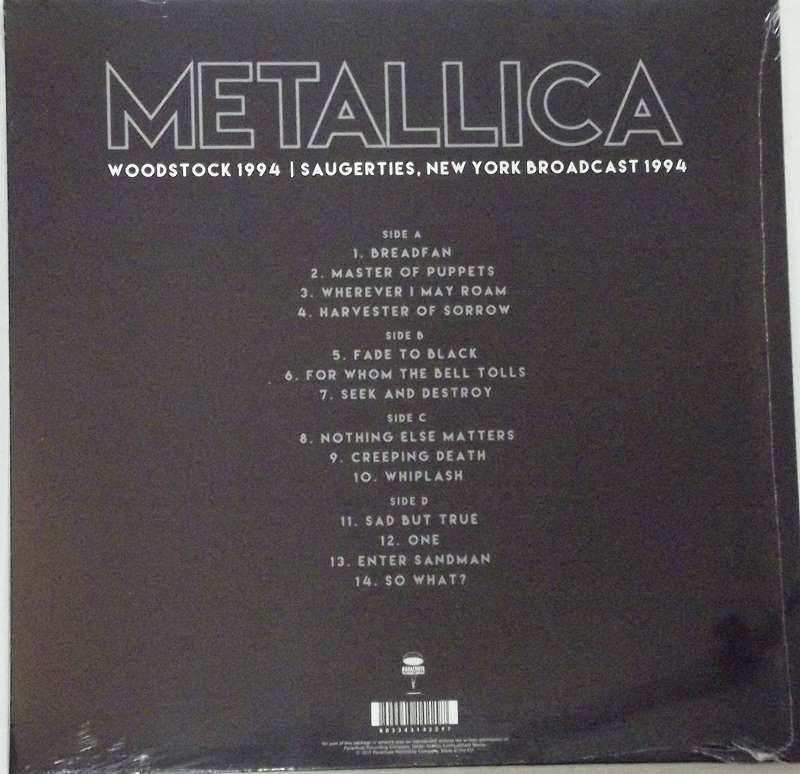 The first half of the 1990s was a period of mixed blessings for Metallica,  who by the middle of the decade had established themselves as one of the most  unstoppable forces in metal. Broadcast live on local FM radio and containing  cuts from their entire back catalog, including "Master Of Puppets", "For Whom  The Bell Tolls", "One" and "Enter Sandman", this release captures their entire  Woodstock performance which finds Metallica at the point at which they joined  the mega-league of rock bands.