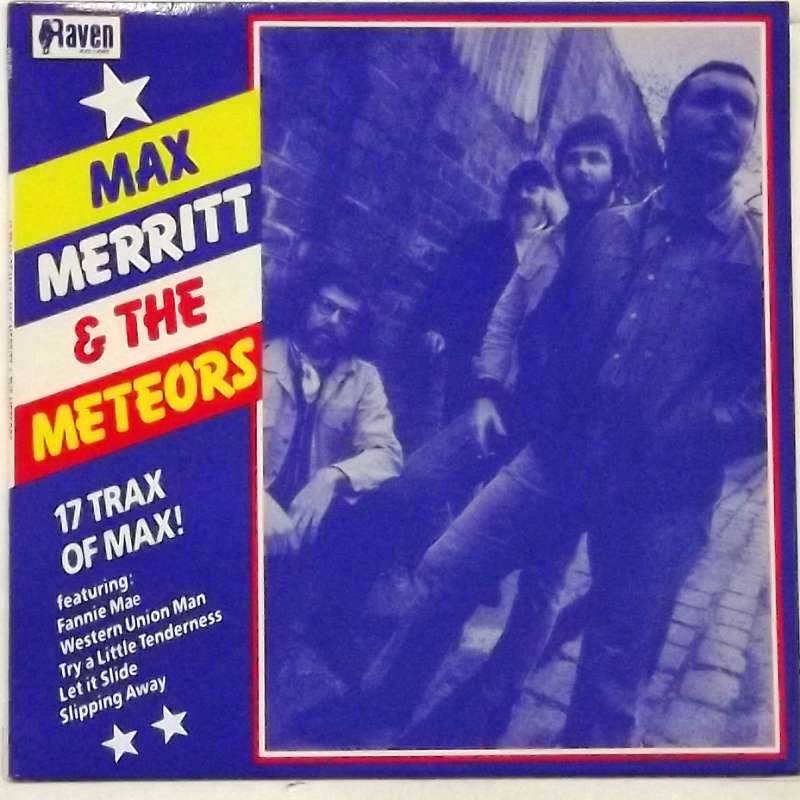 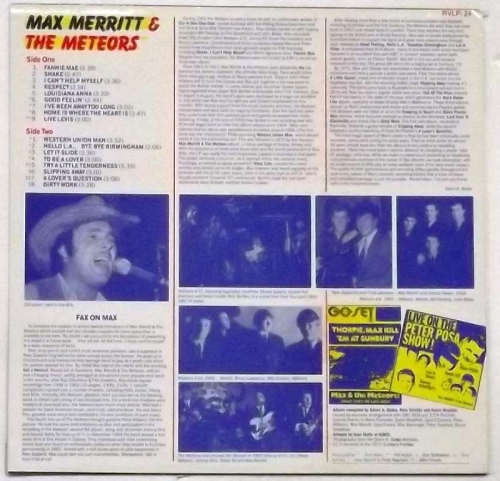 Max Merritt (born Maxwell James Merritt[1] in Christchurch, New Zealand on 30 April 1941)[2] is a New Zealand-born singer-songwriter and guitarist who is renowned as an interpreter of soul music and R&B.[3] As leader of Max Merritt & The Meteors his best known hits are "Slippin' Away", which reached #2 on the 1976 Australian singles charts, and "Hey, Western Union Man" which reached #13.[4] Merritt rose to prominence in New Zealand from 1958 and relocated to Sydney Australia in December 1964.[3][5][6] Merritt was acknowledged as one of the best local performers of the 1960s and 1970s and his influence did much to popularise soul music / R&B and rock in New Zealand and Australia.[3][5][6][7]

Merritt is a venerable pioneer of rock in Australasia who produced crowd pleasing shows for over 50 years.[8] He has engendered respect and affection over generations of performers which was evident at the 2007 Concert for Max[7] to provide financial support after it was announced he had Goodpasture's syndrome, a rare autoimmune disease.[9] The Australian Recording Industry Association (ARIA) recognised Merritt's iconic status on 1 July 2008 when he was inducted into their Hall of Fame