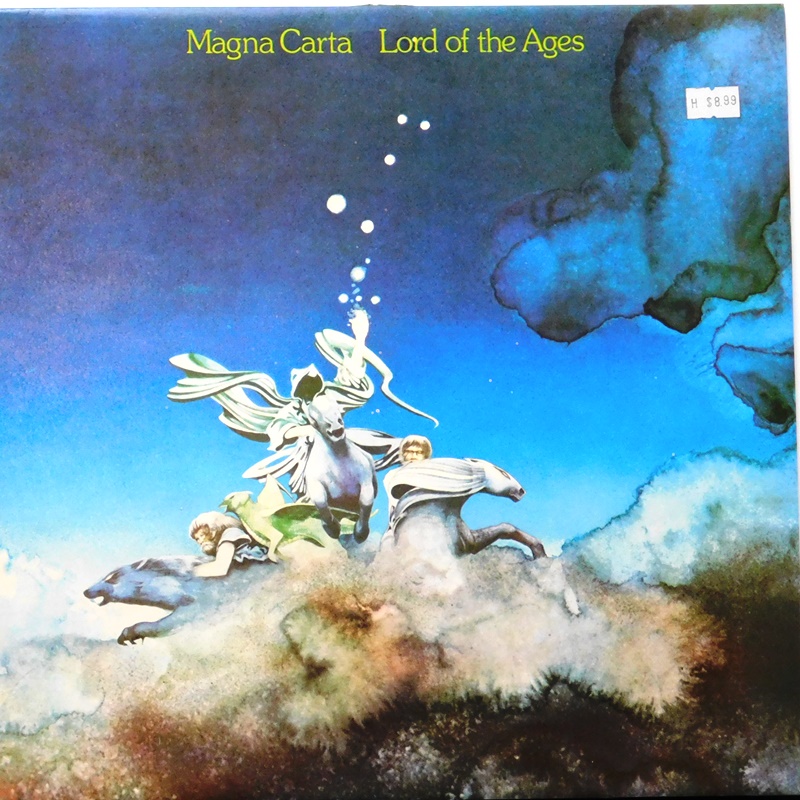 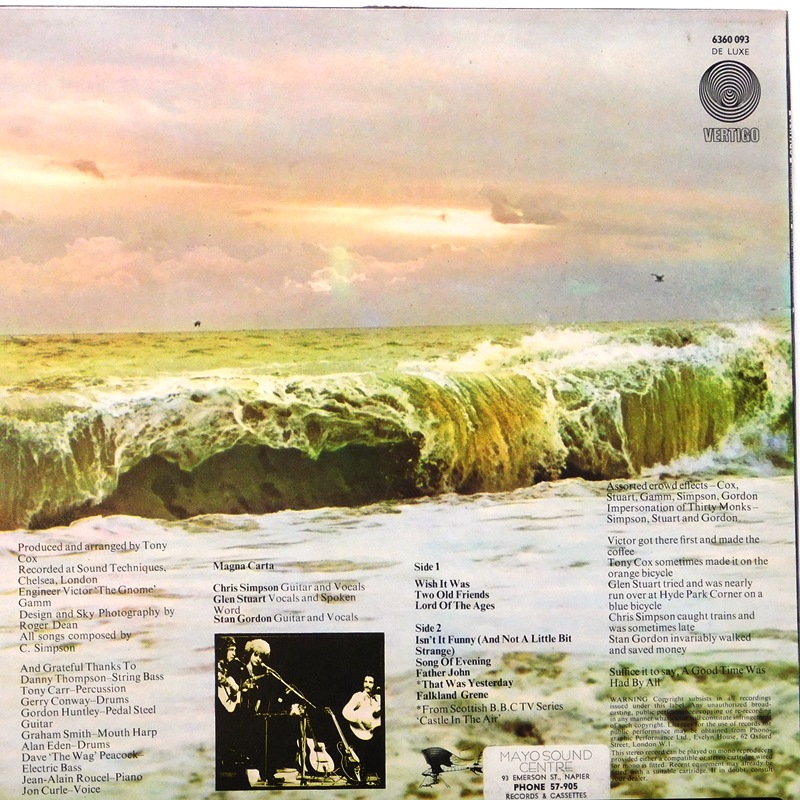 Lord Of The Ages

Lord of the Ages, Magna Carta's fourth studio album (and fifth overall, as it had been preceded by a live LP), had them breaking in new guitarist Stan Gordon after the departure of Davey Johnstone, with ubiquitous session great Danny Thompson on string bass. Varied and ambitious in scope, it's nonetheless at its core somewhat milquetoast folk-rock, more pop-influenced and lyrically lightweight than most of their early-'70s British folk-rock peers. Although the strong Simon & Garfunkel influences present on earlier albums were fading, "Two Old Friends" couldn't help but sound a little like a featherweight Paul Simon derivative. The ten-minute title track has a self-consciously pompous epic quality, and while the setting is reasonably attractive and pleasing, the theatrical tale-telling spoken narration and Greek-chorus somber backing vocals make it easy to make fun of as well. Elsewhere, very light country touches are heard on a couple cuts; "Isn't It Funny (And Not a Little Bit Strange)," in which the singer reports a conversation with a glow worm, is (probably unintentionally) too-cutesy folk-rock for the kiddies; "That Was Yesterday" gets close to prototypically sappy early-'70s singer/songwriterness with saccharine orchestral parts; and "Falkland Greene" is almost jarringly trad British folk-generated, with its sad, stark melody and recorder. The album was combined with the subsequent Martin's Cafe on the 1999 single-disc CD reissue Lord of the Ages & Martin's Cafe.