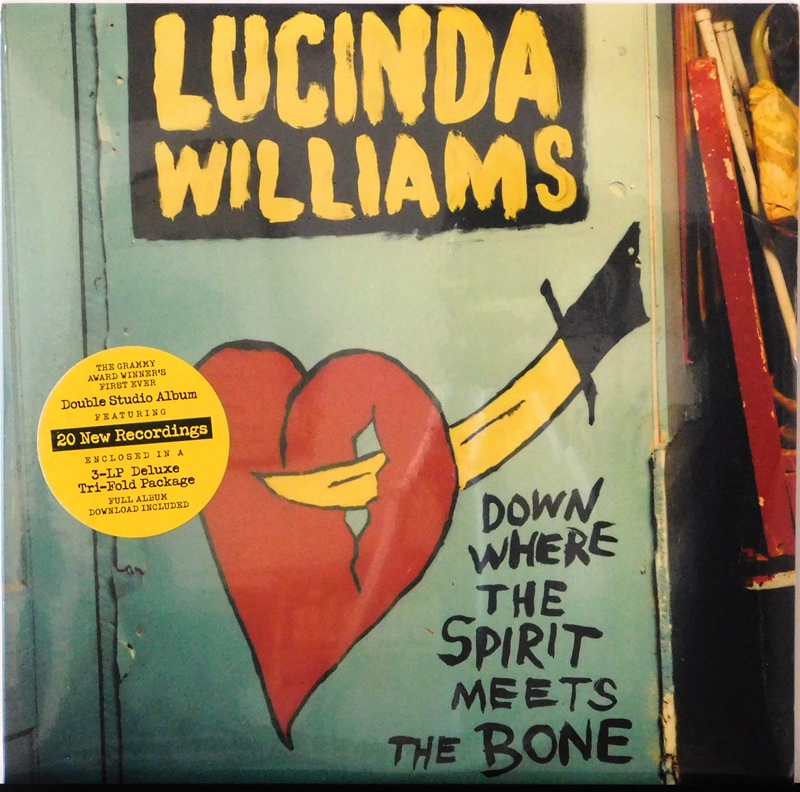 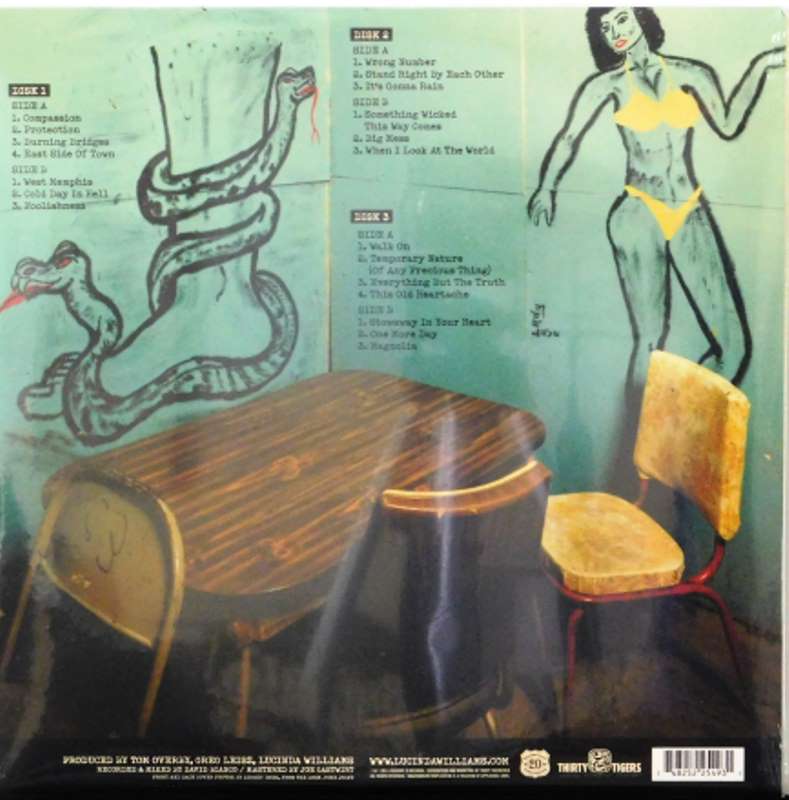 Down Where The Spirit Meets The Bone

Down Where the Spirit Meets the Bone is Lucinda Williams' eleventh studio album.  The double album was released on September 30, 2014. It is the first album on Williams' own Highway 20 Records label.[1]  The song "Compassion," from which the album title is derived, is based on a poem by her father, Miller Williams. It won the Americana Music Award for Album of the Year.

In 2017, the song "When I Look at the World" was covered by Kaitlin Doubleday as her character Jessie Caine on season five of the TV series Nashville.

The album received acclaim from music critics. "[T]hough this doesn't always sound like an album where Williams is challenging herself musically, for a musician who has long believed in the power of nuance, this is an album that feels unerringly right for her, full of sweet and sour blues, acoustic pondering, and simple, bare bones rock & roll that slips into the groove with Williams' literate but unpretentious songs," writes Mark Deming at AllMusic.[1]  The New York Times says, "On past albums Ms. Williams has portrayed herself at moments of rage, excess and grief; now she prefers stability. Her songs are fully aware of wounds and pitfalls, but they’re more likely to be looking back or looking outward."[12]  Tom Moon writes at NPR, "She's always been able to conjure brokenhearted misery from a single note; now, she can ramp up to fury that quickly, too. And resignation. And let's face it: In terms of pure expression, no singer in popular music can touch Williams when she's calling from the lonely outskirts of Despairville. She sounds like it's her permanent residence, that place down deep where the spirit meets the bone."[13]