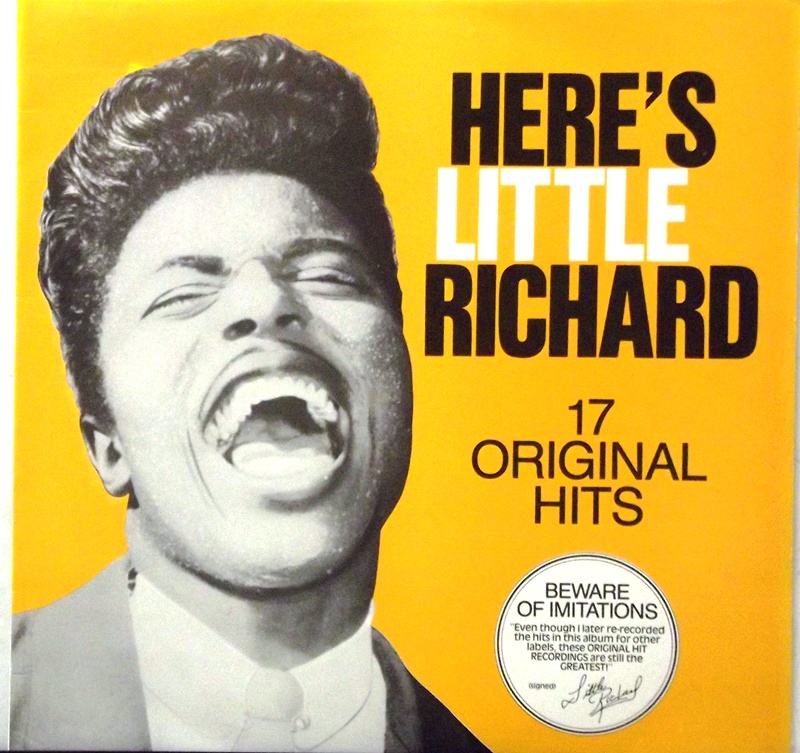 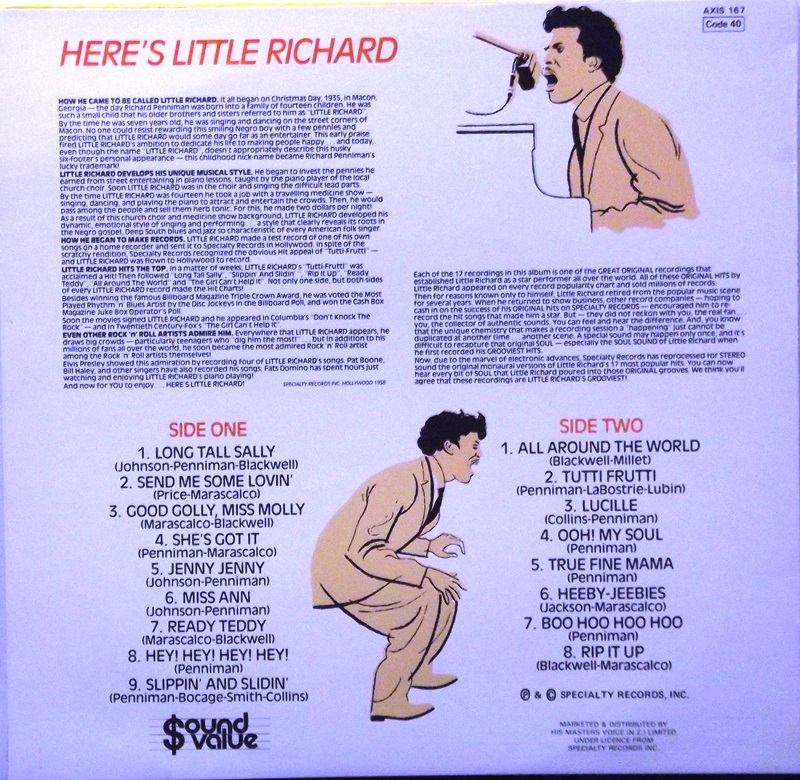 Here's Little Richard is the debut album from Little Richard, released on March 1957. He had scored six Top 40 hits the previous year, some of which were included on this recording. It was his highest charting album, at 13 on the Billboard Pop Albums chart. The album contained two of Richard's biggest hits, "Long Tall Sally", which reached No. 6, and "Jenny, Jenny", which reached No. 10 in the U.S. Pop chart.