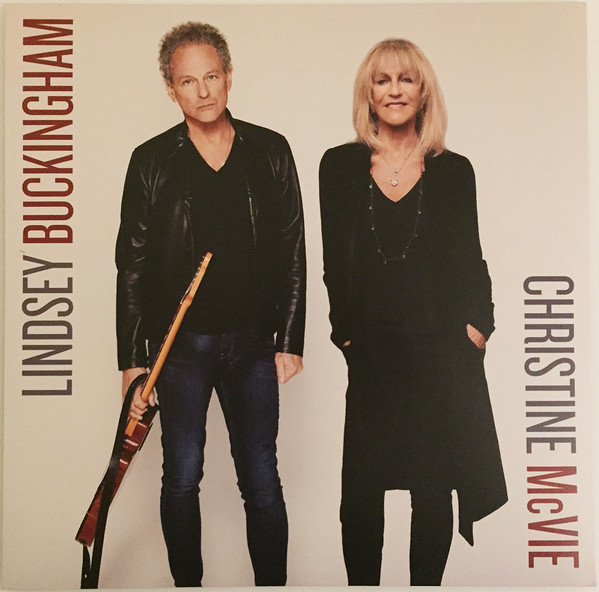 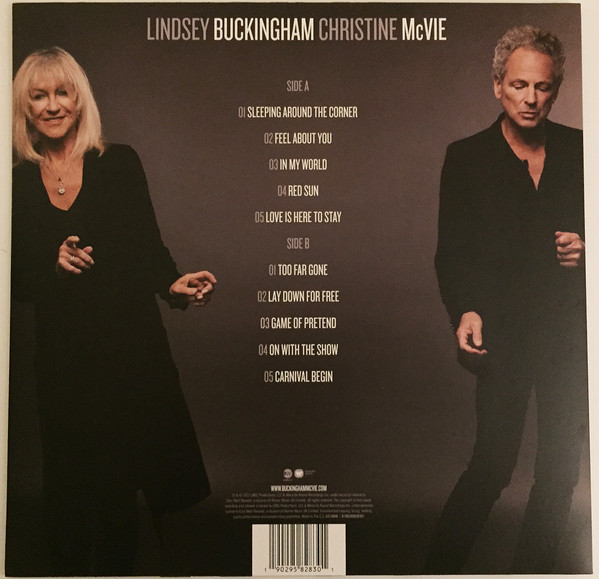 Lindsey Buckingham Christine McVie (also referred to as simply Buckingham McVie) is a studio album by Fleetwood Mac vocalists Lindsey Buckingham and Christine McVie, released on June 9, 2017.[1][4] Four of the five "classic members" of Fleetwood Mac are featured on the album; vocalist Stevie Nicks is the sole member absent.[5] The album sold over 22,000 units in the United States in its first week and debuted within the top 20. It proved to be even more successful in the United Kingdom, where it debuted within the top 5. In November 2017, the album was also certified silver with sales exceeding 60,000 units

A few months after Christine McVie rejoined Fleetwood Mac in 2014, she and guitarist Lindsey Buckingham reconvened at Studio D at the Village Recorder in Los Angeles. The band had previously used the studio to record their 1979 album Tusk. To flesh things out, the rhythm section of Mick Fleetwood and John McVie provided the album's drums and bass.[6] By the end of the two-month session, they had already laid down eight songs, including "Carnival Begin", "Too Far Gone" and "Red Sun".[7] Recording was then put on hold when Fleetwood Mac began preparations for their On with the Show tour.[8] While Buckingham and McVie were able to rekindle their musical chemistry during these sessions, neither of them expected the project to progress any further.[9] McVie and Buckingham ultimately decided to release the album as a duo, although John McVie and Mick Fleetwood provide bass and drums.[10] Work commenced at the end of 2016, more than two years after the initial recording sessions.[11]

In the album's early stages, McVie would send Buckingham some demos to work on. McVie contributed lyrics and helped Buckingham develop his own compositions. "She would write lyrics and maybe paraphrase the melody — and come up with something far better than what I would have done if I'd taken it down the road myself.”[12] Two of those songs, "Red Sun" and "Too Far Gone", started off in this fashion.[13]

The complete track list was released on April 11, with Buckingham released this joint statement: "We were exploring a creative process, and the identity of the project took on a life organically. The body of work felt like it was meant to be a duet album. We acknowledged that to each other on many occasions, and said to ourselves, 'What took us so long?!'"[1] "Feel About You", was released on April 27 as a promotional single. Co-written by both Buckingham and McVie, Rolling Stone described the track as "bubbly pop-rock" in nature with a "jangly, infectious chorus".[14] Buckingham confessed that the track was primarily McVie's composition, but altered it enough to warrant a co-writing credit.[15]

"Sleeping Around the Corner", the album's opening track, was previously included as a bonus track on the US digital edition of Buckingham's 2011 solo album, Seeds We Sow.[16] McVie took an immediate liking to the track, prompting Buckingham to finish it off.[17]