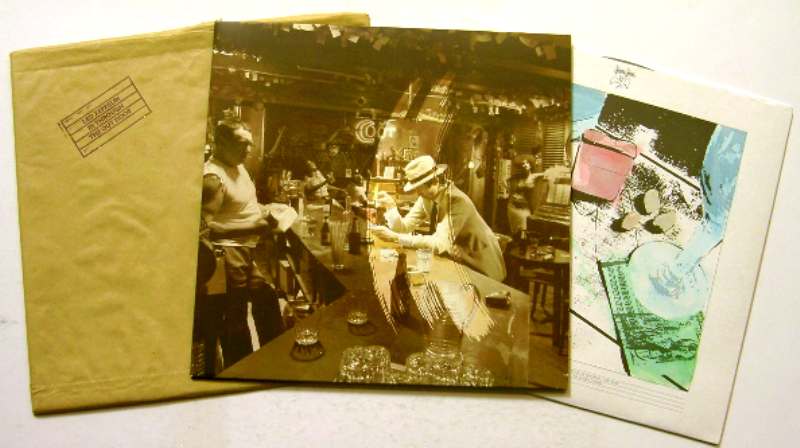 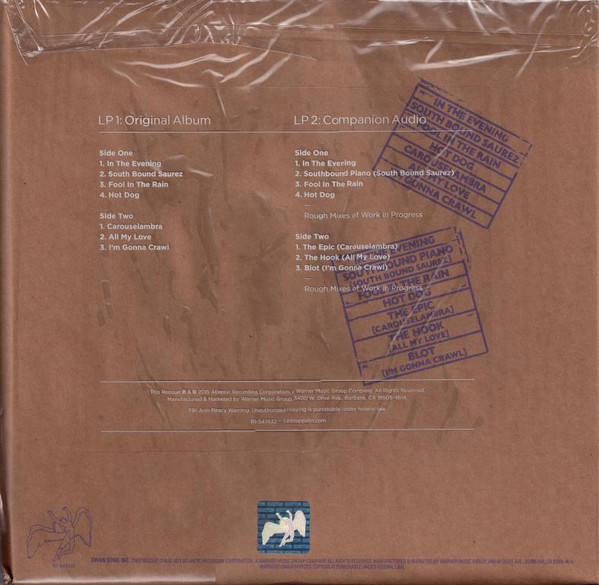 In Through the Out Door is the eighth and final studio album by the English rock band Led Zeppelin.[2] It was recorded in three weeks in November and December 1978 at ABBA's Polar Studios in Stockholm, Sweden, and released by Swan Song Records on 15 August 1979.[1] It was the last album released before drummer John Bonham died in 1980, leading the group to disband.

The album was a huge commercial success; it went to No. 1 on the Billboard 200 in just its second week on the American chart. It also went to No. 1 in the UK, Japan, Germany, Canada and New Zealand.

The album was named by the group to describe its recent struggles amidst the death of Robert Plant's son Karac in 1977,[3] and the taxation exile the band took from the UK. The exile resulted in the band being unable to tour on British soil for over two years, and trying to get back into the public mind was therefore like "trying to get in through the 'out' door".[4]

The group began rehearsing material in September 1978. After six weeks, they travelled to Polar Studios in Stockholm to begin recording.[5] In contrast to previous Led Zeppelin albums, In Through the Out Door features much greater influence on the part of bassist and keyboardist John Paul Jones and vocalist Robert Plant, and relatively less from drummer John Bonham and guitarist Jimmy Page, who often failed to show up on time at the recording studio. Bonham was struggling with alcoholism and Page was battling heroin addiction.[6] Jones later said, "there were two distinct camps by then, and we [Plant and I] were in the relatively clean one."[7] Many of the songs were consequently put together by Plant and Jones during the day, with Page and Bonham adding their parts late at night.[8] Jones was inspired by the Yamaha GX-1 synthesizer he had recently purchased, and he was "working closely with Robert, which was something that had not happened before".[9]

After the recording sessions at Polar, the album was mixed at Page's personal studio at his home in Plumpton.[4] "Wearing and Tearing", "Ozone Baby" and "Darlene"—the latter a boogie-woogie based song credited to all band members—were recorded during sessions for this album, but were dropped because of space constraints. All later appeared on Coda.[10]