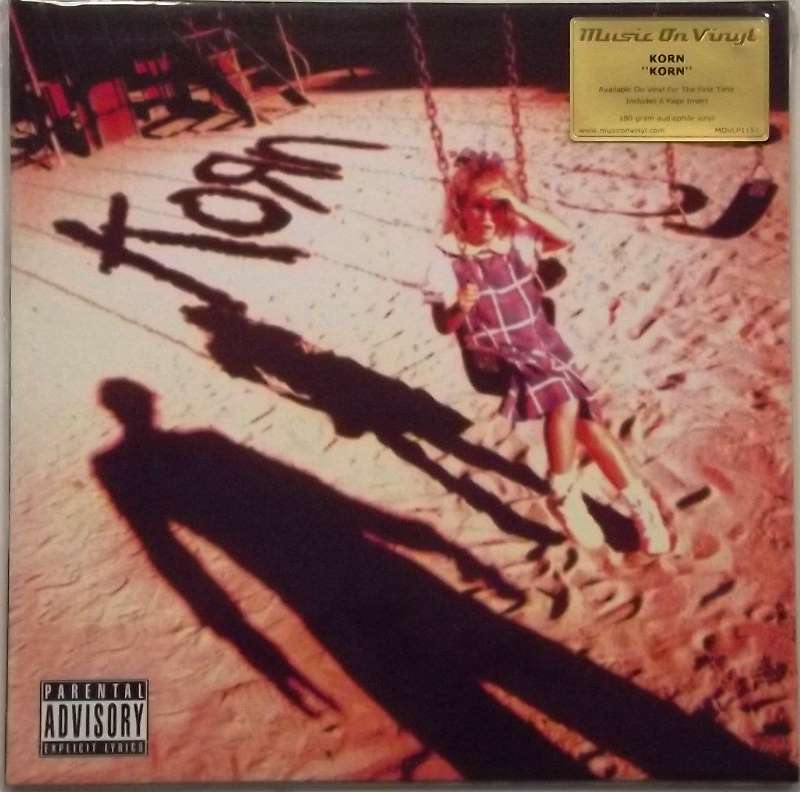 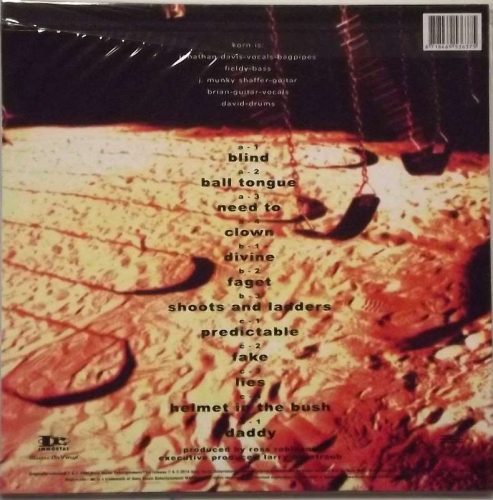 Brand new sealed 180 gram double album available for the first time on vinyl, includes 6 page insert. Made in the EU.

Korn (printed as KoЯn) is the eponymous debut studio album by the American nu metal band Korn. It was released on October 11, 1994, through Immortal/Epic Records The album's themes mainly are based on topics such as child abuse, drug abuse and bullying. The controversial album artwork depicts a young girl being approached by a large man who is holding what appears to be a horse shoe or, more presumably, blades; furthermore, the girls' shadow gives the appearance that her body is being hanged due to the position of the band's logo. Photography was done by Stephen Stickler, and the design was directed by Jay Papke and Dante Ariola. The first single "Blind" charted at number 15 on the Canadian Alternative 30, the album peaked at number ten in New Zealand as well as number seventy-two on the Billboard 200. The debut album has sold over 4 million copies in the US according to Nielsen SoundScan as of January 4, 2013. The album has now sold over 10 million copies worldwide, and is considered to have popularized the nu metal genre.