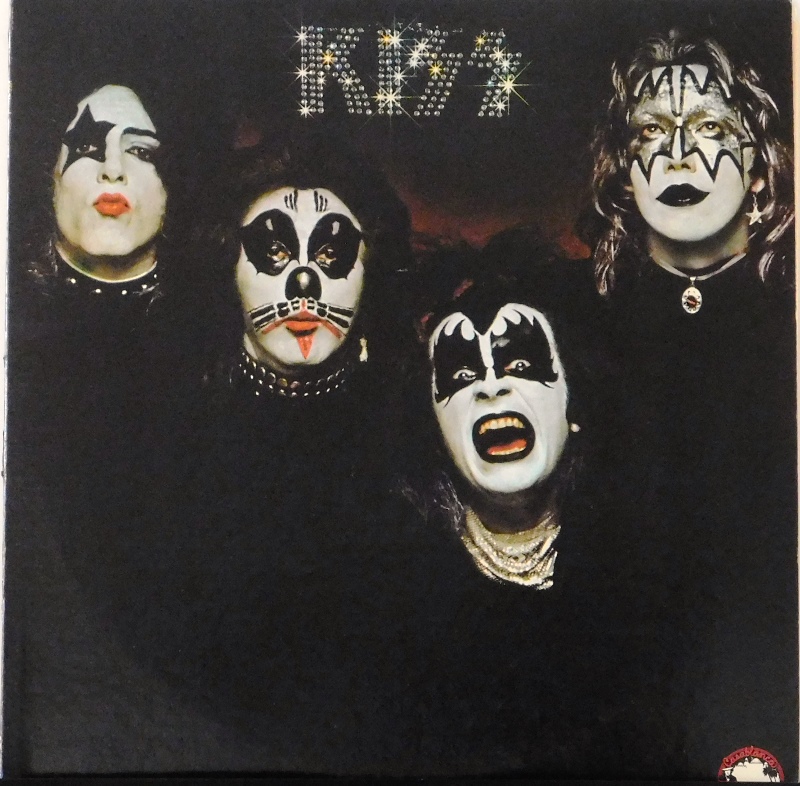 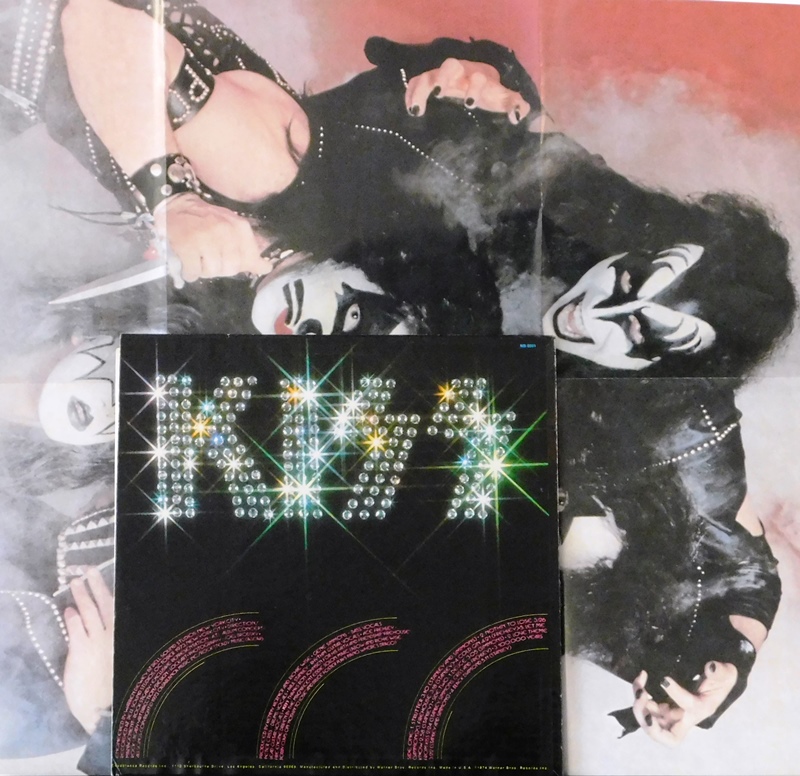 Kiss is the debut studio album by American rock band Kiss, released on February 18, 1974. Much of the material on the album was written by Gene Simmons and Paul Stanley, as members of their pre-Kiss band Wicked Lester. Simmons estimated that the entire process of recording and mixing took three weeks, while co-producer Richie Wise has stated it took just 13 days.[10]

The album was recorded at Bell Sound Studios in New York City, which was owned by the company that owned Buddah Records. Neil Bogart, founder of Casablanca Records, was an executive at Buddah prior to forming Casablanca.[10] Casablanca Records held a party at the Century Plaza Hotel in Los Angeles to celebrate the West Coast release of Kiss (February 8) and to introduce the record company to the press and other record industry executives.

In keeping with the Casablanca theme, the party included palm trees and a Humphrey Bogart lookalike. Kiss performed their usual loud and bombastic stage show, which turned Warner Bros. Records (Casablanca's record distributor) against the group.[10] Soon after the show, Warner Bros. contacted Neil Bogart and threatened to end their deal with Casablanca if Kiss did not remove their makeup. With manager Bill Aucoin's backing, Kiss refused. Shortly after the release of Kiss, Warner Bros. released Casablanca from their contract.[10]

Kiss began their first album tour with a performance at the Northern Alberta Jubilee Auditorium in Edmonton, Alberta on February 5, 1974. A few weeks later, they made their first national TV appearance on ABC's In Concert, followed by a performance of "Firehouse" on The Mike Douglas Show. During the interview portion of the show, Gene Simmons declared himself to be "evil incarnate", eliciting nervousness, confused reactions from the studio audience, to which comedian Totie Fields humorously commented, "Wouldn't it be funny if he's just a nice Jewish boy underneath the makeup?" Although neither confirming or denying his Jewish heritage, Simmons replied, "You should only know", to which, Fields countered, "I do. You can't hide the hook", referring to Simmons' nose.

The album's cover showed the group positioned against a black background in a pose visually reminiscent of the Beatles' With the Beatles album (Peter Criss stated that this was the visual effect the band was looking for). Gene Simmons has since stated that Meet The Beatles was a big inspiration to him. Three of the four band members applied their own makeup for the album cover photo, as they usually did, but Criss' "Catman" makeup was applied by a professional, whose work came out looking quite a bit different from the look Criss had established, and to which he would return immediately afterward. Ace Frehley, wanting to impress the other members of Kiss, dyed his hair with silver hairspray, which easily came out with shampoo.[10] According to Criss, photographer Joel Brodsky thought Kiss were literally clowns, and wanted to place balloons behind the group for the shoot.[11] Brodsky denied this, chalking it up to imagination.[10] As this was also the first album for the group, they still had yet to perfect the look they would come to be known for later on. For example, Simmons' "Demon" makeup, while noticeable as his, appears rough and not in the definitive form he later became known for.